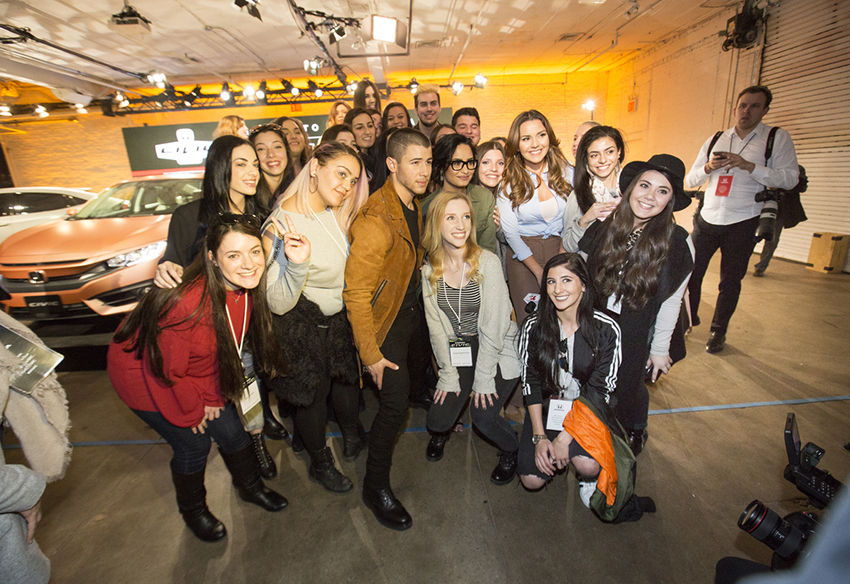 Honda on March 22 announced at a “Race Cars and Rock Stars” press event at the New York Auto Show that Demi Lovato and Nick Jonas will headline its 2016 Honda Civic Tour. At each stop on the 37-city tour, one ticket holder and a guest will receive a backstage VIP experience, including an arena tour, a peek inside the artists’ tour bus, a private meet-and-greet and the chance to walk on stage prior to the show. Fans also can enter to win a 2016 Honda Civic Sedan designed and autographed by Lovato and a Honda Grom motorcycle customized and signed by Jonas, and take advantage of a buy-two, get-two ticket offer.

That’s big news for the young consumers Honda is targeting with its music sponsorship strategy, but for event marketers, the announcement also underscores the value of music sponsorship as a marketing platform. The Honda Civic Tour has entertained millions since its launch in 2001. And during that time, the Honda Civic has become the top-selling car to people under age 35 for the last 11 years, according to Nick Lee, national advertising manager at Honda.

Building on that success, the brand two years ago rolled out Honda Stage, a music platform that in partnership with Vevo, iHeartMedia, various music labels, Universal Music Group and other tie-ins encompasses a YouTube channel as well as 200 live events. It also includes naming rights on the stages at the Governor’s Ball on Randall’s Island in New York City, Music Midtown in Atlanta and Austin City Limits. 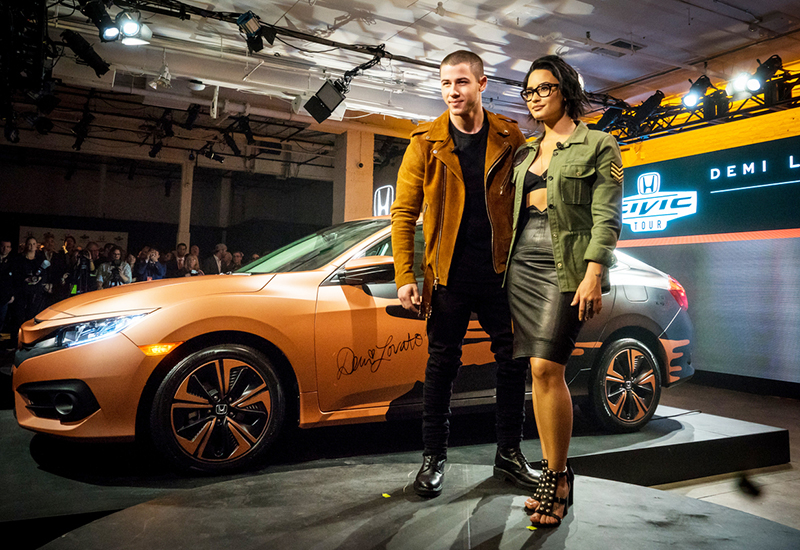 “Music is really a passion point for younger people, and it’s a great way to get in front of consumers and younger people in a non-traditional way,” says Nick Lee, national advertising manager at Honda.

It’s also a great way to generate leads for dealers in markets where the concerts and festivals take place. “Our music festivals and Civic Tour have proven to be one of the top two or three besides auto shows that help us generate leads,” Lee says. “If we can capture those people for their first purchase, maybe they will stay with Honda all throughout their purchase funnel, so I think it exponentially grows.”

The Honda Civic Tour includes an on-site marketing space where fans can interact with the vehicles, though the activation has evolved over time to become more digital, like Honda Stage. “At first it was very experiential focused, with lots of marketing on-site, handing out papers and getting people to sign up at the event,” Lee says. “Now, people can enroll online, and we have video and content online as well. We also have a Civic Tour history page that takes a look back at the customized cars.”

For the most part Honda branding at the music festivals is discreet, and Gen Y likes the soft sell. “People sign up for more information and then can opt in themselves,” Lee says. “We don’t automatically put them into our CRM system. These are people who raise their hands and say they would like to hear more.” That is, hear more about Honda as well as some really cool music. Agency: Marketing Factory, Venice, CA.