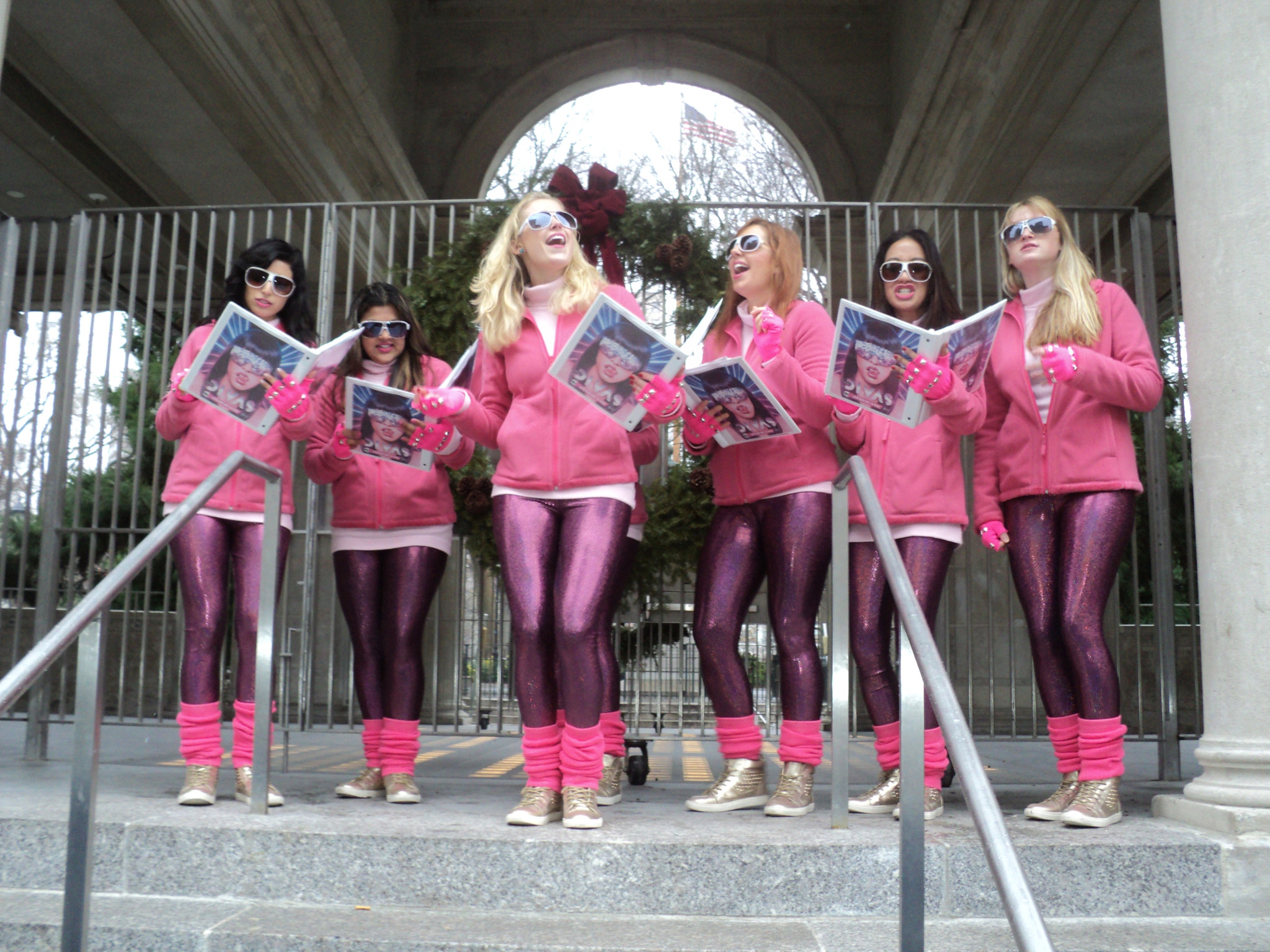 To promote its television broadcast of “VH1 Divas,” a showcase of today’s top pop singers, the VH1 channel on the afternoon of Dec. 16 sent out a group of carolers to roam the streets of Manhattan to perform songs a capella for passersby in a guerrilla-style effort to get people to tune in. Nevermind the traditional garb or old-time carols, however, as these were no ordinary carolers—they were “diva” carolers decked out in pink and glitz.

The team of five Broadway singers and a beat boxer, as well as two brand ambassadors traveling in a vehicle to follow the group’s stops, sang pop hits like Cyndi Lauper’s “Girls Just Wanna Have Fun” and Whitney Houston’s “I Wanna Dance with Somebody.” The singers canvassed the city, performing outside of retailers like Macy’s, in public areas such as Union Square as well as in subway stations—even in a subway car.

“Everybody is so busy this day and age and getting bombarded by so many marketing messages, so if there’s something unique and compelling that can kind of stand out from that on the day of the event, I like to think it helps increase your ratings,” Wendy Weatherford, vp-partnerships and promotions at VH1, told Buzz. “And of course, always, the social media buzz is what we’re looking for these days, so when I saw people out on the streets with their smartphones taking pictures or taking video, I knew it was a success.”

Some 3,300 chocolate samples, the entire stock for the event, were handed out along with 800 disco ball key chains over the four hours the singing took place. Agency: Grand Central Marketing, New York City.