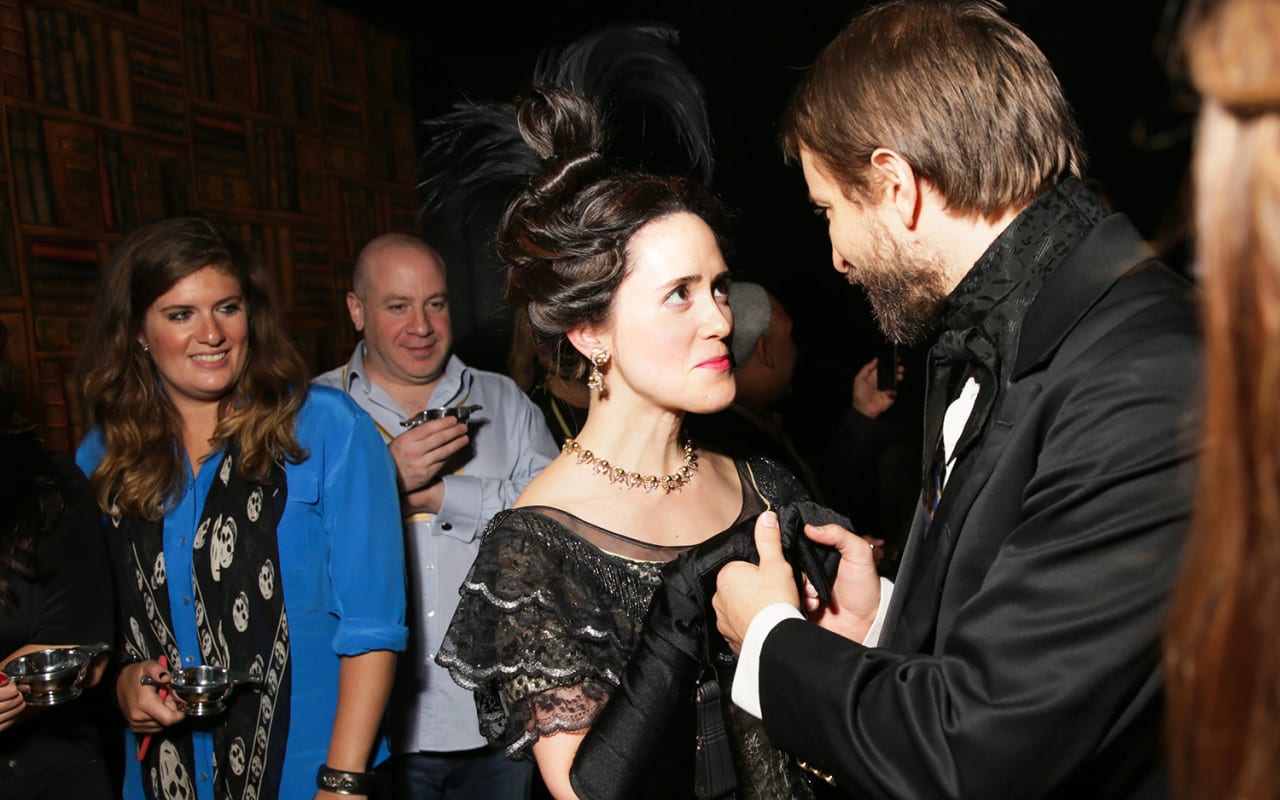 There’s something visceral about a live performance—the feeling that “anything can happen,” the powerful emotions it can elicit and the human connection that rarely comes through on a screen. And in the age of second screens (and more) event marketers are leveraging tactics like live theater to offer something decidedly analog with the two-for-one thrill of seeing a “show” on top of a product demo. There’s a two-for-one deal in it for event marketers, too: the opportunity to capture fascinating content that artfully showcases a brand’s history or capabilities.

Here, we take a look at a few recent activations involving live performance.

LG Goes for a Tony

Six performances throughout the day showcased the capability of the unit to wash two loads at the same time and involved a 14-foot version of the LG TWIN Wash laundry pair unit, 16-foot-tall puppets and six dancers specializing in martial arts, acrobatics and Capoeira (a Brazilian martial art). Each culminated with the “delicate” and “regular” cycle artists vying for position in the giant front-loading washer structure. LG captured content from the live performances for a 60-second digital commercial spot helping to promote the availability of the pair in stores.

“In the past we’ve done events that were more media- and p.r.-centric, but we wanted this to be a consumer experience where people could look, feel and touch and see a performance that brings to life the benefit of the product in an exciting and interesting way,” says Angela Smith, director-brand marketing and communications for home appliance at LG Electronics USA.

Bacardi in November placed five of its single malt Scotches at center stage with an immersive theatrical experience that served as a history lesson on Scotland’s deep rooted whisky-making process. Taking over a deserted retail space on Canal Street in New York City, the brand turned more than 300 customers, single malt enthusiasts and journalists into “single malt apprentices,” who journeyed through eight theatrical sets in groups of 30 to 50 people (Wonderland, New York City, handled).

It began with a surprise appearance by actor Chris Noth (“The Good Wife”) who broke the fourth wall by leading participants into one product narrative, where he was then absorbed into the scene. At the next stop, actor Chris McDonald (“Happy Gilmore”) joined in for the story of another product. From set to set, characters educated attendees on the distillery’s process, ingredients and on colloquialisms (at a local pub, they were rewarded with a taste of the single malt only after they asked for ‘a nip of the Buckie Road,’ as the locals do).

“When you have really rich stories to tell, bringing them to life in a 360-degree, multisensorial, immersive way, really gets people to remember the stories and to repeat them,” says Bryce Goodwin, senior brand manager of Bacardi’s whisky portfolio. “We wanted to be creative, innovative and introduce the malts in a way that when people leave, they actually remember the event they went to.” —K.S.

To highlight its acquisition by SAP and establish itself as a leader in the human resources management solutions space, Success Factors, a cloud-based software provider, took its exhibit at the 2015 HR Technology Conference & Expo to new heights—literally. Success Factors incorporated a 20-foot-tall vertical wall within its exhibit footprint and unleashed a cadre of acrobats to scale it (Group Delphi, Alameda, CA, handled).

As the focal point of the footprint, the wall and acrobats wearing colorful head-to-toe bodysuits came to life every 30 minutes with a different vignette designed to tell a story about the brand through body language. In one vignette, the acrobats concluded their ascent with a heart shape to spread the brand message that “your people are the heartbeat of your organization.” From the combined experience of live performance, demos, touch-enabled learning walls and Fitbit giveaways, the brand recorded a 30-percent lift in leads over the prior year.

“…We wanted to go big, we wanted to show that we are the top HR company in this space, not only to our competitors but to our customers as well,” says Sue Deric, senior manager, SAP Events | Success Factors. “The performances were an integral part of the booth to drive awareness, and they really did make people stop and look.”