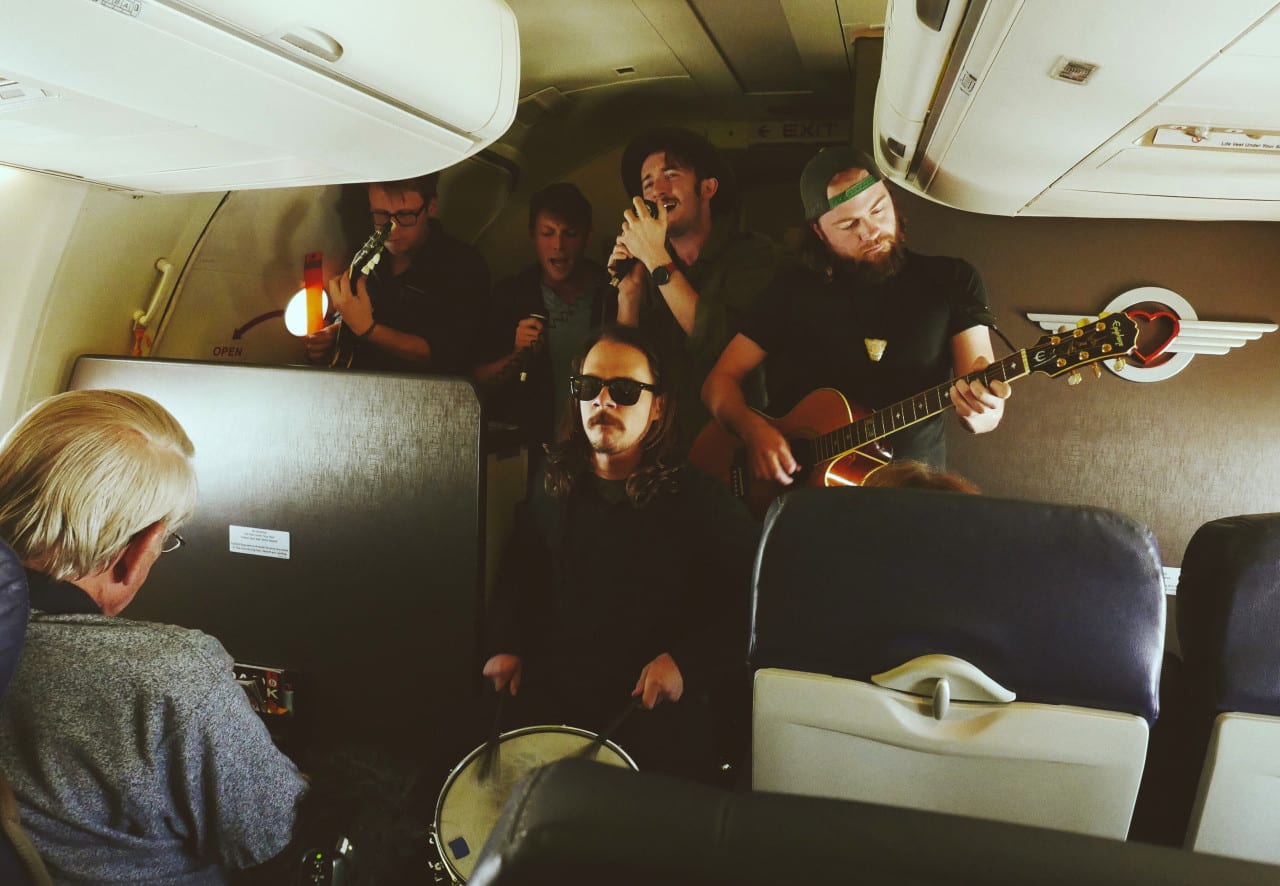 There’s in-flight entertainment and then there is in-flight entertainment the way Southwest Airlines does it—via in-flight experiences that take off in mid-air, literally. Its most recent, a performance this past April by indie rock band the Black Cadillacs to introduce its non-stop service from Dallas to Memphis as part of its Live at 35 program, which stands for Live at 35,000 feet. The airline has hosted other in-flight activations, including a fashion show that utilized the center aisle as a runway.

The Black Cadillacs performance came about through Southwest’s partnership with digital agency VML, which is based in Kansas City and connected the airline with another of its clients, the Tennessee Department of Tourist Development. “This was a cool experience for the 143 passengers on the plane, but we didn’t want to stop there,” says Michelle Agnew, communications specialist at Southwest Airlines. VML took photos and produced a video that it pushed on Southwest’s, the musicians’ and Tennessee tourism channels.

“The customer experience is No.1 for us, and the fact that we could utilize this unique experience to promote a revenue-generating commercial route is a feather in our cap,” Agnew says. “We like to utilize the plane as a platform that can extend a partnership beyond on-the-ground activations.” Agency: VML, Kansas City.