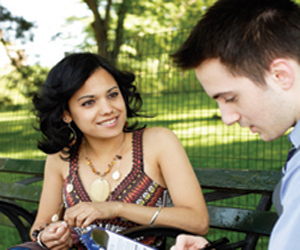 IN TODAY’S ECONOMIC ENVIRONMENT every trade show exhibitor or brand marketer worth their salt measures the value of their investment. They evaluate traffic flow in around and through their trade-show booth or event count attendee interactions and consider everything from signage to interactive activities and their effect on audience engagement. Interestingly despite the digital age in which they operate some of their most important findings are discovered the old-fashioned way. Siemens Health Systems found that good ol’ visual audits and face-to-face exit interviews along with quantitative analysis can be effective tools for maximizing its ROI at conferences and events.

When the Malvern PA-based health care conglomerate wanted to determine its return on
investment at HIMSS the annual Healthcare Information and Management Systems Society convention exit interviews visual audits and quantitative analysis were critical components in evaluating feedback from attendees and the effectiveness of its message at the conference.

“At previous HIMSS conferences we used surveys provided by HIMSS and they were more generic ” says Roger May senior director-marketing at Siemens. “It really didn’t get us the data we needed to figure out where we were getting the return on the conference. At a traditional conference most people look at leads as a major metric they would go after. Although leads were important for us we recognized there were other components that we were looking for that we thought may be as important. So we wanted to quantify that type of return.”

From a Siemens survey conducted in 2007 the company learned it was offering attendees too much information. “Our booth was pretty big and we had workstations and customer presentations as well as theater presentations as well as private demos with different messages all over the booth and they didn’t retain anything ” May says. Exit surveys the following year revealed the effectiveness of a more simplified message. “Based upon that post interview what

retained was very relevant and it went up fairly dramatically ” he says.

Siemens also combined surveys with lead management to assess attendees’ expectations from the booth. That analysis reinforced the less is more lesson and as a result the company reduced the number of workstations within its footprint from 36 to 15. “We were doing a shotgun approach ” he says. “Let’s do everything and see what’s going to stick and it was too much information. It was okay to say ‘we’re not showing that at this event this time.’ It was using the metrics which we had not truly taken advantage of and it was not that much money to actually get this [information] and it saved us a lot of money in the end.”

A visual audit by Marketech staffers who studied the flow and activity around the exhibit revealed that a good number of attendees in the booth were not being captured for lead generation. “They saw that people were coming into the booth but were not being engaged by the team ” he said. Visual auditors function like secret shoppers at trade shows and events and look at traffic flow around the booth or experience graphics the use of audio-visuals interactives signage and more and compare that to the competition.

Siemens’ visual audit prompted it to hire a third party to handle lead generation another positive change. Exit interviews are arguably the best way to measure the impact of an exhibit immediately after the experience. By asking attendees what prompted their visit what role they play in the buying process what elements they found most valuable interesting and memorable and whether they would recommend the exhibitor to a peer marketers gain valuable feedback. After all when it comes down to it people like someone standing there talking to them says Marketech360 founder and partner Marc Goldberg. For Siemens post-event surveys combined with visual audits and quantitative analysis were just what the doctor ordered.