The Quiet Side of Sponsorship - Event Marketer 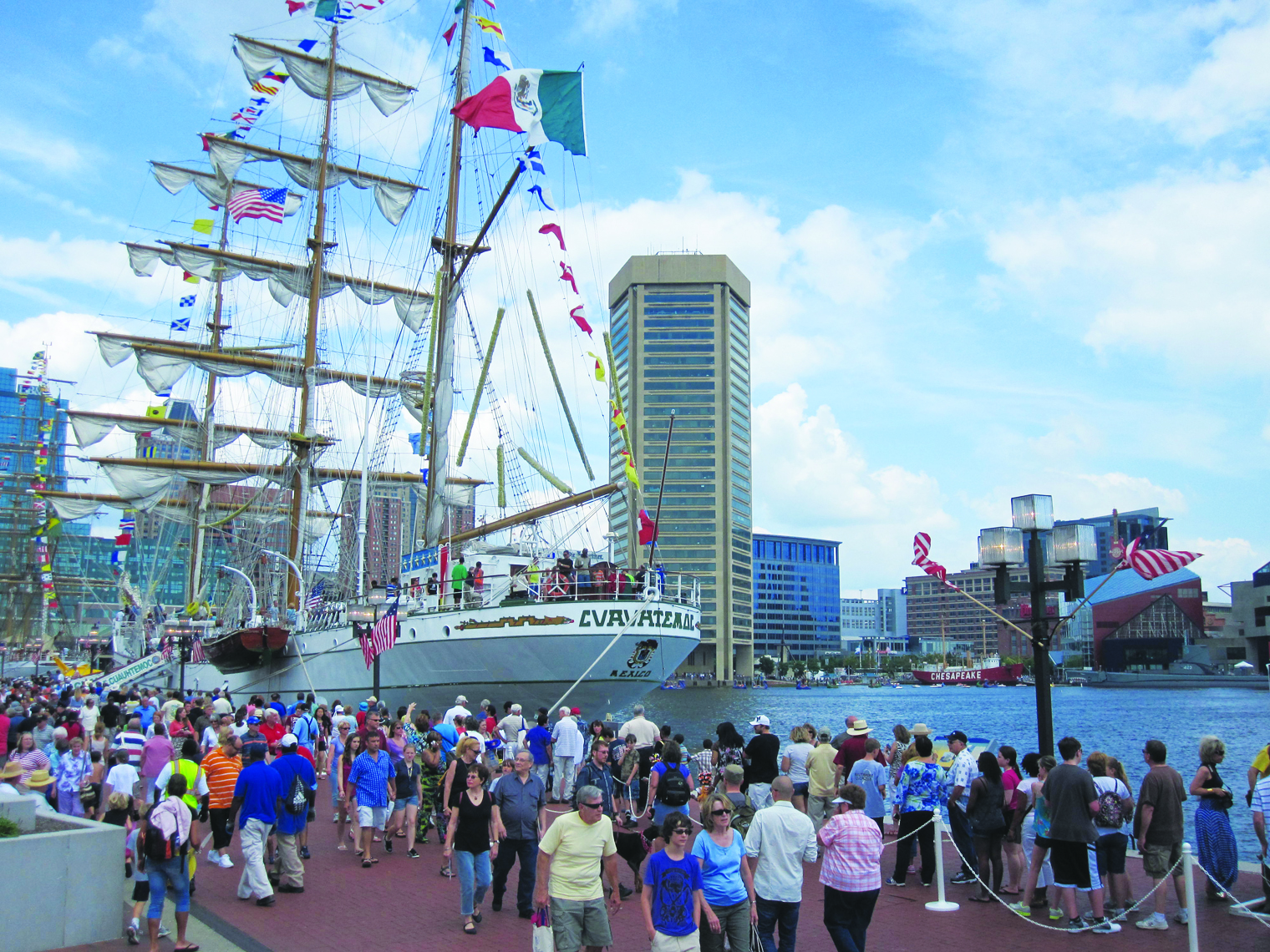 The Quiet Side of Sponsorship

Event sponsorship can be a large opportunity for brands to connect with attendees via contests, prize wheels and photo ops. But every so often, sponsors take a more behind-the-scenes approach that entails primarily financial support rather than glitzy activations. Take Baltimore’s recent Star-Spangled Sailabration, which took place earlier this summer and commemorated the bicentennial of that city’s role in the War of 1812 as the birthplace of the Star-Spangled Banner and our national anthem.

Sailabration featured an international parade of more than 40 tall ships in Baltimore’s Inner Harbor and a Blue Angels air show overhead. There were free tours of the ships, Navy elite parachutists, fireworks and free music. The event drew more than a million visitors to the harbor, nearby Fort McHenry and other locales. But when it came to the sponsors—and there were nearly two dozen of them—some went under the radar and let the city shine all on its own.

According to Star-Spangled 200, the non-profit affiliate of the Maryland War of 1812 Bicentennial Commission that is planning the events, which will continue through 2014, sponsors contributed more than $5 million. The state of Maryland kicked in another $6 million. Top sponsors included Constellation Energy, AT&T and Papa John’s, with Legg Mason, M&T Bank, Pepsi and Under Armour chipping in at lower levels. But when it came to sponsorship activation, AT&T, Papa John’s and M&T were the most visible. Others’ support was more behind-the-scenes.

Mike Schweder, president of the mid-Atlantic region of AT&T, found many reasons to participate. AT&T frequently sponsors events in communities where its employees live and work. The fact that the Bicentennial will continue for three years with a commemoration of the war in the Chesapeake in 2013, a symposium at the Naval Academy, educational heritage trails and more through September 2014, also helped. “There were any number of reasons—the uniqueness of it, and the length of it and all the things that were involved, including the total commitment of Governor O’Malley and the mayor,” Schweder says.

As presenting sponsor, AT&T showcased its smartphones and tablets in a booth centrally located in the Sailabration Village. Attendees could have a photo taken and emailed to them on the spot. As part of its national “It Can Wait” campaign to educate consumers about the dangers of texting and driving, AT&T brought in a car and simulator in which visitors could experience firsthand how a few seconds of texting can lead to disaster, then sign a pledge not to text while driving.

Papa John’s, a founding corporate sponsor of Star-Spangled 200, set up a tent in the main village where employees engaged the crowd with the story of the company and how it makes its products and had kids come up to “slap” the dough and sample its pizza. Besides marketing, PR, signage and advertising, the company also received exclusive vending rights, but that was not the main objective, says Bob Billman, vp-operations at Papa John’s.  “We are a global company, but we have deep roots in Baltimore,” Billman says. “We’re just around the corner and that’s what we wanted them to realize, that we’re a part of the community.”

For Billman, the event also offered the opportunity connect with other sponsors and observe how they activate sponsorships. “It’s been an incredible learning opportunity,” he says.

But other sponsors took a less visible approach. Baltimore-based Under Armour hosted the Blue Angels and the Navy ship the Kojima, which was docked near its headquarters. Under Armour did morning workouts with the Japanese crew each day.

Legg Mason, with its global headquarters in the city, likewise remained largely behind the scenes. Its former ceo and founder Chip Mason and current chairman and CEO Mark Fetting serve on the Bicentennial Commission, and the company sponsored a commemorative ceremony, but skipped a more obvious role in the week-long event. “We don’t do a ton of sponsorships because our target market is the financial community; we’re not consumer-focused,” says Peter Tovar, managing director, global brand communications at the investment firm.
“But because of our 113-year history in Baltimore and our location right on the Harbor, this made sense for us. Brand awareness wasn’t the objective here. It was more about supporting the organization and reinforcing the image of Baltimore.”

M&T Bank, on the other hand, sponsored the Chesapeake Family Zone with hands-on activities for kids that promoted environmental stewardship, water and boating safety and love of the Chesapeake Bay. Historic re-enactors and artifacts reinforced the importance of the War of 1812 in American history. Kids also got to make and float their own sailboats, while learning about weather, wind and tides.

“We’re big believers in activation,” says Brian Kasabula, marketing manager at M&T. “It’s a chance to do a lot of branding and impact the experience of the event.”

Quiet or not, the sponsors helped make it quite a Sailabration. EM