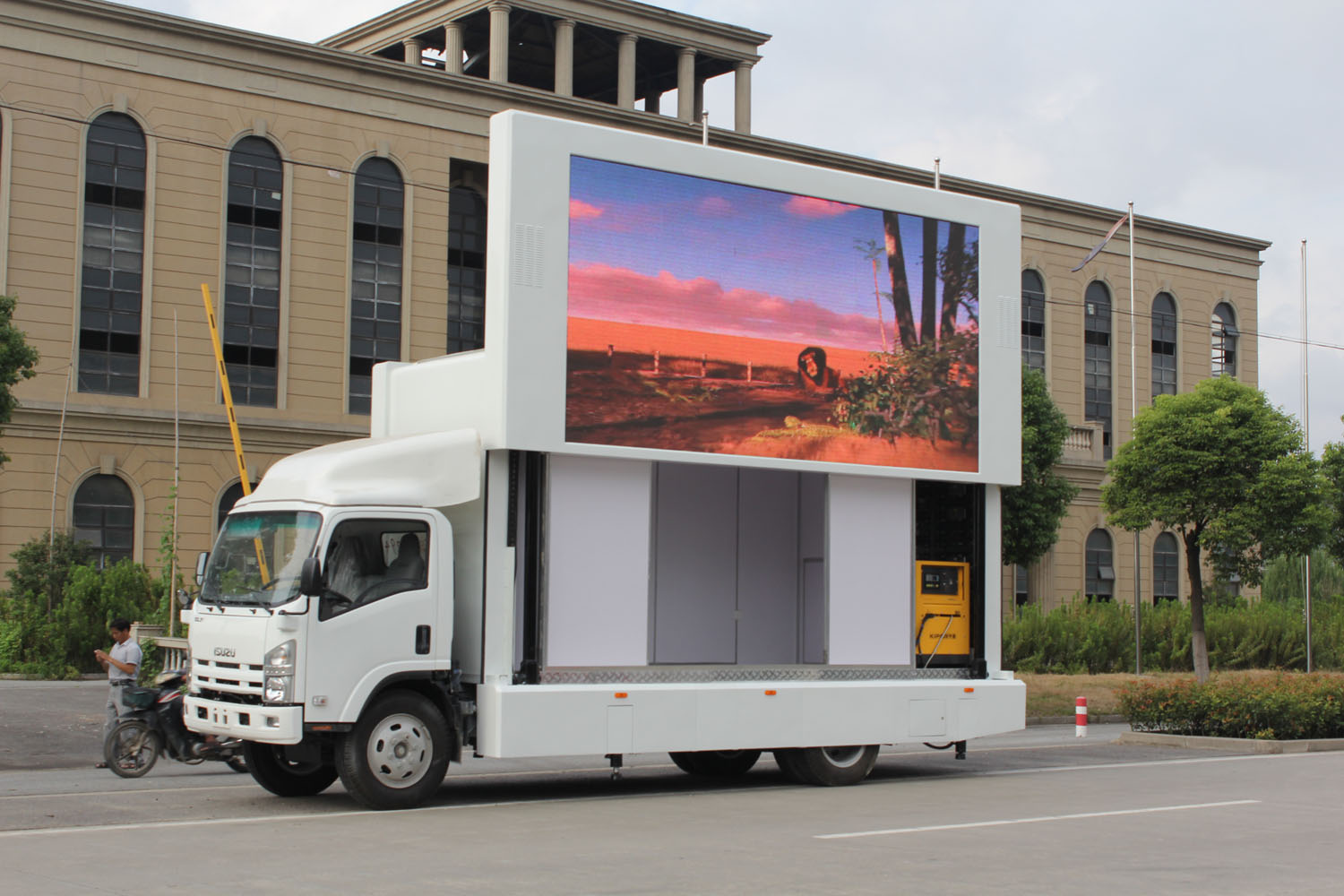 When it comes to mobile tours technology is one of the best ways to differentiate one truck from another. Graphics are eye-catching but for an engaging consumer connection high-tech touches such as lighting and sound effects interactive touchscreens and other cutting-edge gizmos make the experience memorable and worth the investment of time energy and dollars.

“Everyone is looking to stand out and be different with their vehicles ” says Joe Doyon general manager at custom vehicle fabricator Turtle Transit in Lancaster MA. “Bringing interactivity to the vehicle is critical.”

Here’s a look at some of the technologies driving mobile tours:

Plasma Screens. Plasma screens are hitting the road in new ways. The best example has to be the Degree 6—a 20-foot long six-wheeled Toyota FJ Cruiser that was extended by 38 inches to allow for a veritable bevy of electronics as it made its way on a 17-city tour for the Degree deodorant brand last summer. After all if you want to grab a guy’s attention you have to have all the bells and whistles. This futuristic vehicle—complete with flashing strobe lights—had it in spades. As it pulled up to entertainment and sporting events including Major League Baseball stadiums the press of a button put sound effects in action as a custom-designed suspension system on the vehicle’s roof lifted a 42-inch plasma TV. On screen: a promo loop for the Sci-Fi series “Eureka ” which is sponsored by Degree. At a second plasma screen guys got to try their hand at the newly released Aerosmith Guitar Hero for Wii then have their adrenalin level measured on a touchscreen LCD monitor that rose from a hydraulic lift on the passenger door. From its overall appearance to its strobe lights sound effects gaming and electronic capabilities this was one cool Cruiser. Design: Stage Active Brand Marketing Wilton CT; Build: Turtle Transit.

Movable Seats. Mobile tours are all about movement so why not bring the motion inside the truck with seats that move forward back right and left as part of a virtual driving event? Cinetransformer incorporates 42 of the seats into its latest expandable trailer design along with a 3D projection system for what it calls a “4D” theater experience. As soon as the guests take their seats the roar of engines fills the room. (Brands can advertise on the film clip at the beginning.) Then you’re off heading around the track. “People are on the ride with you as you’re driving around the track ” explains Matt Packer sales executive at Cinetransformer. As you put your pedal to the metal the seats swing back or lean to one side as you head into a curve. Sensory effects such as the wind blowing through your hair or the smell of the asphalt on the track can make the ride seem even more real.

Cinetransformer combines the program with a data collection system; you can also add a kiosk for t-shirts or a photo op. The biggest perk Packer says is the quick set-up time: it takes one worker an hour to set up same for break down. And with 42 seats there is a high throughput. “We try to get as many people through there at once to see the presentation as possible as many as 1 500 to 2 000 per day with a 15-minute video ” he says.

Deep-cycle Batteries. There’s nothing quite like a deep-cycle battery to get—and keep—your motor running. These heavy-duty batteries can supply the energy requirements of the trailer’s interactive computers sound and video presentation systems lighting and all other electrical components without the deafening sound of a generator ruining the consumer experience. The system typically provides up to 12 hours of continuous power and can be fully recharged in about five hours (or overnight) by plugging it into a household outlet.

“It gives our clients a green edge ” says Paul Muir vp-marketing at Toronto-based Mobilexhibit Corp. “In most instances mobile event marketing trailers must obtain power to operate either from a landline source or an on-board generator. And many cities are legislating local bylaws that prohibit an idling engine which applies to generators. This battery recharges as the tow vehicle and trailer are traveling from place to place.”
Another benefit: the trailer operation in event mode is emission-free.

LED. LEDs are actually semiconductors that convert electricity into light. They’re better at sending light in one direction than your usual incandescent or fluorescent bulbs so they’re useful under counters in hallways staircases and now mobile tours like the 10 red busses that make up the Walgreens Take Care Health Tour (Agency: Marketing Werks Chicago; Builder: CGS Premier New Berlin WI.) Another plus: they draw less power than incandescent or halogen lighting. Look for LED backlit graphic panels to move from outdoor signs and kiosks onto the vehicles themselves. These weatherproof panels can offer up all kinds of information.