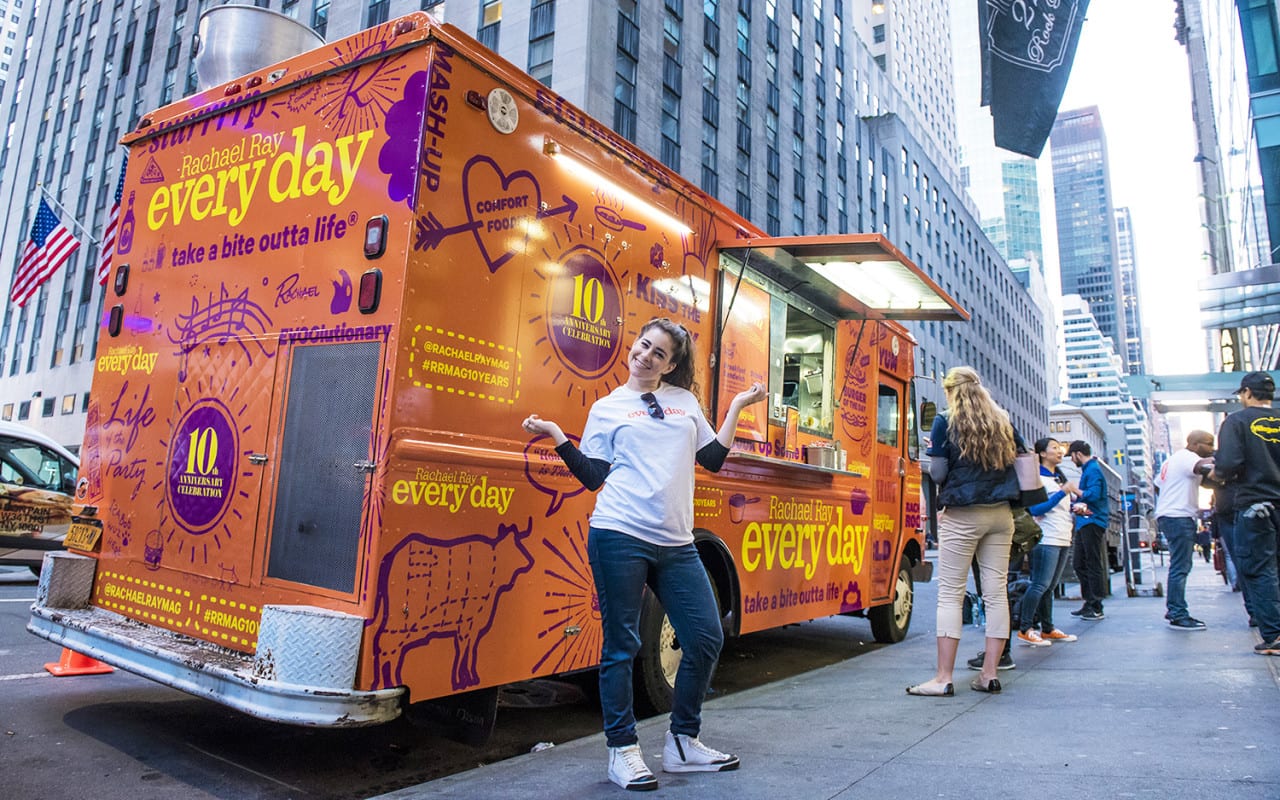 Rachael Ray Every Day Celebrates its Anniversary with a Food Truck

Rachael Ray Every Day magazine on Oct. 14 celebrated its 10th anniversary in New York City with a customized food truck that served up the staff’s favorite burgers and handed out giveaways. Later that night, the publication held a VIP party for media, press, bloggers and clients. 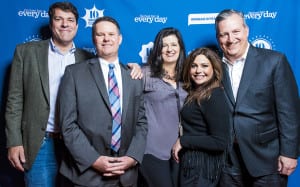 The magazine rewrapped an existing food truck, Frites & Meats, which is known for its burgers and fries, and parked it near busy Rockefeller Center, on 48th Street. The truck distributed breakfast sandwiches with hash browns from 7 to 9 a.m. and, since Ray is known for her burgers, it gave out cheeseburgers from 11 a.m. to 3 p.m., made with Cooper Sharp Cheddar Cheese, one of the magazine’s advertisers. The brand distributed more than 750 burgers, 4,000 branded sunglasses and 4,000 branded temporary tattoos. Fans could post photos to social media using the hashtag #RRMAG10YEARS.

The VIP party, held at Toro in downtown New York City, featured an Instagram feed with snapshots from the day’s events, a photo booth with culinary props and food stations from the magazine’s sponsors, including Town House, Cooper Cheese and Lactaid.

The anniversary issue of Rachael Ray Every Day highlights Ray’s love of burgers with her Burger of the Month recipe, as well as 10 tribute burger recipes developed by celebrity chefs to honor the anniversary. All participating chefs with restaurants, including Iron Chef Alex Guarnaschelli of Butter in New York City and “The Chew’s” Michael Symon of B Spot Burgers, will serve the burgers for a period of time while the magazine is on newsstands.

“For the 10th anniversary, it was important to craft an experience that captures the fun and unexpected essence of the Rachael Ray Every Day brand. What better way to bring the magazine to life than a wrapped food truck serving consumers free breakfast sandwiches and lunchtime burgers? The celebration continued with our core team, clients and Rachael herself,” says Lauren Purcell, editor-in-chief at Rachael Ray Every Day. Agency: The Michael Alan Group, New York City.