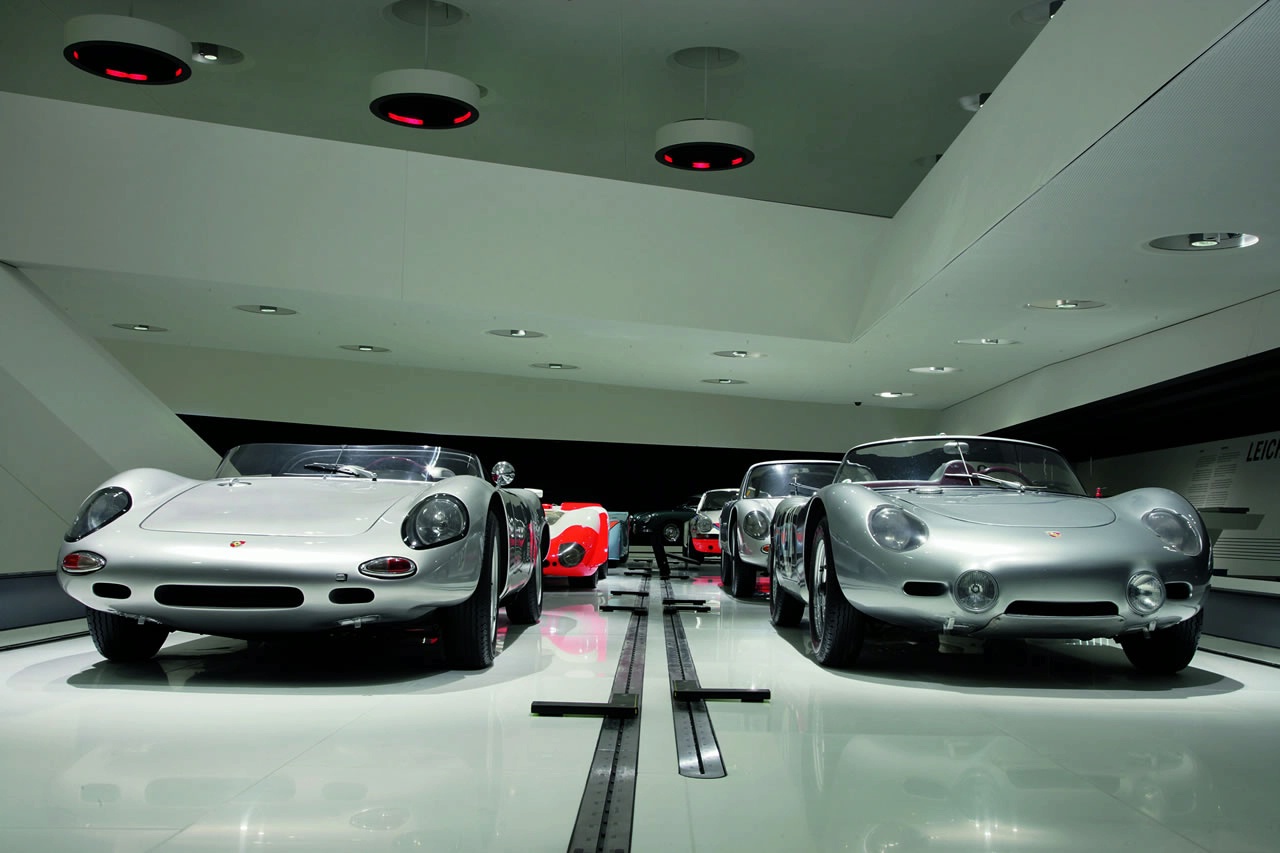 To its legions of enthusiastic owners and owner wannabes Porsche is not just another car. The automaker wants its presence at the Los Angeles Auto Show to be viewed in the same light. That’s why for the last nine years Porsche has taken over a separate 20 000-square-foot hall adjacent to the Los Angeles Convention Center for a standalone exhibit apart from the dozens of other automakers.
That’s right cousin. Instead of playing it safe and taking in the guaranteed traffic and built-in exposure that would come with being a part of the main show Porsche is betting on experiential marketing to generate something better inside of its own proprietary environment.
For the latest show held in early December Porsche themed its exhibit around the Targa Florio the Sicilian race after which Porsche named one of its models. The attendee experience started at a dramatic low-lit entryway which designers created to diffuse the frenetic energy of the main show floor and lead into the sanctuary of the Porsche exhibit. Projected images of vintage photos and LED screens played video footage of Targa Florio races while the crackling sound of an Italian announcer calling a 1930s auto race played in the background. Visitors could then follow a curved hallway into the Heritage Room where the centerpiece was a raised platform featuring the 908/03 Spyder racecar. Here Porsche hoped to make a visceral connection between customers and the excitement of the car’s racing roots (Agency: Exhibit Works Livonia MI).
“We’ve been trying to create this experience each year that still has a feeling of Porsche but gets more of our brand personality across ” says Lee Newton manager-event marketing for Porsche.
From any point in the Heritage Room attendees could see the other models peeking from areas just around soft bends and curves or just beyond dividing walls featuring more LED screens running video of the vehicles in action. The layout was a change from years past when the exhibit was set up for a more linear experience allowing guests to check out each vehicle one by one. “We decided to bring them into the middle then let the customer choose what they wanted to do ” says Newton. “If they didn’t want to look at the 911 they didn’t have to. We didn’t really need to force people through. We could just let them float.”
Another new addition for this year was a Porsche retail area where the company hawked luggage t-shirts model cars and other collectibles. Sales exceeded Porsche’s goals by more than 60 percent. “It will be an increased element of next year’s event ” Newton says.
In part because it has been setting up shop in its own exhibit hall Porsche steps up show-related promotion before the event. The company gets word out to customers and enthusiasts through its web site dealer network and owners’ magazine and by reaching out to car clubs for word-of-mouth buzz. The automaker extended its reach by also running intimate dealer-hosted customer events in the exhibit throughout the show.