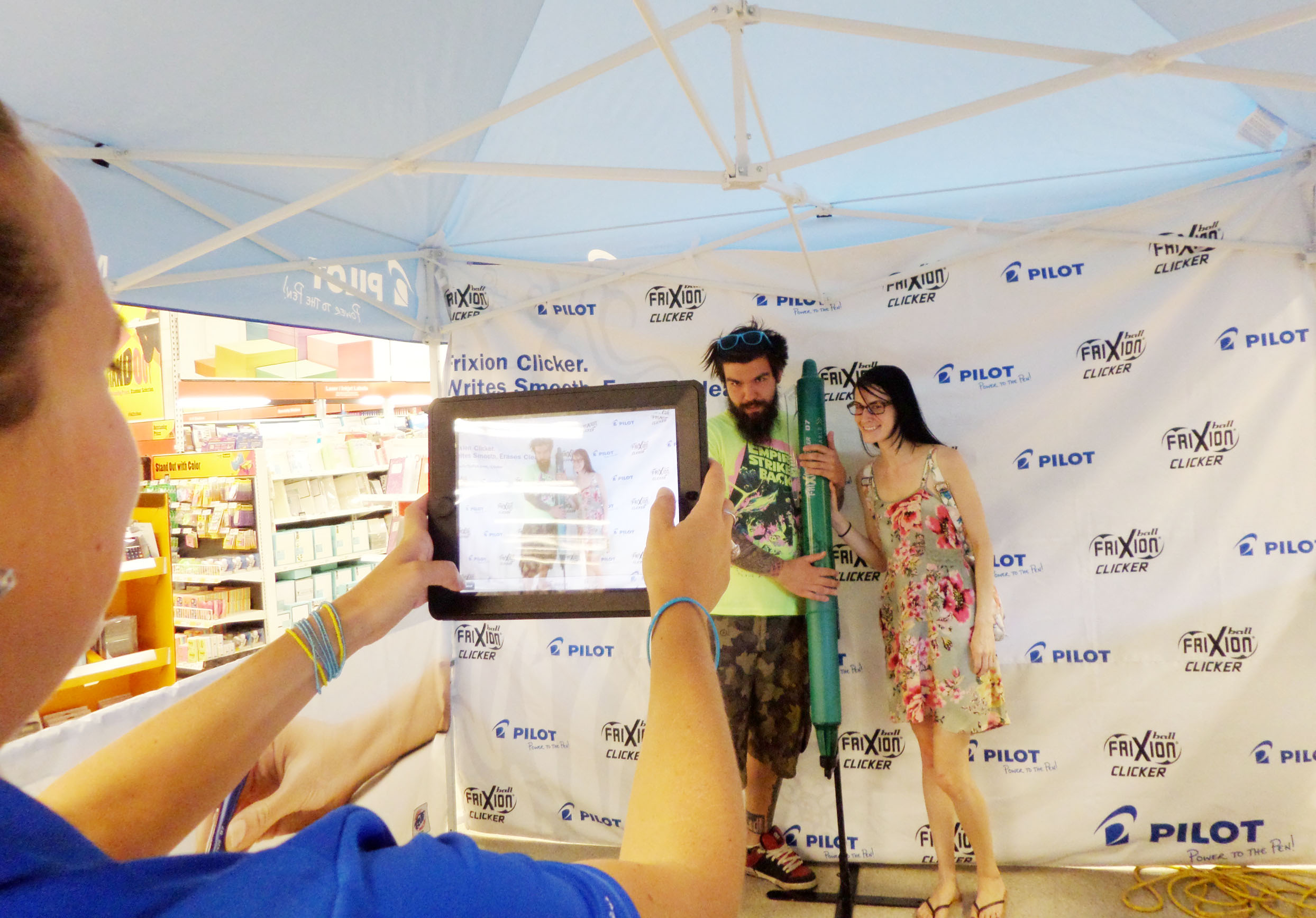 Pilot Pen has launched a mobile tour to get its new FriXion (pronounced like “friction”) Clicker, a gel ink pen that erases without leaving smudges, into the hands of consumers. The tour, called “On the Road to Mistake-Free Writing,” launched on July 9 and will travel to 100 Walmarts and Office Depot stores across the U.S. until Oct. 1.

The versatile footprint consists of two 10-foot by 10-foot tents and a step-and-repeat wall that are branded with the FriXion and Pilot Pen logos and can be assembled in various configurations. Most of the time the experience takes place in the parking lot outside the store, but can move inside as well.

Attendees use the pens to send messages on custom postcards that they create by having their photo taken in front of the step-and-repeat. That photo becomes the front of the postcard. They write on the back with the FriXion pen and send it in the mail via the on-site “Pilot Post” mailbox.

“Pilot Pen needed more people writing and erasing with this revolutionary product so they can see for themselves the magic of friction. What better way than to drive across the country with the FriXion ‘On the Road to Mistake-Free Writing’ Mobile Tour, to show how smoothly the pen writes and how clearly it erases,” Ariann Langsam, director-consumer marketing and market research at Pilot Pen, told Buzz. Agency: Brewco Marketing Group, Central City, KY.