Inside Perrier's Lunch Break, Made Extraordinary 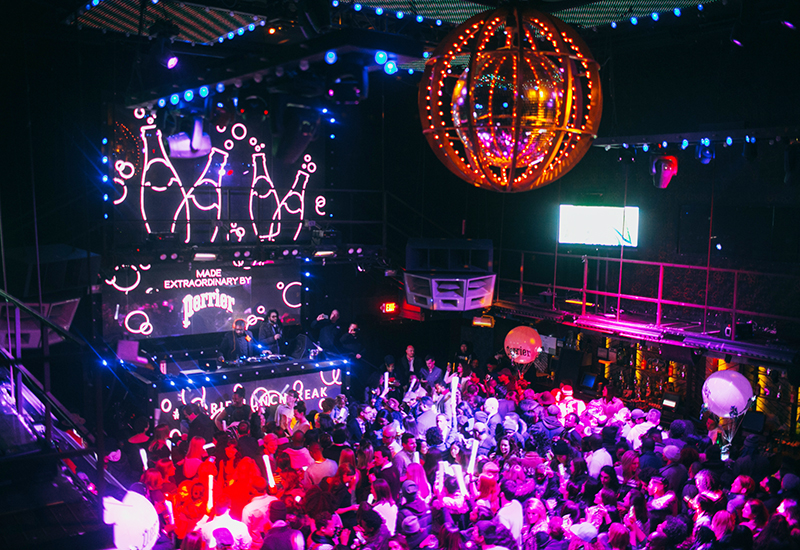 It was a cold, dreary February day in New York City but inside the Marquee nightclub, downtown on 10th Ave., you’d never know that. And from the glow sticks flashing in the darkened space and the dj’s sounds pumping through the air, you’d never know that it was mid-afternoon on a workday, either.

Flavorpill Presents: Lunch Break, Made Extraordinary by Perrier points to a trend in which brands are tapping into untraditional times of day to hold their marketing activations. The Perrier event was a lunchtime dance party, one in a series the brand sponsored throughout February and March in New York City, Los Angeles, Chicago and Miami. Other brands like Macy’s, Nike and Clinique have sponsored early morning, pre-work dance experiences, too.

For Perrier, the 1 to 2 p.m. timeframe ties into its “extraordinary” brand promise, the theme of a global ad campaign that launched last August, aimed at 25- to 40-year-olds to drive engagement, consideration and trial of the French mineral water brand. “One of the key goals of this event was to create something unique at a unique time of day, a way to break out of what you are supposed to be doing on a typical day,” says Ashley Albrittain-Ross, marketing manager at Perrier.

For brands activating the early bird shift, the early morning hours provide an escape from the negative connotations of the club scene. “The world of nightlife has become overrun by drugs, alcohol, digital divides, mean bouncers and bottle service, which has taken away from the essence of dance parties, which is all about being well and dancing and letting go and self-expression and meeting amazing friends,” says Radha Agrawal, co-founder, chief community officer and experience designer at Daybreaker, which launched the concept in 2013. The events begin at 6 a.m. with an hour of yoga, then transform into full-on dance parties from 7 until 9 a.m., and can draw up to 1,000 people who shell out $40 for the three-hour experience, or $25 for the dance party alone. The formula has become so successful that the company is rethinking the traditional “happy hour,” and a few weeks ago launched its first dusk event at a synagogue, with music, dancing and meditating—all without the booze.

But I digress. Back at the Perrier party, the room is jam packed with revelers taking a break from the office and soaking in the scene. Hot air balloons and “cheerleaders” in sparkly bustiers and hot pants from Perrier’s 60-second ad spot lend a fun, provocative element to the afternoon affair. DJ Questlove spins tunes as the attendees pop open cans of Perrier or try signature Perrier cocktails. There’s a photo op with the cheerleaders to share on social media. Attendees who provide their email info can participate in a GIF photo experience, then opt in to receive additional communication from the brand. A social media component extends the campaign to Facebook, Tumblr, Instagram and Twitter. All too soon, however, the hour-long party’s over, and I’m headed back to my office with a brandedmlunch tote filled with a peanut butter and jelly sandwich and other goodies in hand.

Was my lunchtime escapade all a dream? It happened so quickly, I don’t really know, but somehow, there’s a slim green can of grapefruit-flavored Perrier on my desk that wasn’t there before (Agency: Flavorpill, New York City). 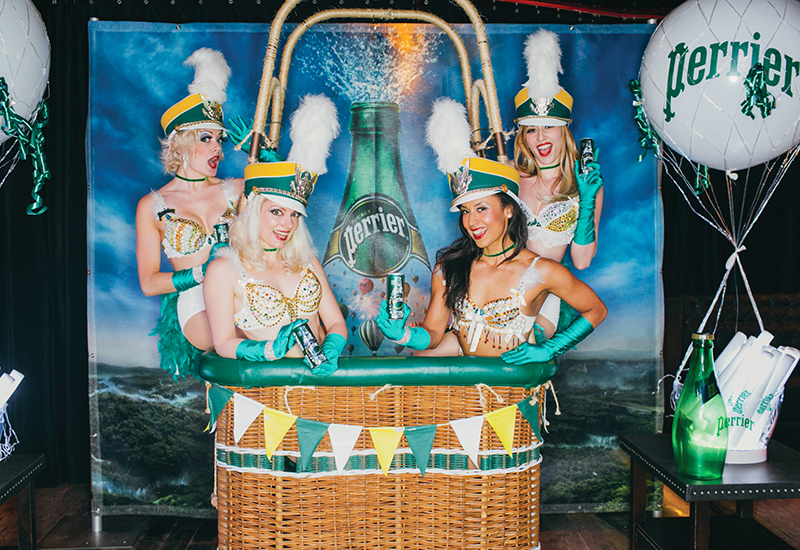 Perrier ‘cheerleaders’ in festive uniforms served as a real-life reminder of the brand’s 60-second ads.