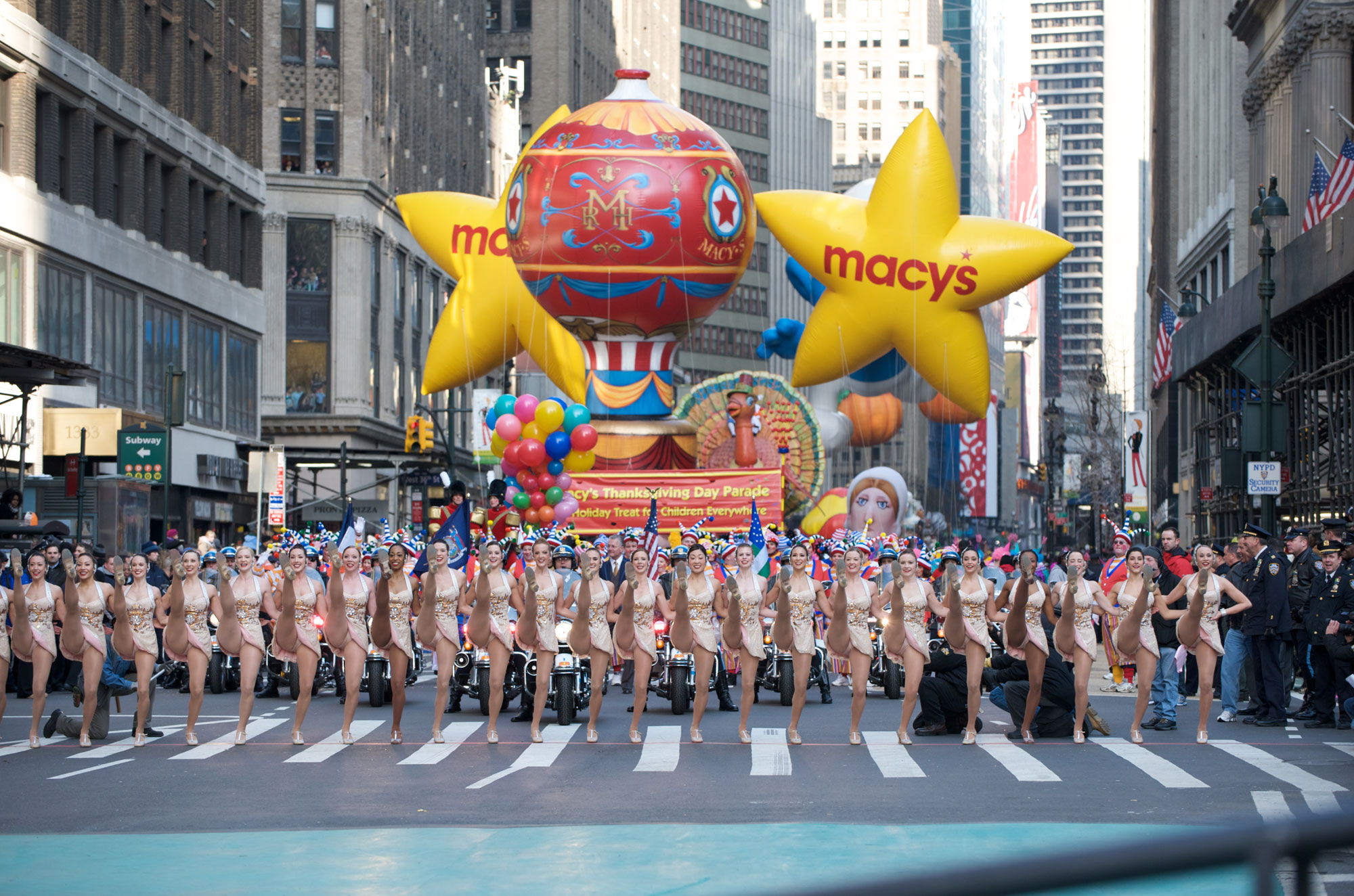 The holidays are a wholesome time—a time to be surrounded by family friends… and brand messaging. A little cynical? Sure but let’s face it a whole lot of retail spending is done during these few short weeks in November and December and if you want a piece of it you need to be out there. For brands looking to foster a wholesome connection with the American family unit the Macy’s Thanksgiving Day Parade can offer an authentic touchpoint and brand equity that lasts well beyond the last of the turkey leftovers.

“Our goal is not to get a brand in front of people but to enhance our original goal which is entertaining ” says Amy Kule vp-marketing at Macy’s.

Admittedly most brands aren’t front and center during the parade but they sure have their place and enjoy massive exposure including a crowd of about two million people who travel to New York City on Thanksgiving morning to watch the parade live and another 50 million viewers nationwide who tune in to NBC from the comfort of their homes not to mention the one million Spanish-speaking viewers who watch it on Telemundo.

Brands which each sponsor a float also get a mention as each one halts for the camera as the on-air hosts–Matt Lauer Meredith Viera and Al Roker–describe it in detail. But more than exposure these brands reap the long-term benefits of being associated with a parade positioned as an American family holiday tradition. Consumers are likely to have a greater emotional connection with these brands and some may just pop into shoppers’ minds as they elbow their way through the next day’s Black Friday foray says Kule.

There are a little more than 30 partners that participate each year to help produce the parade and three official category partners: Delta Airlines Timberland and GMC.

For most the opportunities to show off their brand on the parade route are equal. The float they sponsor will sport their logo on an 18-square-foot sign. The main purpose of each float is to tell a story and brands try to partner with floats that reflect their brand message says Kule.

That’s all well and good. But let’s get to what we really want to know kiddo: How do you get a balloon? Well Macy’s doesn’t disclose financials regarding sponsorships but Kule did explain that the criteria for becoming a balloon has become more strict in recent years. Any character immortalized in helium must be immediately recognizable to the audience. Shameful promotion will not be tolerated. (Visit eventmarketer.com/thanksgiving for some examples from years past when the rules were a bit less stringent.) “Our audience is pretty savvy ” says Kule. “To be up in the air your character has to be larger than life. It should give the audience a warm fuzzy feeling.”

Activating On-Site
Timberland wins EM kudos for the best activation of the parade this year. The company provided outerwear and footwear to all of Macy’s parade staff and thousands of volunteers. It provided jackets and boots before and during the parade to people doing any parade-related work. Plus the company gave away 300 Timberland backpacks to Macy’s parade staff as gifts. Timberland also ran commercials on the JumboTron on the side of the Macy’s building in Herald Square as the parade went by.

“We want consumers to think of Timberland when they’re thinking of winter ” says Vivian Lefebvre marketing manager at Timberland. “I’m a big believer of events like this because it allows us to connect with consumers at a grassroots level something we’re not able to do just by putting products in stores.”
Surprisingly few other brands leverage their participation in the parade by engaging with the thousands of volunteers who make it happen every year the way Timberland does. We’d like to see more authentic connections being made with these enthusiastic revelers next year. C’mon kids get out there.