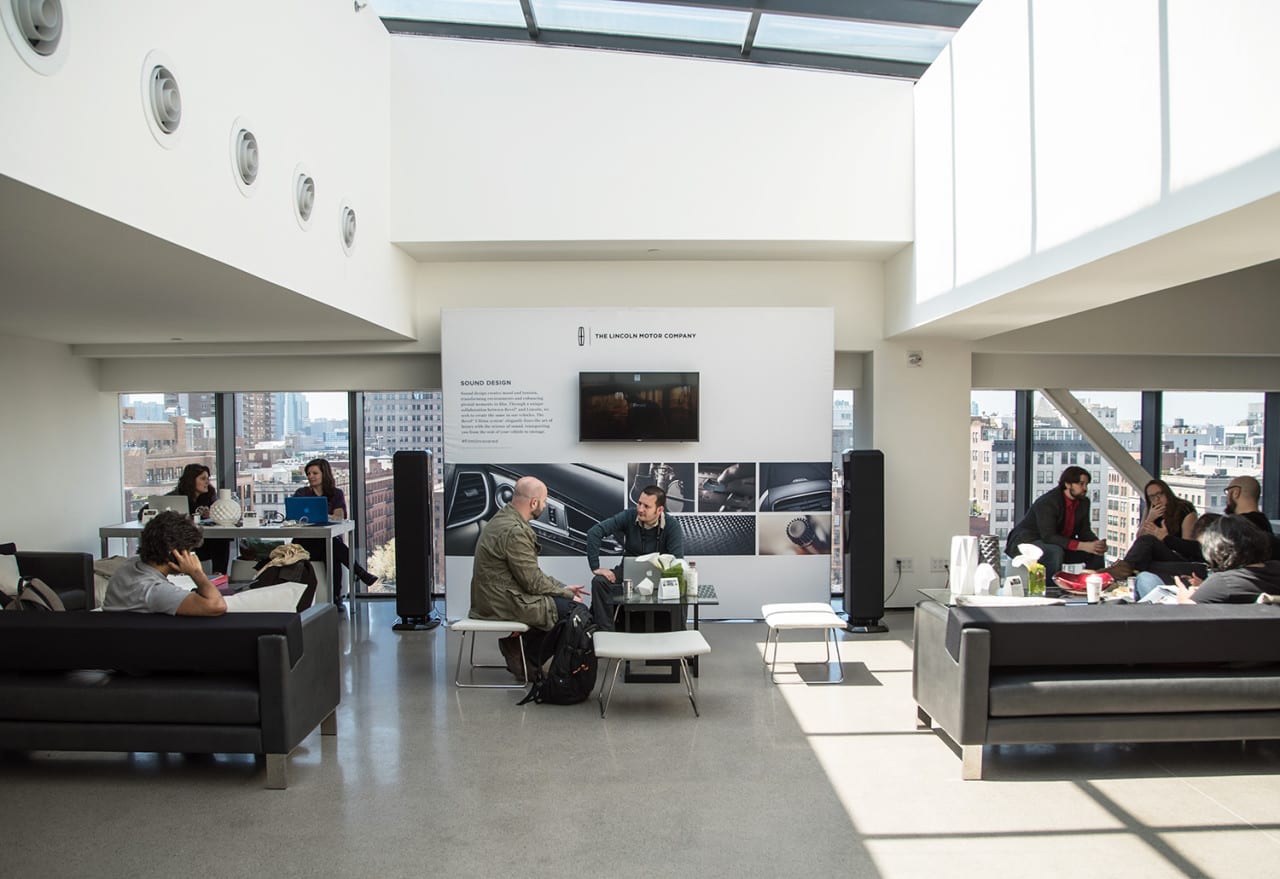 Lincoln, the official vehicle of the 2016 Tribeca Film Festival and a signature sponsor of the event, which took place April 13-24 in New York City, regaled the film community with its Black Label Lounge where attendees could shoot footage, score scenes, watch a virtual-reality film and just kick back and relax. The lounge also offered filmmakers the chance to experience the new 2016 Black Label Lincoln MKX and the company’s Black Label ownership privileges, a program geared toward high-end customers that offers luxury vehicle options and perks like free car washes and in-home or in-office sales calls.

“We wanted to give filmmakers a place to escape, unwind and relax in an experience that was personal, warm and experiential,” says Andy Georgescu, marketing communications manager at Lincoln. “Part of what we love about our partnership with Tribeca is our ability to highlight our Black Label experiences and bring that to life.”

Guests at the Black Label Lounge, which took over an entire floor at the festival hub at Spring Studios, could complete a film-themed script, capturing themselves or a friend on film, using equipment positioned on a dolly track, then reveal their story on camera. Participants watched the story unfold while immersing themselves in the car’s 360-degree camera technology, an option available on the MKX. In another activation, which highlighted the car’s Revel Audio System, they could curate their own MKX musical score for a film theme that inspired them most—drama, adventure, memoir or thriller. Guests received their video and film scores via email and were prompted to share to social media using #FilmUncovered. They could also experience the virtual reality film “Allumette,” which premiered at the festival and was sponsored by Lincoln.

Georgescu says the partnership with Tribeca is a success. Here’s a look at why the sponsorship works for Lincoln:

Storytelling is an element of Lincoln’s customer communication strategy. “Tribeca is all about telling stories, all kinds of stories,” Georgescu says. “We love the ability to partner with a property that engages in storytelling because that distinguishes our brand from the other machine-driven, engineering-driven German brands. It gives us a human element.”

New York City is a critical market for Lincoln. “Tribeca is a uniquely New York experience,” Georgescu says. “It brings us a progressive customer, a very attractive luxury customer, so we love the partnership for that.”

Lincoln’s Black Label Lounge offers filmmakers a space for conversation, a place where they could feel comfortable, creative and energized. “We’re trying to challenge people, to provide them with interesting thought-starters and creative stimuli, in a space that was very relaxed, clearly luxury and provided things that connected to them,” Georgescu adds.

While Lincoln is in business to sell cars, and that is the ultimate goal, Black Label’s white glove approach makes sense with luxury customers. “The intent here is not transactional, but general awareness and exposure to the Lincoln brand and what they stand for. They can opt in for additional information if they chose,” Georgescu says. Agencies: Hudson Rouge, NYC; Match Marketing Group, Boulder, CO. 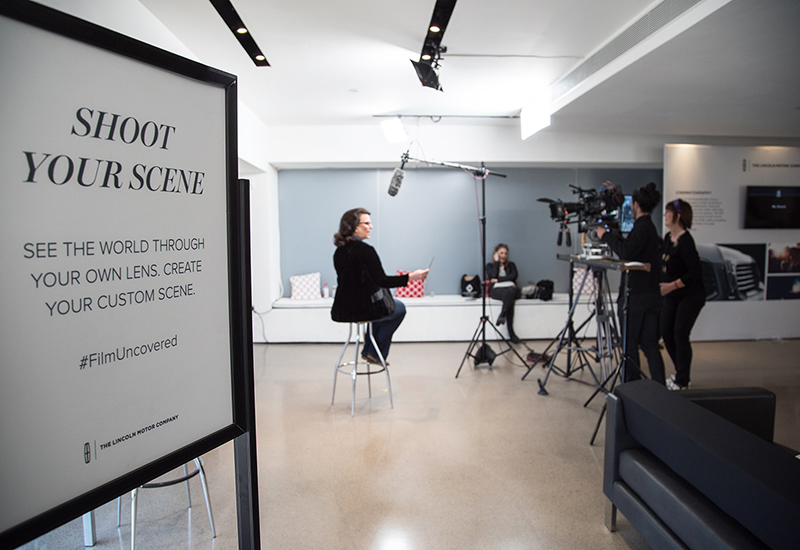 Inside the Black Label Lounge, attendees could shoot footage, score scenes, watch a virtual-reality film and just kick back and relax.