Inside the SXSW Analog by American Greetings Experience 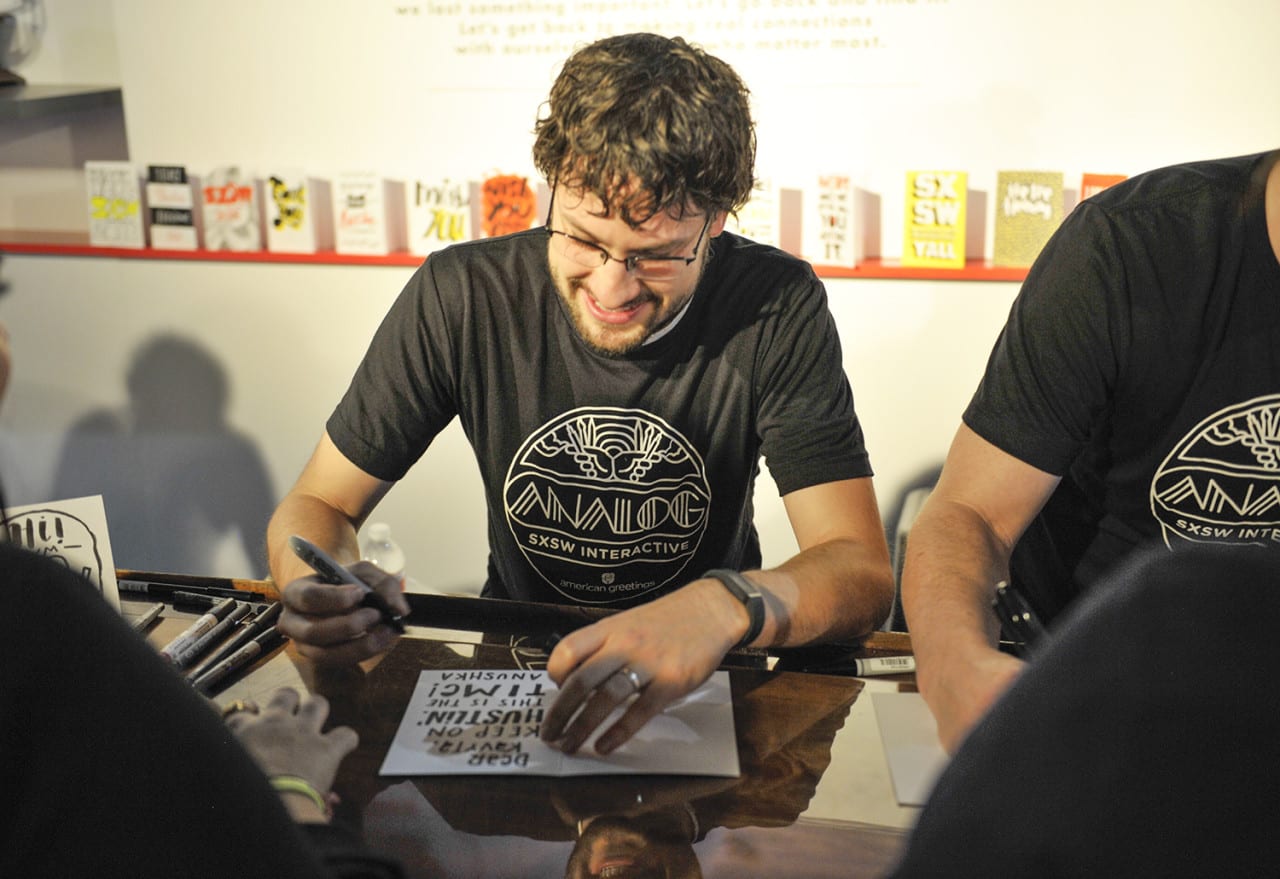 American Greetings sent some ripples through the digital world of South by Southwest Interactive with an activation that cut right to the core of its brand essence—the need for simplicity and the importance of human connections in today’s high-tech landscape. The three-day experience, called Analog by American Greetings, marked the brand’s first appearance at SXSWi and leveraged speakers, interactive workshops and hands-on activities to engage attendees in its largest and most complex consumer activation to date. 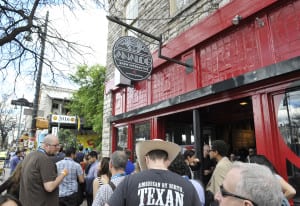 Analog by American Greetings took place at a converted bar on 6th Street that was fully branded with its iconic rose logo.

“Our message is that in the rush to embrace everything that is digital, which has many benefits and we can’t live without them anymore, consumers have told us they are seeking alternative forms of communication that is more personal and meaningful,” says Alex Ho, executive director of marketing at American Greetings. “When people use analog media like the vinyl record, which is seeing a resurgence, or recreate the look of old film on digital film, that says something to us. Likewise, a greeting card is a special form of communication that takes effort and is personalized and tailored to the recipient, and that is why our business is as strong as ever. Consumers understand the need to come back to analog for certain things.”

Analog by American Greetings took place in a converted bar on 6th Street, two blocks from the Austin Convention Center, that was fully branded with the brand’s iconic rose logo. In keeping with SXSW’s spirit of learning and inspiration, it featured daily talks by speakers from a variety of creative fields on topics such as “Why Are You So Into Vinyl,” “Why Beauty Matters,” and “Toss Your Phone off A Bridge and Begin to Live Again.” In that same spirit, American Greetings’ creative staffers led interactive workshops on hand lettering, printmaking, paper engineering and more.

Additional onsite engagements involved passersby in the analog message in a creative way. In a twist on a popular theme, a Selfie Stitch Station featured a fabric artist who after studying attendees’ faces for four minutes used a sewing machine to live-stitch their selfies on a small canvas as a takeaway. A #NoFilter activation, in a nod toward photo editing apps on Instagram, offered an app-free way to add real typography to pictures and greeting cards. American Greetings writers and artists helped attendees craft a message, add hand lettering and insert photos from an onsite Polaroid station. And in a new take on the GIF experience, attendees could take print-outs of a three- to five-second video, stick them to cards and assemble them using analog GIF machines and walk away with an old-style Rolodex-type of flipbook that they could spin to make the cards rotate. Attendees also could send a letter or card from the American Greetings Post Office while enjoying a cup of coffee and baked goods from a coffee house pop-up.

“South by Southwest is all about disruption, and frankly, old technology, or analog technology is a new message at an all-digital conference. Not only was it disruptive, it was consistent with the kind of message that you bring to this interactive festival,” Ho says. Agencies: MullenLowe, Boston; Guild, New York City.

• Why a Low-Tech Strategy Gave Amex an Edge at CES