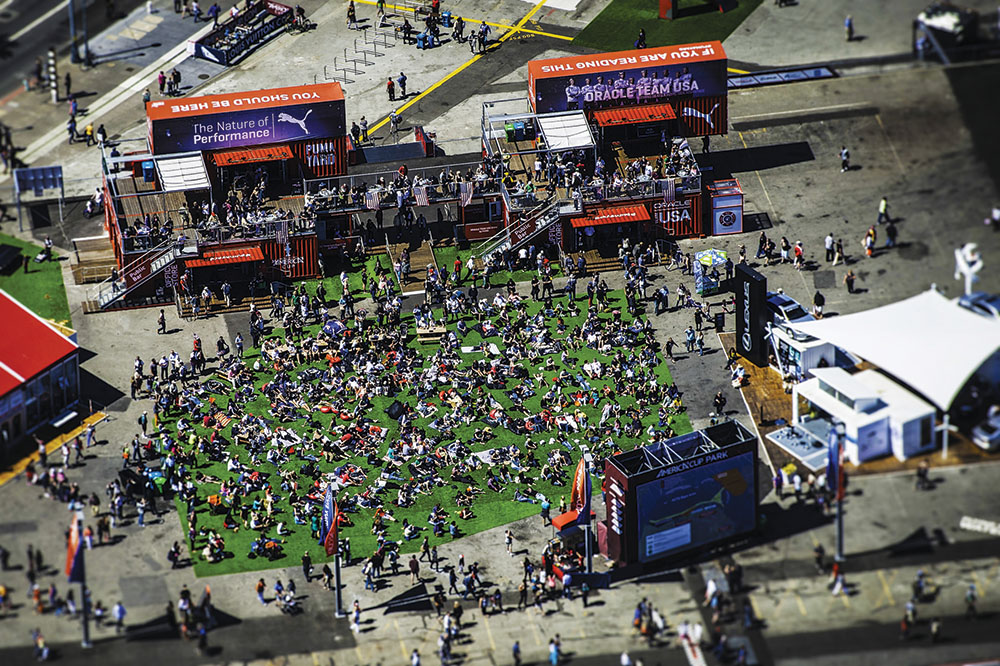 Oracle Team USA may have made a historic comeback in the America’s Cup race this September, but it wasn’t the only impressive feat of engineering taking place in San Francisco Bay. Fans of the race could for the first time enjoy the event from America’s Cup Park, a fan festival located at Piers 27/29 along San Francisco’s Embarcadero, where an impressive collection of temporary structures and shipping containers became home to brand and civic experiences that, so far, have earned positive reviews. Even Yelp.com users give it four stars, and in that court of public opinion—that ain’t easy, folks. Experiential agency Kubik led the effort for four of the on-site experiences, and gives us a behind-the-scenes photo tour of each. 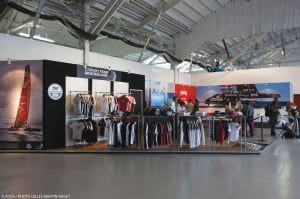 Emirates Team New Zealand Zone
This space served as the public face of the team, and featured an interactive sailing simulator and retail space for Camper and North Sail—two of the team’s main partner brands. Emirates was the key sponsor of the big simulator, which let attendees of all ages experience what it’s like to be on an AC72 boat (the models used in the Cup races). Shoe supplier Camper is known for very design-oriented retail environments, so Kubik created a very modern shoe store setting for the brand. North Sail’s space was a retail area that showcased its sail clothing and all the team merchandise. 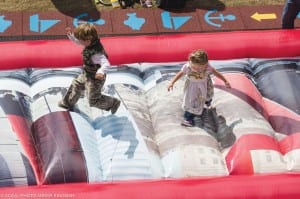 AC Kids Zone
This was part of America’s Cup Park, where sponsors set up shop for attendees (think: the MLB FanFest of sailing). For those not into sailing, the Americas Cup can be difficult to understand. Concepts such as match racing, the rules regarding challengers and defenders and also what’s happening on the water with the high-tech boats can be confusing for the uninitiated. So a “fun-meets-function” strategy was implemented. “The Event Authority decided that we needed to explain all of this to the audience in general, and thought it could be a key moment to get kids involved in sailing, and explain what’s happening in the race to them in a very entertaining way,” says Kubik/Amsterdam managing director Hajo Reinders. Enter the AC Kids Zone, which included the Hoisting the Sails grinding challenge, the Picture Yourself on an AC72 photo activation and the inflatable Jumping on Board bouncy attraction. Creating the fun parts of the equation (i.e. the bouncy deck) for this project was important, but the sail interactive taught attendees what it’s like to be a crew member on the yachts. “The challenge was to come up with something that fit into the overall approach of the America’s Cup experience while at the same time creating something that kids could really enjoy and focus on the fun of sailing,” Reinders says. 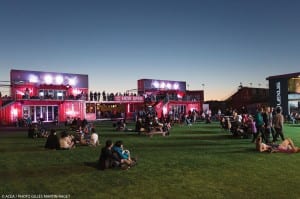 PUMA Yard
Designers leveraged 10, 40-foot-long shipping containers connected together to create one cohesive space for Puma and its partners. The Yard housed the official America’s Cup and Oracle Team USA stores on the lower level, as well as the PUMA Social Club & Bar on the second story. “It’s the pinnacle of what we’ve done for PUMA at past sailing events. Here we combined two shipping units and connected them with a bridge. From a sustainable perspective it was a very good solution for PUMA not to start from scratch and build a new pavilion, but to use what they already had and combine it,” Reinders says. Kubik has found that using shipping containers as architecture eases setup onsite. “Basically it’s plug and play, although we have developed that over the years. It takes a lot of experience to combine those with 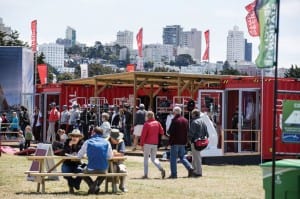 PUMA Store
PUMA had its own dedicated retail space at the event, and it leveraged shipping containers as architecture, as well. This space featured a completely different setup from the PUMA Yard, however. Designers created a simpler horseshoe-style configuration with three containers, allowing for set up of a fully operational store within one day. 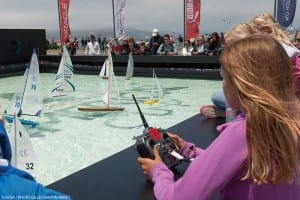 America’s Cup Village R/C Pool
San Fran’s Marina Green housed the America’s Cup Village, where a large pool retrofit with fans gave attendees a chance to captain remote-controlled yachts and get a taste of the conditions the competitors were facing out on the bay. Since the San Francisco Bay is a relatively contained area for a sailing race, attendees could see the racing up close from the shore for the first time in the race’s history. That meant organizers and sponsors needed to entertain the audience during downtime, so before, after and between races, visitors could experience what it takes to sail the yachts on a small scale. “The moment you have a remote control in your hands, you realize that sailing is something that takes real skill to do properly—that’s the fun part of it,” Reinders says.