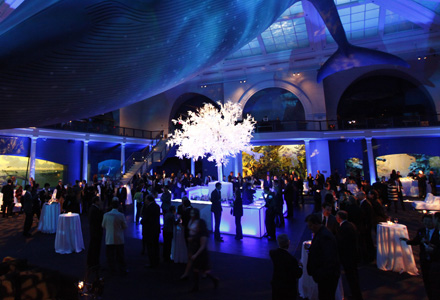 Canon on Nov. 15 held a red-carpet premiere at New York City’s Museum of Natural History to celebrate the launch of “When You Find Me,” a film inspired by eight winning photos submitted in an online user-generated contest that generated more than 96,000 entries. The film was shot with Canon DSLR products and is a centerpiece in the company’s “Long Live Imagination” campaign, an effort in partnership with Hollywood director Ron Howard. Howard’s daughter, Bryce Dallas Howard, directed the 24-minute film.

From May 22 to June 14, photographers of all levels uploaded photos to Canon’s Long Live Imagination brand channel on YouTube. The photos illustrated eight movie themes—setting, time, character, mood, relationship, goal, obstacle and the unknown. Howard, Canon experts and the Project Imagin8ion community of Canon users and photography enthusiasts narrowed the submissions to eight photos, one from each category.

The winning photographers attended the New York City premiere where 600 attendees passed through the museum’s 1,500-square-foot IMAX Corridor into a gallery showcasing each of the 96,362 submissions on two-inch by two-inch tiles that led to the final visual of the eight winning photos. Guests then viewed an eight-minute screening of the making of the film before the actual film was shown in the museum’s Samuel J. and Ethel LeFrak theater. A discussion panel led by David Edelstein of New York Magazine followed.

A second red-carpet event and screening was held on Nov. 21 in Los Angeles where Ron Howard spoke with peers and presented the film, which also will be shown at next year’s Sundance Film Festival. The film will debut online from Dec. 16 to Dec. 19 on youtube.com/imagination. Flickr, Facebook and Twitter also support the campaign.

“We are always trying to empower our consumers,” Michelle Fernandez, director of marketing at Canon, told Buzz. “By enabling them creatively and with our product, we are able to connect with them on a personal level.” Agency: Grey Alliance, New York City.