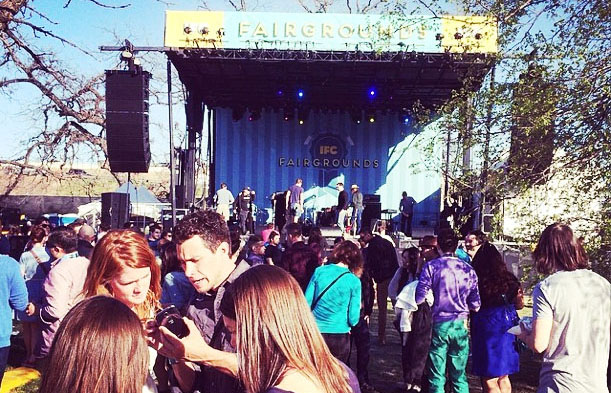 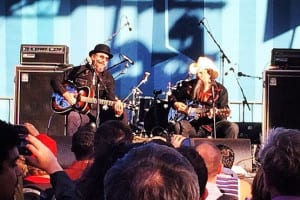 IFC has been a sponsor of the South by Southwest Film, Music and Interactive Festival for several years, but for the first time, it’s diving into the Music end of the pool. From March 12 to 14, the channel took over Austin’s Palm Park, right next to the Convention Center, with its IFC Fairgrounds activation—a part carnival, part state fair and all-Austin weird experience.

The main events featured music, of course, and the brand lined up a schedule of typically off-beat and just-under-the-radar bands like Streets of Laredo, Les Claypool’s Duo de Twang, Panama Wedding and Bear Hands. While enjoying the tunes, guests got a shot at some old school carnival games like balloon darts and corn hole, a three-lane slide sponsored by Twizzlers and some ice cream treats inspired by the series “Portlandia.” In addition to the main stage, bands played in the “Deep End Theater,” a multimedia lounge at the bottom of the park’s empty pool. Local food trucks supplied the food and a beer tent supplied the brews.

In addition to its partnership with Twizzlers, other partners contributed to the experience including Doritos, which provided free chips to Fairgrounds attendees, Hotels.com, which hosted guests in a hotel-style lounge inside the Fairgrounds and Joe’s Crab Shack, which set up a Jersey Shore-style “Game Shack” of fairground games and prizes and, for one hour each day, free specialty cocktails for VIPs.

“We wanted to stand out and be bigger than we’ve ever been while the music festival is at its peak,” says Blake Callaway, evp-marketing and digital media at IFC. “We think this outdoor venue will help us make a bigger splash.” Agency: LeadDog Marketing Group, New York City.