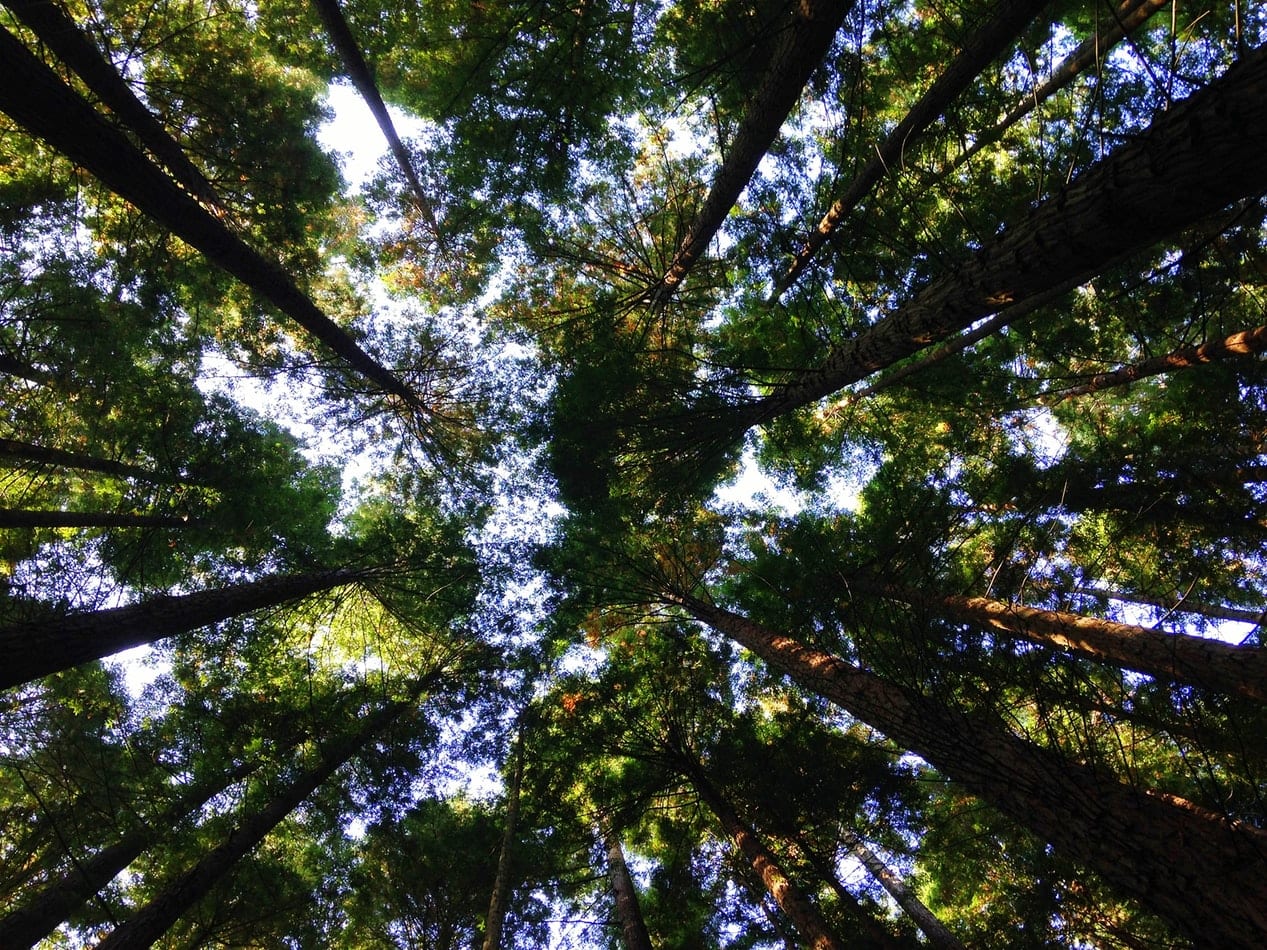 Oracle Throws the Greenest OpenWorld Ever

This September Oracle threw the greenest OpenWorld in the event’s 12-year history. By taking inspiration from its environmentally committed employees foreign partners and host city of San Francisco Oracle significantly reduced the impact of its 42 000 attendees saving money trees and energy along the way.

Taking The Lead
For event marketers turning their portfolios a darker shade of green one of the biggest challenges is making sure the attendee experience doesn’t suffer because of more stringent environmental policies. Paul Salinger vp-creative concepts at Oracle says the trick is to stay ahead of the curve. Even if some elements fly and others flop stay flexible and stay focused. Your attendees will eventually get behind you.
“It’s a process ” says Salinger. “The more that we do it the more people get into it and the more it becomes a part of the experience. So you start to change the experience based on what it is you’re trying to achieve and you kind of bring the audience along with you.”
Oracle executed against eight strategies before and after the event to effectively measure its impact: destination meeting venue accommodation food and beverage transportation on-site practices communications and marketing and exhibition and production. A green consultant measured the 2007 event to create a baseline. On a scale of one to 100 Oracle scored a 34.
“Our goal this year is to get up into the 60 to 70 range and then keep increasing it from year to year ” says Salinger. “The whole philosophy is you’re never going to get to 100 percent in this green stuff but you do as much as you can as well as you can and you measure it and say ‘Okay here’s an area of opportunity for improvement. Focus on that next year.’”
The report card isn’t back quite yet but here’s how Salinger and his team executed to try to double their sustainability scores from last year’s show:

Destination
You can leave your heart in San Francisco but don’t leave a carbon footprint. The city by the bay has some of the most progressive environmental policies in the U.S. It was the first large city to collect food for composting which it still does today and most recently made news by banning non-compostable plastic checkout bags at supermarkets. The city’s recycling and waste reduction programs are streamlined and efficient making it an ideal place for Oracle to convey its eco-commitment to customers in seamless—and relatively painless—fashion.
How they did: By keeping the event footprint as tightly packed as possible in downtown San Francisco and reducing the size of the event’s site program Oracle saved 965 trees.

Meeting Venue
San Francisco’s Moscone Center has a 10-year-old recycling program that not only collects waste it diverts annually 400 000 pounds of recyclable and reusable materials from the exhibit floor to local non-profits. Recycling stations accepted plastic badges used electronics conference guides and show dailies as well as recycled paper plastic bottles and compostable materials. The Moscone Center uses energy-efficient lighting monitors air quality recently launched a composting program and boasts one of the nation’s largest municipally owned solar panel installations on its roof.
How they did: More than 60 percent of OpenWorld waste was diverted by the Moscone Center.

Accommodation
Oracle selected attendee hotels based on their environmental programs like recycling and waste reduction food donation or composting and sheet and towel reuse. For many of the chains the process was easy. But programs at some of the smaller hotels (OpenWorld is so big attendees have a list of 89 hotels to choose from) aren’t quite as progressive. “The harder part is working with all the partners and venues and doing a bit of an education ” says Salinger. “Part of that is really asking the right questions and then based on those answers you get saying ‘Okay they’re this far along and doing this let’s see if we can get them to start doing more.”
Some high-end chain hotels that have good recycling programs balked at asking their demographic to participate in a sheet and towel program so Salinger turned to Oracle’s green consultants for statistics that proved even executives want to do their part. If hotel partners don’t want to budge Salinger isn’t afraid to negotiate with his checkbook.
“An advantage of being a big brand is we can take some leadership and ask them to do these things and ask them to measure them for us and then we can use that in our negotiations of how we’re going to pay people ” says Salinger.
How they did: Sixty-nine percent of host hotels recycled. Sixty-one percent also provided a linen reuse program.

Food and Beverage
Oracle gave full-conference attendees recycled content water bottles when they arrived at the show and provided water stations throughout the venues. But the watering holes were oh-so-much more than a spigot and a trough. Fully staffed water bars and stations throughout every conference venue included water cups made of vegetable-based compostable material. On the consumable side the Moscone Center and participating conference hotels conserved by offering a food composting or donation program. Lunch for all 25 000 full conference pass holders was served in compostable corn starch-based food containers.
How they did: Oracle avoided using 500 000 plastic bottles saving 594 000 liters of water 36 900 kg of carbon dioxide 6 750 kg of oil and 745 000 megajoules of energy.

Transportation
Last year Oracle received negative feedback for transporting executives in hybrid vehicles post-show. Rather than giving in and booking a fleet of towncars this year Oracle rolled its execs in Prius hybrids and high-end hybrid SUVs. “Little by little we’re trying to bring these executives along in the most responsible manner we can ”  Salinger says. “It all comes back to the audience-centric point of view of things. Looking at your audience and looking at what their perceptions of their experience is going to be and seeing if you can find a solution around that.”
Oracle also reduced its shuttle bus fleet and asked attendees to use mass transit or walk short distances instead.

On-site Practices
Oracle trained staff vendors and contractors to be more aware of their own behaviors and urged them to recycle throughout the show. Recycling bins were placed in show offices and backstage areas. Bottled water was eliminated in staff areas and printers were set to print double sided and only on recycled paper.
“Part of what we’re trying to do on an ongoing basis is to make sure our own staff vendors and contractors understand that this is not a one-time thing but a behavior we want to instill as standard practice for OpenWorld every year as well as all Oracle events ” says Karen Tillman vp of corporate communications at Oracle.
How they did: 411 585 gallons of water and 692 BTUs of energy were saved by consciously cutting back on printing and by using 100 percent post-consumer recycled paper.

Communications and Marketing
New technologies this year helped attendees reduce paper consumption. Online schedule builders maps and a virtual collateral rack—also available at 110 information kiosks—cut back on the need for large-scale printed maps paper agendas and piles of collateral and PowerPoint handouts that often get tossed post-event. Oracle’s pre-show communication inspired attendees to bring memory sticks to download Oracle and partner collateral and print wisely and only when necessary.
“Now we sort of force them to go online and download that stuff because we’re trying to rethink the way that we deliver information to them and we’re trying to get them to rethink how they even receive this stuff ” says Salinger.
Last year Oracle posted the conference agenda exclusively online. The previously 400-page conference agenda was reduced this year to roughly 100 pages all printed on recycled paper double-sided and with soy-based ink “pretty significant for a company our size ” Salinger says.
How they did: On-site paper use at Oracle OpenWorld has dropped 75 percent since 2006. In 2008 Oracle saved $11 600 in paper and mailing costs.

Exhibition and Production
On-site Oracle used recycled carpet increased the number of LED lights in the keynote hall to cut down on power usage and worked with vendors and the facilities to shut down HVAC and turn off lights when the rooms were not in use. Vendors this year provided Oracle hard data to support their environmental practices. Show signage formerly on vinyl banners was printed on more eco-friendly materials.
How they did: Forty-five percent of signage will be reused. Oracle saved $135 000 replacing non-sustainable railroad signage with a cardboard-based alternative that was recycled—a 75 percent reduction in costs. EM.