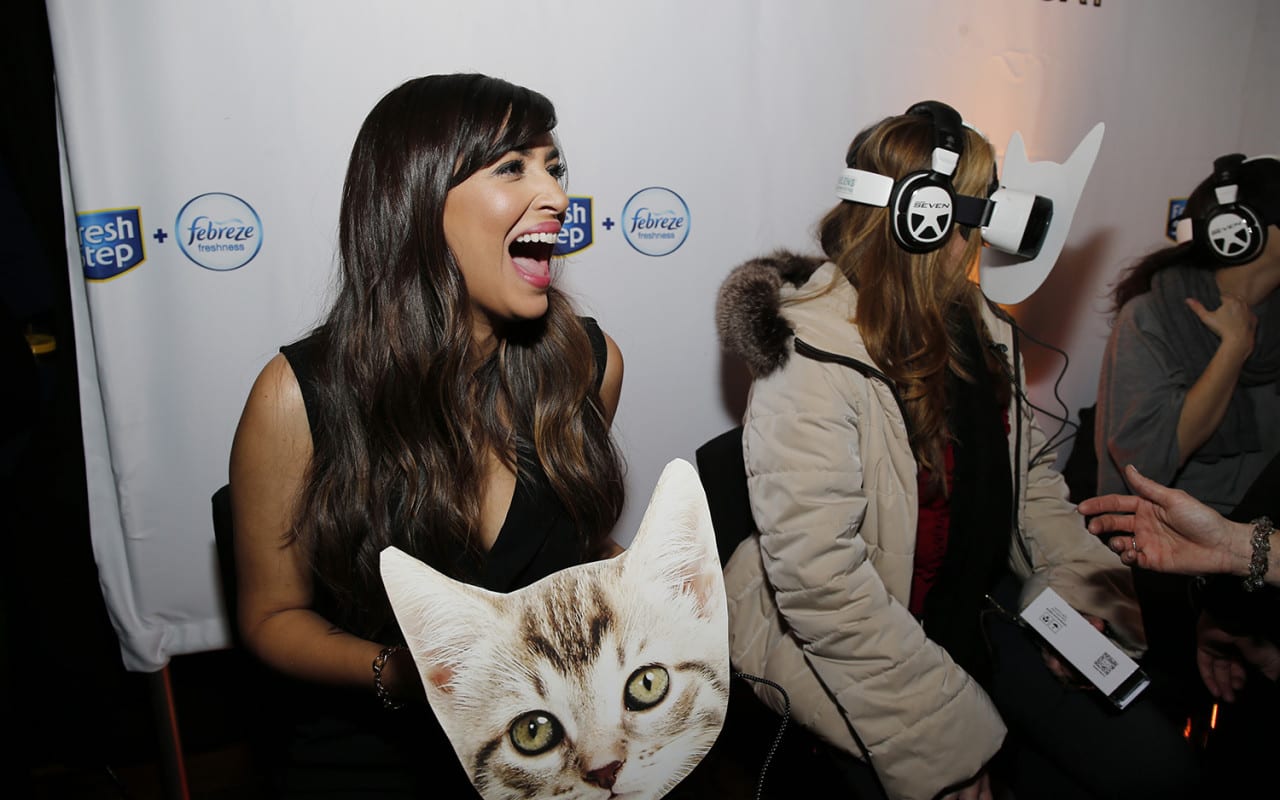 Sundance Film Festival attendees traded popcorn for tuna treats at a different kind of independent film experience in Park City, UT: the Catdance Film Festival. The Jan. 21 event, presented by Fresh Step with the power of Febreze litter, featured host and “New Girl” actress Hannah Simone, a red carpet arrival and a premiere of the winning film. The winning filmmaker received the coveted Golden Scoop award and a $25,000 grand prize. That film, “Purfect Patsy,” was a story about a gentleman perplexed by disappearing snacks and his discovery of the real culprit.

This year, its fourth year, Fresh Step added a virtual reality experience to the Catdance Film Festival. Guests donned cat ears and virtual reality goggles to experience what it’s like to be a cat being adopted “from the tearful moment they’re overlooked to a joyful union with its new family.” Say it with us now: awww. While the experiential content debuted at the film festival, the brand extended the content beyond the event by making it available for viewing via cardboard VR goggles at freshstepadoptionvr.com.

“We thought it would be fun to elevate cat videos to the silver screen and create some higher art cat films that celebrate the smart and quirky nature of cats, and this year we were able to use the event as a launch platform for our new product,” says Anne Marie Ghigo, p.r. and digital manager at Fresh Step parent company Clorox.

Indeed, the event was all about generating awareness for Fresh Step’s partnership with Febreze and its odor-vanishing cat litter product Fresh Step Extreme litter with the Power of Febreze (the brand had rights to use the Sundance name, but is not a sponsor of the festival). But in addition, the festival supported Million Meow Mission, a campaign to help more shelter cats find homes. Fresh Step committed to donating one million scoops of litter to shelters nationwide as part of the campaign.