Six Trends in Event Food to Implement in 2016 – Event Marketer 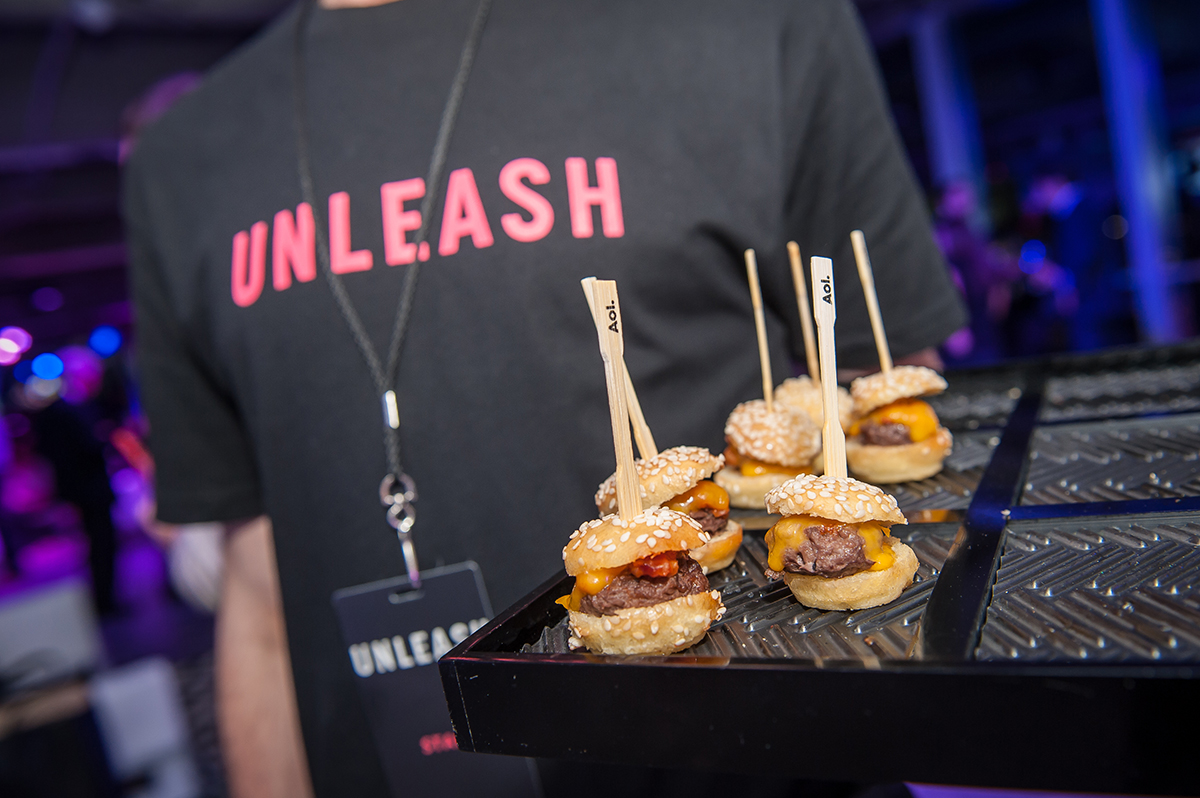 Six Trends in Event Food to Implement in 2016

Flip on your television any day of the week and you’ll find a food show. From culinary travel shows, to food talk shows to highly rated cooking competitions, an entire generation of foodies has infiltrated the market—bringing their fickle palates and their sophisticated food knowledge with them. And that trend has trickled down into events.

“Over the years, everyone has become far more sophisticated,” says George Henderson, senior event director at Creative Edge Parties, based in New York City. “We started Creative Edge 26 years ago and at that time, we were going to bring restaurant quality food to catering—since then, restaurant quality has gotten better and what it means to be a restaurant has gotten more broad, and so has the approach to food in events.”

From beef tenderloin swapped out for a micro-grilled cheese, to a sit-down dinner swapped out for tapas, Henderson has watched as clients from major brands to tech companies adopt new strategies when reaching for the hearts and minds of attendees through their stomachs.

So, grab a fork and knife (or tasting spoon), as Henderson takes us through the modern event food space—and six trends to implement now:

Creative Edge recently catered an event for Instagram and every single food station had to be an Instagrammable moment. That meant a creative display of different types of steak with an assortment of bread surrounding it that, after photographing and applying a filter, revealed a visual moment worth being posted on social media.

“Food as entertainment, and as being something that’s engaging for people to relate to, is even more important now,” Henderson says.

What used to be a bar stocked with vodka, gin and scotch is now reimagined with small-batch, locally procured artisan spirits—like bourbon made in Brooklyn. Specialty drinks, or craft cocktails, are often served at garnish stations and with unusual mixers. Rather than choose six major beer brands to offer, caterers are ordering three craft beers.

The whole street food movement continues to influence the event food world. One way Henderson’s company is bringing this trend to life in corporate events is through branded food carts that incorporate the brand’s logo or messaging. And of course, the food is an upscale twist on the typical food cart fare.

“We’ll take something like chicken and waffles and elevate it; or a grilled cheese that is made with three different artisan cheeses and breads,” Henderson says. “We had clients that were going to hire food trucks and we said, ‘Wait, we can do that and we can tie into the brand and the event so that it makes sense.’”

The “small plates” craze, Henderson says, was born out of necessity among top caterers in cities where venue space can be tight. The up-and-coming alternative to a sit-down dinner for 200: a cocktail party with passed small plates and bowls. The strategy is becoming a mainstay, allowing guests to mingle, eat and still hold a drink at the same time.

For many companies and brands, farm-to-table represents more than a fresh dish. It’s a socially and environmentally friendly approach to food that complements the brand identity. Clients are requesting signage that displays information about how and where each item that evening is sourced on a printed menu or at a food station. The lower the carbon footprint to deliver the food, the better.

It used to be that servers in tuxes or a white shirt and pants were seen rather than heard. Today, clients want event staff engaging with attendees… perhaps even wearing jeans and a t-shirt, something Henderson thinks has emerged from the cooking show era. People love to hear facts and anecdotes about the food they’re eating.

“Clients want to be the ‘expert’ on things, and they want guests feeling like they gave them an experience of being the ‘experts, too,’” Henderson says. “And often it matches with a brand’s identity of being an expert in a certain technology, for example, and at an event, we might do a cheese tasting with cured meats and the servers walk the attendees through the different types and styles. It’s incorporating a marketing message with a food experience.”

And what could be more satisfying than that.