EM Executive Roundtable On the State of the Industry – Event Marketer 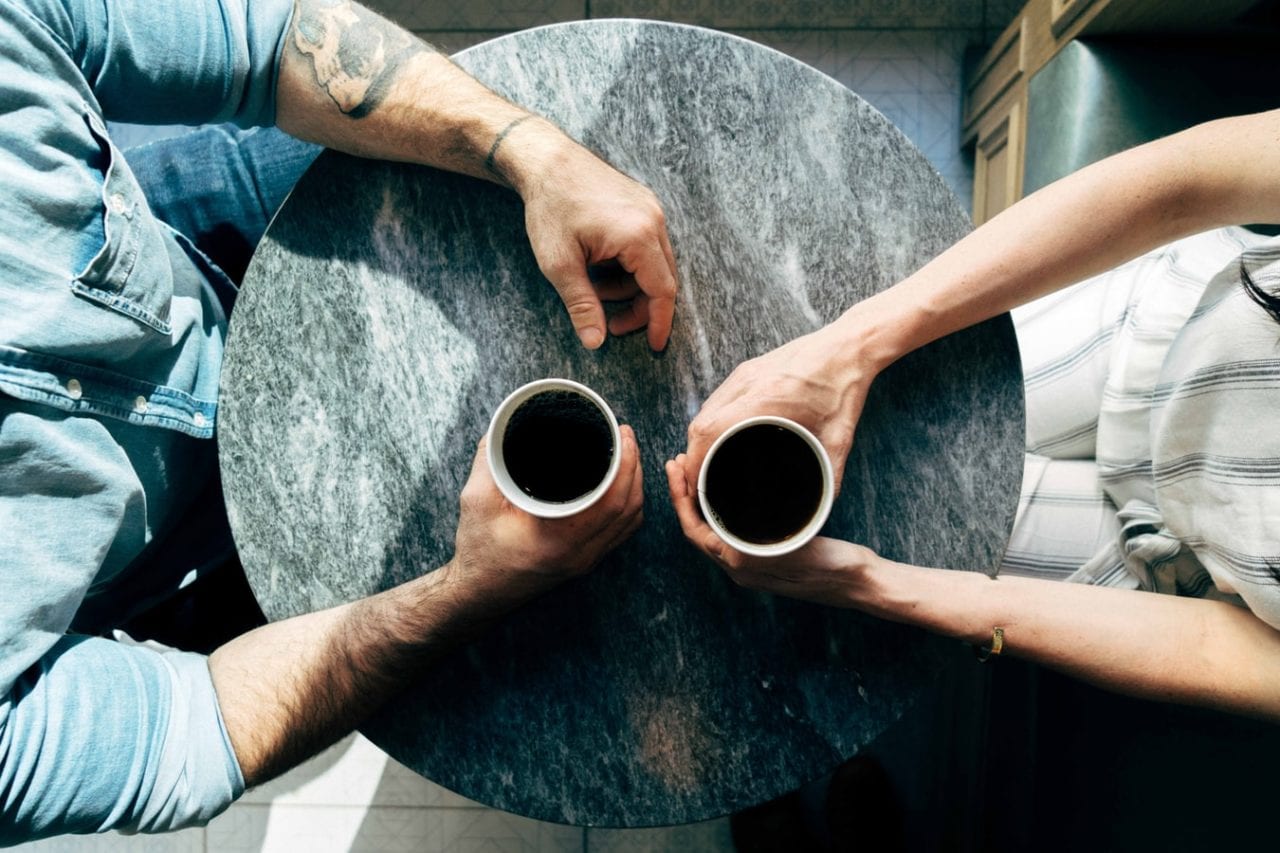 EM Executive Roundtable On the State of the Industry

Held at the Experiential Marketing Summit EM’s executive roundtable
put top-level event marketers together in a room for a no-holds-barred
discussion of the state of the industry. As a follow-up to
Collaborative Efforts our October 2007 roundtable
coverage participants here discuss the most challenging issues they
face in the event space and how their jobs have changed in the last
three years.

DAN HANOVER: Clearly you guys have many challenges but what’s at the top of the list? What’s keeping you up at night?

TIM COLLINS: I would say the
biggest challenge is measurement. No big news there. What’s keeping me
up at night is just more around the budget side of things. Banks
typically are at the mercy of the interest rate environment which is
not very favorable right now. So I get nervous around this time every
year wondering if I’m going to have the money to do what I need to do
next year.

STEVE WAUGH: I worry about
whether we are consistent with our message globally and whether we’re
leveraging what we have. Are we oversaturating the market? We have lots
of data about how we’re doing but the question is are we taking the
information that we’re learning and applying it? We’ve been so focused
on measurement for the last three or four years that we have
compromised the art for the science. So it’s a question of bringing the
balance back after all these years of fanatically trying to understand
the measurement and not being sure if it’s really telling us anything
and getting back to focusing on how somebody feels when they come on to
our property. What are we asking them to feel in an IBM space? Trying
to get back to that is if not something that keeps me awake at night
is something I consider personally aspirational.

RIC PEELER: I think being
consistent globally is a challenge. With a headquarters organization
we think we’ve done a pretty good job of being consistent within the
properties that we control. From a budget standpoint there’s probably
twice as much budget—if not three times—that’s controlled in our
regions compared to what we control centrally. It was senior
management’s decision because they want to have that local autonomy
and be able to respond to the market. You can understand and respect
that but it comes at a cost—you can’t do events as effectively as they
should be done and there’s a lack of consistency. So trying to find a
way influence programs overall so you can get the results you want
while not directly controlling the budget is an interesting nut to
crack.

EVERTON CRANSTON: I don’t think
there’s anything that I would say keeps me up at night. I just think
there are things that I need to get in front of the leadership so they
can hear the message and we can be on the same page. It’s not just
doing an event it’s what do you get out of the event and how do you
become continually creative and push the envelope to the next level? I
want any physician that comes by the Pfizer booth to feel like they
gained something that they couldn’t get from a rep calling on them.

JOHN ROBINSON: I don’t really
have a department.  I have other people that help with the events but
we don’t have an event marketing department per se.  So it’s still kind
of evolving which is a challenge. At Bridgestone Firestone everything
that you see out there in the public comes through our office with the
exception of the [retail side]. That’s handled in a different office.
So there are decisions that they make that we have absolutely no
control over and at times they are going in a different direction than
we are.  But we’re working on getting everybody on the same track. We
just hired a new advertising agency and we’re integrating all the brand
messages.

HANOVER: Mary? Are you sleeping at night?

MARY FEHRNSTROM: I think the
biggest challenge is that you’re as good as your last program. Even
today I don’t know if I have money for my program next year or the
agency support to do it. So I don’t know what our plans are because I
have to fight for our cmo’s divvy of the funds. It’s hard when you
don’t have the security of knowing what this program’s going to be
moving forward.

The second thing is the global part. I think we’re getting good
traction in terms of having a leader in each area to oversee [the
programs]. But what we need to work on is fitting all the pieces
together so that we have more visibility globally. Right now everyone
is very regionalized in terms of how they look at their events. But we
don’t have a repository of information that’s accessible to everyone in
terms of visibility. I think visibility will continue to be the nemesis
for what we’re trying to do.

HANOVER:  Rebecca there are
people at the table that have hundreds of people in their event
department. Can you just talk a little bit about how you can get the
job done with fewer than five people?

REBECCA LEONARD: It’s
definitely possible. You just have to know what your strengths and your
weaknesses are. That was the first thing I did when I started this job
a year ago—I tested my people internally and tested the agencies
externally—because we do have some agency help as well. It happens that
I have a really really creative group of people. They don’t have a lot
of experience on execution though. So I started working with an agency
that could just bring arms and legs to the table and I said to my
staff “Okay guys you’re charged with the creative you’re good at it
you’re good at the strategy and the concept development and [this
agency] will be your arms and legs.”  If it had panned out a different
way and they were great on execution I would have hired a very
different agency. So it’s just being really smart with your resources.

HANOVER: Okay let’s look back three years. How has the event portfolio changed since then?

PEELER: We have significantly
fewer trade shows now. In the past most of our event activation tended
to be focused on industry trade shows. With the decline of shows like
Comdex there became fewer and fewer really important places to go.
Sponsorship activation has increased and we’re doing fewer Intel-hosted
events as well. We’re trying to consolidate them. Rather than trying to
speak to everyone multiple times we want to make sure we have a few
rallying points and go worldwide. That’s the other big change.

Three years ago there was much more of a domestic focus. Now for every
one of our major activities we try to go global. As an example of all
of this we have an Intel Developer Forum—it’s a major technology
rallying show where we have the industry come together and we show our
roadmap and show emerging technologies. We used to do 11 or 12 around
the world. This year we consolidated down to three and the only event
we did in the spring was in Beijing. All of our executives went on to
Beijing we hosted the event there and we had global press so that we
still had the exact same quality of coverage come out of it but it’s
only going to be held twice—the spring will be Beijing the fall’s in
the US. We used to do 12; now we’re doing two maybe three—a potential
addition for Taiwan because of the local market in that region.

FEHRNSTROM: We will never look
at an event or do an event the same way we did three years ago. At that
time we were truly doing just one vanilla event. We didn’t segment the
audience. Now there’s a whole different level of focus there’s more
personalization more integration with different disciplines. And our
portfolio has gone down 7 percent because as we go into different
emerging technologies we add new events but we’re also knocking down
for instance 85 security shows to 50 and elevating the conversation.
Our biggest challenge is speaking in one voice. When we go to an event
that’s multitopic we need to talk about Cisco not just about the
siloed products which is how our organization is functioning and how
funding happens.

We have a proposal on the table right now to take our Tier 1
events—which are our most important events which have multiple
campaigns that drive them—and fund them off the top. We have not in the
history of Cisco done this before. But it will create community
property and compel all the marketing teams to work together which
will be a good thing.

PEELER: Mary created some buzz
with this question. Three months ago she sent out a feeler to a couple
of us asking how we provide air cover for the strategic brand. I think
all of us were scratching our heads. From a funding standpoint or a
message standpoint if it’s not playing to one product line sweet spot
how do you get management to see the value of umbrella event A. It was
disheartening quite frankly that so many of us scratched our head and
didn’t have the right answer for it. We’re all waiting to see how your
proposal goes Mary.

FEHRNSTROM: We have the heads
nodding and I think the key is having a pre- during- and post-event
strategy and an online presence and I think three years ago that would
have been sporadic. Now it’s absolutely mandatory. We’ve just become
more sophisticated and people are expecting more relevant experiences
and it takes more time and effort to deliver them.