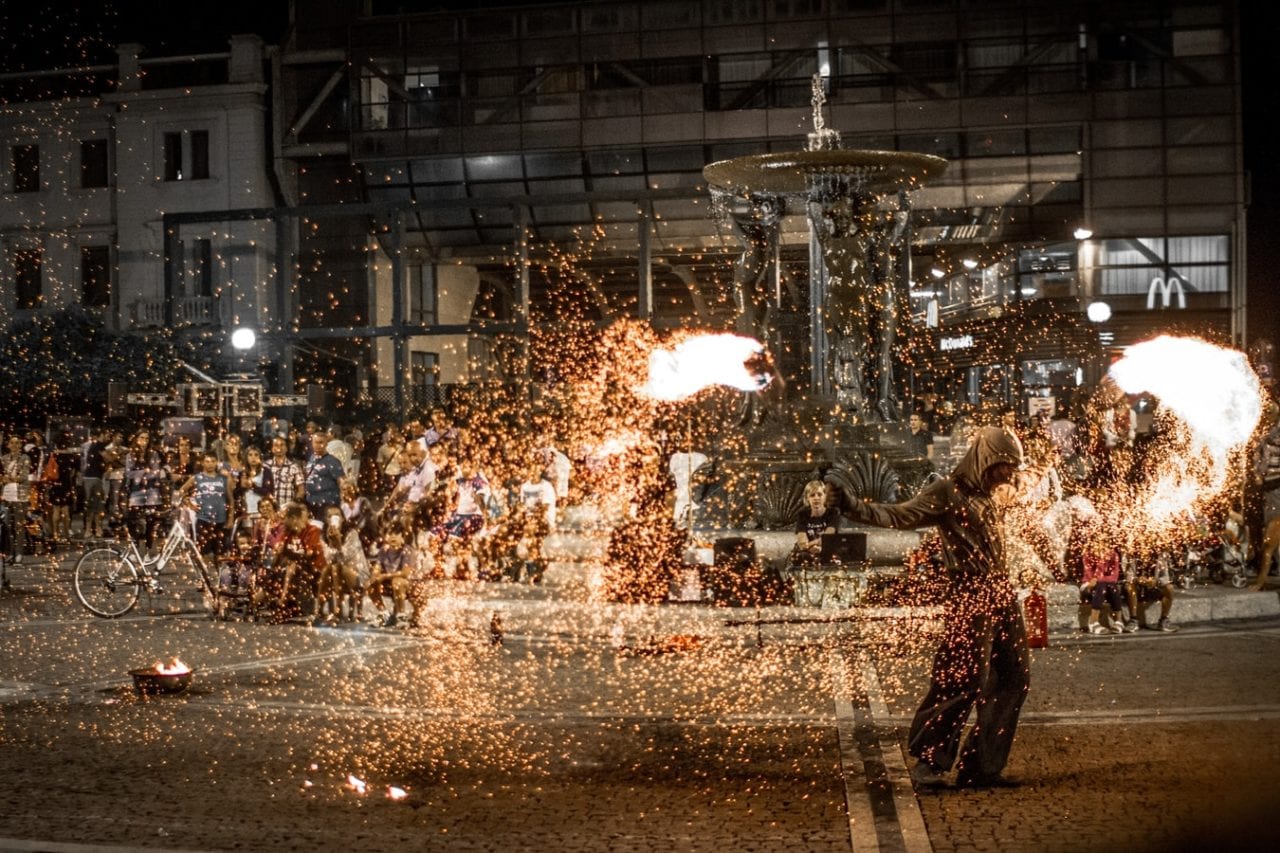 Dos Equis hit the road this fall with The Most Interesting Show in the World a 14-city U.S. tour featuring contortionists aerial performers sword swallowers Japanese robotic dancers fire jugglers drag queens and French burlesque singers. The tour is hosted by Jim Rose emcee of well-known Jim Rose Circus and a performer known for juggling chainsaws eating razor blades and bringing other cringe-inducing acts to the stage. The night of unorthodox performances is followed by an after-party.

The shows brings to life Dos Equis’ The Most Interesting Man in the World concept a fictional man-of-mystery character featured in Dos Equis advertising. (In the narrative of the tour it’s the MIMW who hand-picked the acts.) The campaign and tour targets males ages 21 to 34 with 27-year-olds being the core demographic. Consumer research led the brand to the idea of a series of theatrical events that would be unusual memorable and would offer key influencers in the target group a unique bit of social currency among their friends.

“One of their biggest fears is being considered boring ” Lisa Pfenning brand director at Dos Equis and Sol told Buzz. “That’s really where our strategy connects with them because we are providing them ways in which they can improve their interesting muster if you will.”

Brand ambassadors and entertainers from the tour visit each market the week prior to the shows to do on-premise sampling events. Tickets are distributed to key consumers influencers and tastemakers with the help of promoters in local markets and online media partner Thrillist. Each event hosts between 500 and 800 guests. The tour kicked off Oct. 8 in San Diego and wraps up in Philadelphia in two weeks. Agency: Mirrorball New York City.