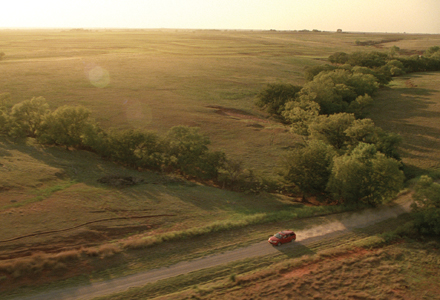 To promote in-state vacations, the New Mexico Tourism Department this summer had residents downloading a GPS-based app and searching the state for the legendary Billy the Kid (he was played by an actor) for a shot at $10,000. Dodge challenged consumers to use clues found on YouTube to hit the road and find “the first search engine for the real world”—a.k.a. the Dodge Journey—in a month-long national campaign to increase awareness of the crossover vehicle. What made these digitally enhanced and geographically challenging scavenger hunt programs a hit? Read on and we’ll clue you in.

New Mexico and its Santa Monica-based handling agency M&C SAATCHI designed catchthekid.com where, beginning July 14, participants could go online to create a profile (or, for fun, a “posse”) and download the “Catch the Kid” app that used Geocaching (a GPS-enabled hunting game) to deliver clues for various locations around the state. Once participants arrived at a location, they activated the app on their smartphones and scanned a program banner at the planned destination. Once they uploaded that information the next clue was revealed. Non-smartphone users could upload a picture of themselves standing next to the banner for the same experience.

Participants could also receive tokens redeemable at the website’s general store for coupons to state hotels and restaurants. To spice up the challenge, people had to download a warrant for the Kid’s arrest, available three weeks prior to the release of the date and location where Billy could be found. The clues led participants to their final destination at the New Mexico State Fair where Billy the Kid was “caught” on Sept. 24.

Dodge’s campaign kicked off on Sept. 8 with a traditional media push and then drove consumers to Facebook, Twitter, a branded microsite and YouTube, challenging them to hit the road in search of the new Journey. Dodge hid three vehicles, one in each of three geographic areas (west, central and east), and then started doling out clues on its YouTube channel, each clue hidden in an understated video. The video clues pointed the way to real world clues, hidden all over each market. The contest progressed east in three stages. Once the vehicle was found, the next contest could begin. The real secret was, the competitors couldn’t just solve the clues and know where the vehicle was hidden, they had to race to get there first and claim the prize in person.

In the first week alone, the YouTube channel had more than five million views. Not that all the action was online. For the East Coast leg alone, which ended Sept. 25, there were more than 200 consumers out on the roads, solving clues and searching for the prize, which was hidden near Port Clyde, Maine (Wieden+Kennedy, Portland, OR, handled).