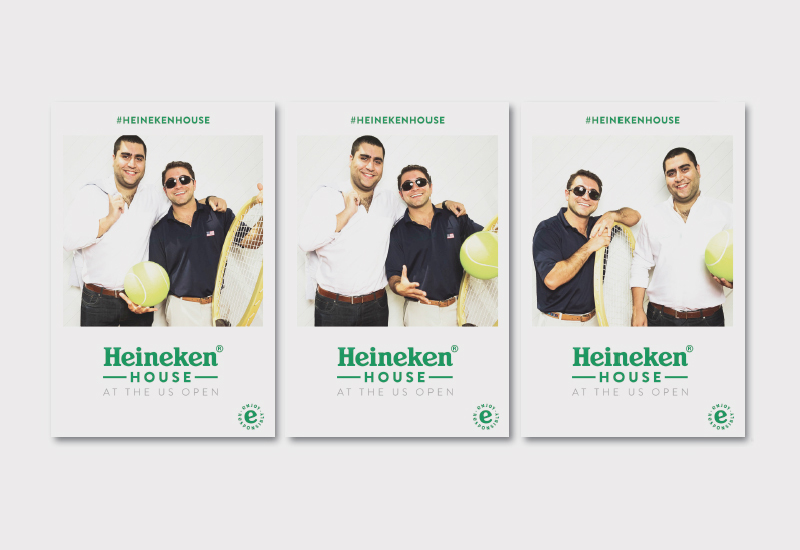 Why Choosy Brands Are Choosing GIFs

From Twitter to Instagram, event marketers rely on social channels to engage with consumers before, during and after their activations. And while branded photos were once embraced as the industry’s most shareable social media assets, there’s a new kid in town. The future of live-event photo activations might just be the animated GIF.

With so many brands vying for the attention of young consumers, it’s no wonder animated GIFs (and the subsequent sharing of them on social media) are becoming a favorite tool. After all, Millennials just want to have fun, right? As live events increasingly include animated GIF engagements, we take a look at the next generation of socially shareable assets.

First, some clarification on what an animated GIF really is. Unlike other media tools like Vine, a GIF is not a snippet of video. Instead, it is an image format comprised of multiple frames (translation: photos) that give the impression of motion when displayed in a sequence. The result is the digital version of a flipbook, which can be set up to loop if the user so chooses.

Animated GIFs have been popping up all over the experiential scene as of late, serving as both a fun engagement for consumers and an opportunity to gain substantial social media impressions for brands. It’s no wonder, then, that Lipton employed an animated GIF booth at its Sundance Film Festival activation in January to help highlight its new line of sparkling teas. The 125-year-old brand even added a twist to the engagement, promoting the booth as a selfie station, rather than an opportunity to take group shots.

“GIFs are a great intersection between photo and video. They’re easy to under- stand, eye-catching and fun,” says Gary So, senior director-marketing at Pepsi Lipton. “When we launched Lipton Sparkling at Sundance, the GIF booth was ideal because it brought that same uplifting, novel feeling that our product does. It was a great way to attract people to our space to engage with our brand and product.”

“The great thing about GIFs is that as they become increasingly popular, they are easier to share across all social media platforms.” -Gary So, senior director-marketing at Pepsi Lipton

Lipton is just one of a whole host of brands reaping the benefits of incorporating animated GIF booths into live events. Heineken has incorporated an animated GIF booth into its Heineken House at the US Open. Welch’s offered a GIF booth to promote its brand at the most recent Food and Nutrition Conference and Expo. And Smartwater utilized the engagement in April at its Upupup Lounge. And the list goes on. But brands are not limited to incorporating animated GIFs into events strictly as modern-day photo booths. There’s plenty of room for creativity.

The displays included cinema graphs of “Penny Dreadful’s” main characters in animated GIF format. The characters were programmed to move their eyes when lasers detected a pedestrian walking by. Participants were then prompted to begin recording their own animated GIF, which placed them in a scene from the show, during which a virtual vampire suddenly crept up from behind. Partakers could then enter their information to share the experience socially.

“The great thing about GIFs is that as they become increasingly popular, they are easier to share across all social media platforms,” says So. “We post a good balance of GIFs, photo and pure video across our brands but when the creative asset lends itself well to simple, quick animation, it’s been exciting to see a high level of engagement [with GIFs].”

While animated GIFs are a fun source of engagement, however, brands shouldn’t rely on them to serve as the foundation of an event marketing approach, warns So. Instead, they should function as engaging supplements to a more comprehensive activation experience.

“GIFs should be viewed as a tool that’s strategic to your campaign and messaging, versus a strategy on its own,” says So. “It’s probably helpful to ask yourself what you want to accomplish, and from there determine if using GIFs would be helpful to incorporate.”

To Gif or To Vine?

As much as animated GIFs are gaining recognition as a unique way to engage with consumers, it’s hard to mention the popular image format without recognizing its cousin, Vine. Vine is a social networking application that consumers must sign up for, and it allows users to record six-second-or-less video clips that play on loop and can be posted to social media sites.

Unlike animated GIFs, which generally connect people to brands by offering them a light-hearted, consumer-centric experience, Vines are more often a way to provide customers with insight into a brand’s role within its industry. Rather than using Vine to engage event attendees on-site, the app is often used to connect a brand with its digital audience by offering a behind-the-scenes glimpse of its live events.

Cisco, for example, often provides its digital spectators event-related content via Vine, including snippets of keynote speeches, overviews of product demonstrations and highlights of entertainment acts, like the performance by Imagine Dragons at the company’s 25th annual Cisco Live conference.

As the world’s collective attention span continues to shrink, it may be short-form media tools like animated GIFs and Vines that save the day for marketers. Deciding on which one to employ, however, comes down to what you hope to accomplish with its message.

“The decision,” says So, “is driven by what you have to communicate, what your creative is and what the goal of the post is.”