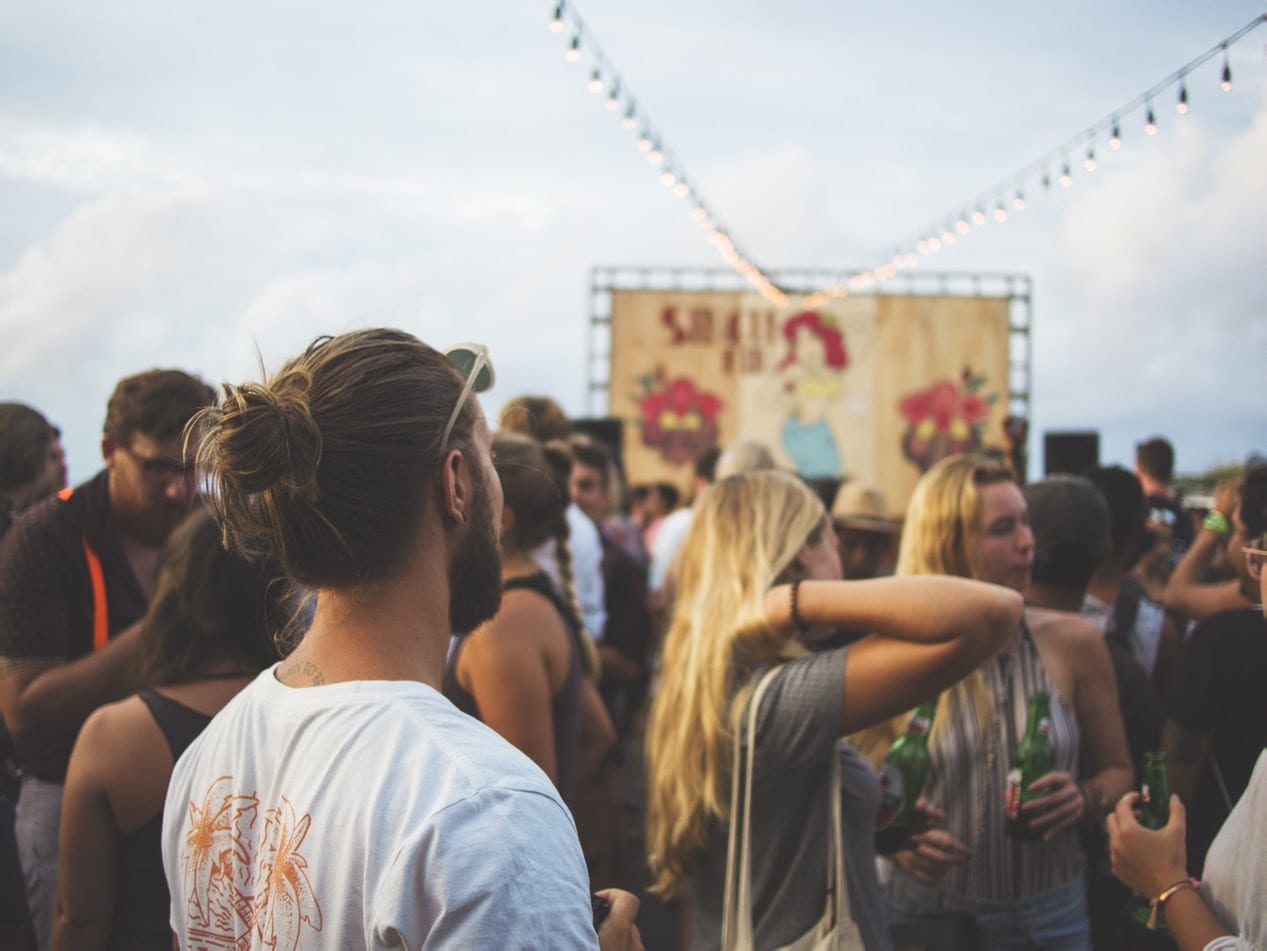 If the tale of the tortoise and the hare has taught us anything it’s to never underestimate the underdog. Big brands with big budgets may have a head start in the marketplace but just like the clever tortoise creative challenger brands are finding ways to win the race. To stand out against the big guns challenger brands are going smaller and more intimate—tapping into target demos with grassroots guerrilla word-of-mouth and influencer programs. The competitive advantage: consumers get more alone time with their products making them more likely to share the experience with their peers.

Picking smaller markets can help challenger brands get more traction too. Philips skipped New York City and promoted its GoGear MP3 player (the iPod being its biggest competitor) in Austin Texas. Home to Austin City Limits and South by Southwest the brand tapped into the city’s independent music scene to help promote its product.
“There’s a big music scene in the Austin market but it’s not as big as New York so it’s easier to reach everybody ” says Wieger Deknatel consumer marketing manager at Philips. “Our competitors are spending $100 million on mass communication so it’s difficult to reach consumers. [The influencer programs] allow you to immediately let people experience your product instead of having to convince them with words or other communications.”

Philips’s theme was Undiscovered Austin which included influencer shindigs and a battle of the bands competition. Bonus: the indie crowd stays away from the mainstream and tends to give the underdog a shot. Like Philips challenger brands such as Hornitos tequila LittleMissMatched lifestyle apparel and Canadian Club whiskey are turning to smaller and more street-wise experiential programs to influence consumers one at a time.

Hornitos. Whether it’s a salt-rimmed glass filled with a festive margarita or a shot of tangy tequila the Mexican-born elixir is associated with life’s celebrations. Most consumers opt for the familiar Jose Cuervo bottle to suit their party needs. If spending big they may reach for Patrón. Hornitos of the Sauza Tequila brand promises 100 percent agave flavor (the plant used to make tequila) at a lower price than competing premium brands that boast the same qualities. Playing up its authentic agave flavor Hornitos took its message to the experts: Mexican-Americans. It scoped out influencers in Chicago Dallas and Los Angeles to serve as Hornitos influencers from August through December.

“As a challenger brand you don’t necessarily have the average budget that your competitor does so you count on interaction with your consumers to get them to really experience your brand ” says Gary Ross associate brand manager at Hornitos.

In each market Hornitos organized discover sessions with bartenders. The goal: equip trusted bartenders with knowledge about the product to tell its customers about it. To integrate into the local Mexican-American communities Hornitos recruited brand champions to be their main influencers. These folks were the tastemakers in each community which made it easier for the brand to talk to the public. The brand champions—a nightlife veteran an actress and a college student/model—hosted dinner parties for 10 to 15 people centered around Hornitos. Plus they picked a local event like a fashion show art gallery or comedy night to be fully sponsored by Hornitos. The culminating event was “Vivelo” (meaning: celebration) which brought together bartenders brand champions influencers and the local community to have a good time on Hornitos. Online Hornitos borrowed from the buyyourfriendadrink.com concept and created buyyouramigohornitos.com where consumers can purchase a drink for their friend. That friend is notified of the free drink via mobile phone or email (Ammo Marketing San Francsico handled).

Philips. To promote the GoGear MP3 player Philips created a multilayered grassroots program that engaged consumers face-to-face in-store and online. Leading up to Black Friday in Austin the brand promoted its product at the local Walmart with a live radio remote and coffee and breakfast served to more than 2 000 people.

Step two: The brand took over a residential loft in the heart of Austin’s music scene and opened the Philips FullSound Loft where 14 influencers (bloggers musicians and industry insiders) hosted events over two months for more than 1 400 guests at a time. It set up a GoGear Lounge and Listening Station where consumers experienced the product up-close with brand teams on hand to answer questions. To stir additional excitement among the music community Philips added the Undiscovered Austin Music Search giving local bands a chance to compete against each other. The public voted for their favorite band on undiscoveredaustin.com where bios about each band were posted. Street teams approached passersby with the GoGear and invited them to listen and vote for their favorite band on the MP3 player. News of the program was posted on Flickr Facebook MySpace YouTube and Twitter. “There are a lot of social networks that people make use of online ” says Deknatel. “The blogs are read by a lot of people and the comments are taken more seriously than a commercial.”

What Philips was able to accomplish is off the charts: 20 000 people attended the influencer events; 2 000 voted in the music search; 11 000 page views on undiscoveredaustin.com; 17 000 photo views on Flickr; 6 000 Twitter impressions. Overall metrics show that word of mouth for GoGear surpassed 200 000 conversations. (Ammo Marketing San Francisco handled.)

LittleMissMatched. To drive consumers to its two pop-up shops in New York during the holidays LittleMissMatched hit the pavement with branded ice cream carts to get the word out. The pink-and-orange branded carts with umbrellas made of hanging socks and flip-flops pay homage to the city’s smorgasbord of street food vendors. The carts were positioned near the pop-up shops as well as at Grand Central Terminal FAO Schwarz and other busy locations. Brand ambassadors handling the carts distributed promotional cards announcing the pop-ups. At the pop-up shops which were open through Dec. 31 consumers were given the brand’s catalog with every purchase. The catalog included silly stickers and a call to play MissMatched games online (extending the conversation to the web). “Our customers are super evangelizers so it’s really about telling our story and building the brand in their eyes so they can own a share of it and tell their friends and community ” says Jonah Staw LittleMissMatched co-founder and ceo. “We’re still a tiny company so even if we wanted to have a billboard in Times Square we couldn’t afford it. It forces us to be nimble and creative. And it so happens that our brand is about creativity so it makes sense.”

Creativity and self-expression is the essence of the LittleMissMatched brand which competes with big lifestyle apparel brands targeting teen girls at stores like Macy’s and FAO Schwarz. The whimsical ice cream carts (created in-house) expressed the brand’s funky style. Brand ambassadors behind the ice cream carts dressed in branded t-shirts miss-matched socks and colorful Converse sneakers. Sometimes the brand ambassadors gave out ice cream cups with one sock inside it. Why? Because the dryer always eats one up silly. The missing sock drove consumers to venues that sell its merchandise or to littlemissmatched.com to get the second sock (Grand Central Marketing New York City handled).

Canadian Club. If bell bottoms and the Volkswagen Beetle can make a comeback your dad’s whiskey can too. Canadian Club whiskey launched the Damn Right Your Dad Drank It word-of-mouth campaign in 2007 to push the classic whisky into American markets (aimed at males 25 to 40). To create buzz it set up shop at bars in Chicago and Indianapolis with shoe shining equipment and instructions on how to tie a Windsor knot. Competing against U.S. staples like Jack Daniel’s and Jim Beam and the cocktail crowd the brand made it known it wasn’t hip—it’s classic. “We were dealing with a whole new generation of men that really hadn’t thought about CC before so we needed to make the program relevant to reach our target without the big muscle behind some of the bigger brands ” says Elissa Sacks assistant brand manager at Canadian Club. “The program gave us time with the consumer. During the shoe shining we had their attention and could tell them a bit about the product.”
The program which wrapped in spring 2008 brought the heritage of the brand to life. On site female brand ambassadors dressed in cocktail outfits taught men how to tie a Windsor knot. Cocktails provided by Canadian Club were served including the CC ginger Manhattan and CC soda. At the shoe shining chair the brand gave away branded shoe polish ties and etiquette guidebooks. Consumers were also invited to make their own Canadian Club ad on canadianclubwhisky.com. The ads are made to look like a page out of dad’s photo album. Once completed the ad can be downloaded and sent to family and friends adding a word-of mouth component on the web (GMR Marketing New Berlin WI handled).