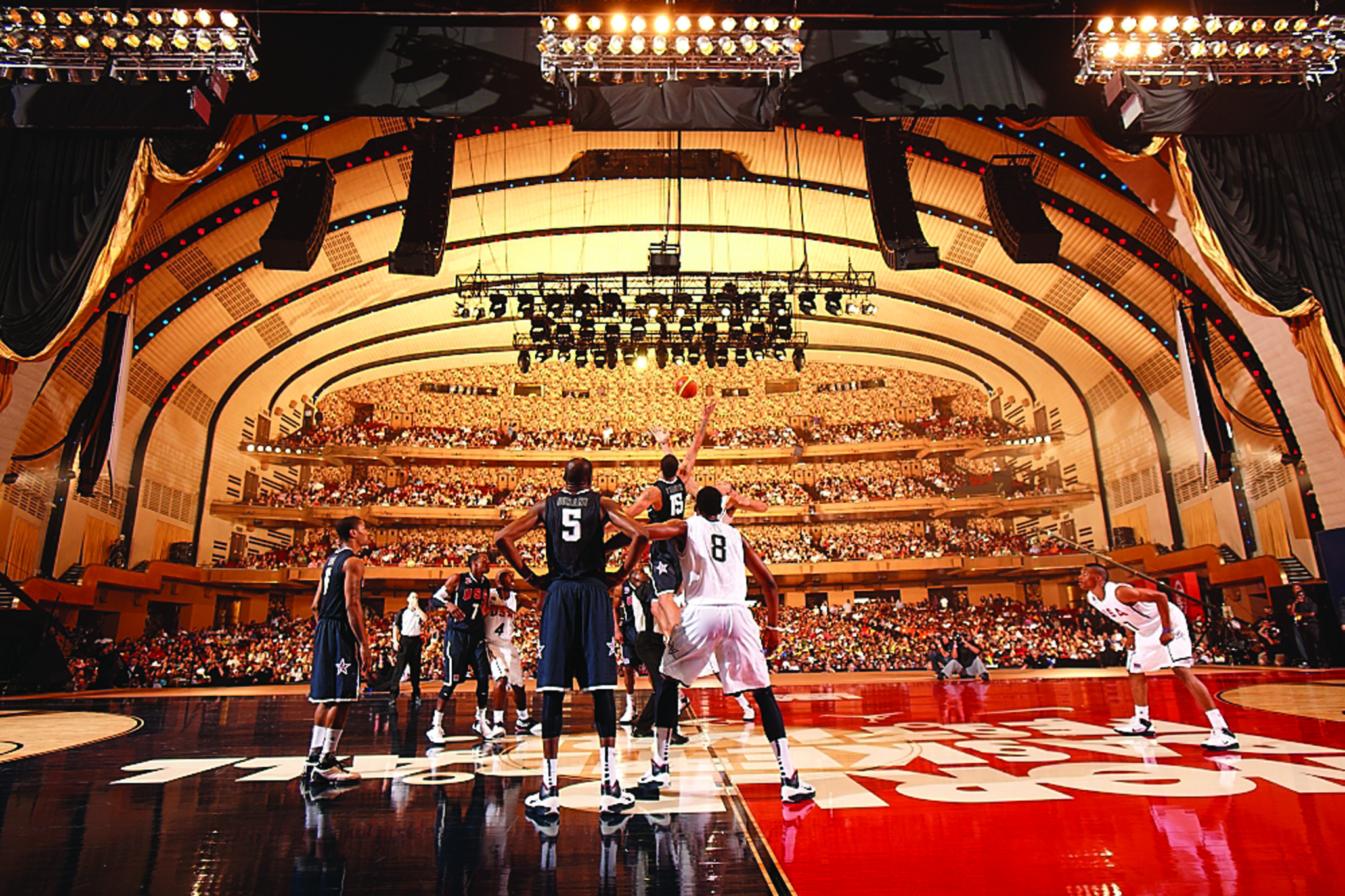 When it comes to activating in the world of sports, Nike practically wrote the book. For nearly half a century, the brand has been setting the bar for activations that mix sports, celebrity and popular culture in groundbreaking and highly profitable ways. So when the opportunity to create a proprietary basketball event arose, the brand applied its signature magic touch to turn an unknown property into an annual tradition in the making.

The event, dubbed Nike World Basketball Festival, took place Aug. 12 to 15 in New York City, and will be held every two years in partnership with USA Basketball and the FIBA World Championships. A scrimmage game featuring Team USA and a Jay-Z performance at Radio City Music Hall kicked off the four-day festival. After the opening event, the action moved uptown to the historic basketball courts at Rucker Park in Harlem for open-air practices and scrimmages by the Brazil, Puerto Rico and France national teams and concluded with exhibition games between Team USA and France, and China against Puerto Rico at Madison Square Garden. The exhibition games were designed to spotlight the sport of international basketball and raise awareness about the 2010 FIBA World Basketball Championship in Turkey, Aug. 28 to Sept. 12, which is the biggest event in basketball outside of the U.S.

The first step in making a new event a long-term success is to get the right influencers on board. To that end, Nike invited a wide selection of key celebrities, athletes, business luminaries and 25 busloads of New York City high school students, then created custom experiences for each group. “This was an event that could speak to anyone with a love of basketball, so this was an opportunity to elevate the sport and serve as a platform for the Championships, while raising the profile of some of our assets,” says Nike spokesman KeJuan Wilkins, who managed   the program. “We knew that with an event like this, that is the first of its kind, we had to entice influencers from both the sports and cultural sides to be a success.”

For the first-tier VIPs, Nike account holders, retail partners and local celebs, the lower lobby at Radio City was the party place both pre-game and at intermission between the game and the concert. In addition to the top-shelf bar and tasty hors d’oeuvres, the space was decked out in Nike sportswear, limited-edition shoe displays and other products to keep the brand top of mind.

For VVIPs like partner company ceos, NBA players like Lebron James and Dwayne Wade and A-listers like Spike Lee, there was an intimate, private room for hobnobbing away from the press, where Nike could really impress them with the luxury and coolness inherent to the brand.

To instill the event in the memories of the people who will keep it popular, more than 1,200 local high school students were bused in and given preferred seating for the game and concert. Before the game began, they were treated to shows by local marching bands and drum corps and during intermission, players hung around for a short question and answer session with the kids. Nike also gave out tickets to the weekend event to New York community groups, charities, youth clubs and basketball leagues.

After the game, the players left the court and in just a half an hour, the whole place was converted from a basketball court back to the most iconic music hall in the country before Jay-Z took the stage to blow the roof off the place. New York City-based handling agency MKTG INC was tasked with transforming the main stage at Radio City Music Hall into a regulation-size basketball court, complete with room for 5,000 attendees and, to make it a bit trickier, easily convertible to an arena stage again for the epic concert that would follow the game.

To turn a sponsorship opportunity into a long-lasting event property, Wilkins says you have to have the credibility in the first place to pull it off. “Be authentic to the space you’re working in,” he says. “It comes back to the product. People expect the best product from Nike, and equally so within the event and marketing side. That’s huge for us.”

To draw worldwide attention, the basketball and musical performances were streamed live on Facebook at facebook.com/wbf and highlights were available after the fact on nba.com and usabasketball.com and ESPN2 ran a tape-delay of the basketball performance.
Swish.   EM