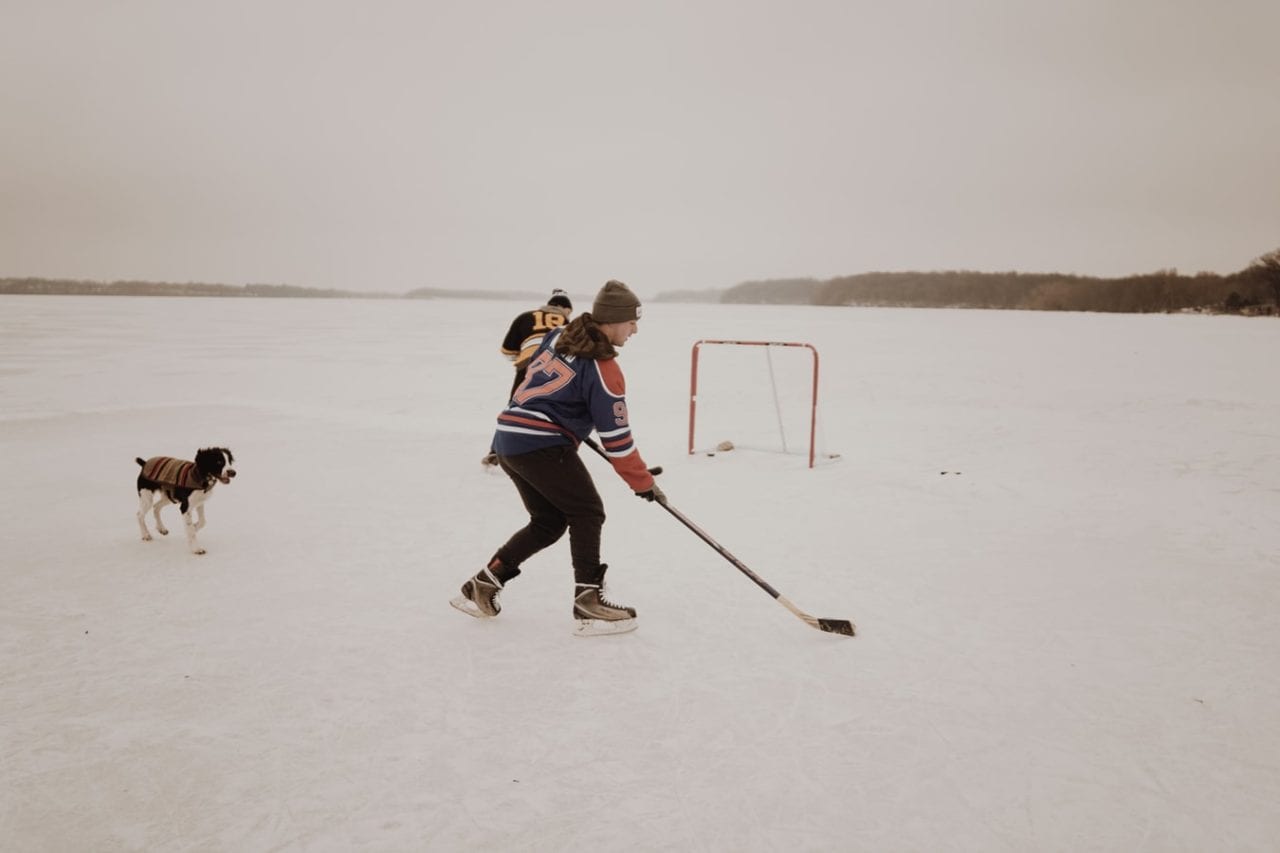 A perfect getaway for most of us means sandy beaches and warm weather but for hockey players the ideal setting is frozen ponds and bitter cold temperatures. Canadian beer maker Labatt Blue has tapped into hockey players’—one of its core markets—passion for the game and beer by taking over an entire town in wintry Wisconsin and turning it into a hockey lover’s paradise.

This February for the third time Labatt Blue sponsored the annual Labatt Blue Pond Hockey Championships in Eagle River WI. The weekend-long event has grown every year from 40 teams six rinks and four divisions in 2006 to 142 teams 18 rinks and nine divisions this year. The players mainly from adult recreational hockey teams travel to the event from 22 states.

Labatt reaches back to what hockey players enjoy most: a good game played on a frozen pond with family and friends cheering. The program is also a win for brand awareness and sampling. In three days Labatt Blue puts its product in the hands of thousands of willing consumers—from the players and their guests to the townspeople. It also gets lots of impressions. Leading up to the event buzz is created on both Labatt and USA Hockey’s websites. The program has also been covered in local newspapers and on local TV show “Wakeup Wisconsin” (clips are on YouTube—another strike for viral marketing). Labatt has brewed up a winning recipe to create brand affinity for the third year in a row… here’s why you should steal this idea:

IT’S GOT A CAPTIVE AUDIENCE

The tournament is played on Dollar Lake split up to fit 18 rinks in the small town of Eagle Rock where there is only one road going in and out. The area surrounding the rink is littered with branded tents for players photo ops first aid assistance concession stands bathrooms and 30-foot inflatable Labatt Blue beer bottles. The tournament kicks off on a Friday at 10 a.m. and goes through Sunday afternoon when the semi-finals and championships take place. The brand is in front of players and their guests and the townspeople for three days and nights.

On Friday night the players and their guests are welcomed with bar crawls at five local establishments (all Labatt Blue accounts) fully branded and offering beer specials. Saturday night Labatt Blue takes over a large warehouse for the big party where the presidents of Labatt Blue and USA Hockey welcome the players. Each player receives two free beers upon entrance to the party and can enjoy $3 beers from any of the six bars set up on site. The night includes raffles for branded merchandise like coolers beer mugs and USA Hockey autographed memorabilia.

IT’S GOT THE RIGHT PARTNERS

By partnering up with USA Hockey Labatt Blue had access to its vast (21 and older) member database. Labatt can specifically target hardcore hockey fans with mailings or send email blasts about the event and other product information. Partnering up with USA Hockey also gives Labatt street cred with hockey players who want the real deal. Plus Labatt can give out prizes such as signed hockey memorabilia that only USA Hockey can provide. In addition to bragging rights the winning teams receive an actual USA Hockey goalie championship mask.

“Hockey players don’t like to feel that they’re being sold to ” says Craig McCarthy account supervisor for Strategic New York City which handled. “We’re not pitching anything this is just something we do to thank them for supporting us and a sport we connect to like hockey.”

IT BUILDS EQUITY IN TOWN TOO

Throughout Eagle River the presence of Labatt Blue is evident through signage including a half mile-long string of branded flags leading to the pond. Hockey players and their guests roam the town between tournaments bringing in a lot of business by renting snowmobiles ice fishing and lunching and dining at bars and restaurants. It’s a win for Labatt Blue the players and the residents of Eagle River. Area hotels especially the Chanticleer Inn which has been the host hotel all three years also benefit from increased business. The townspeople can catch all the tournaments for free and receive a donation each year from Labatt Blue to help support their own recreation department.

Labatt doesn’t just hold an event at any old ice rink; it tugs at the heartstrings of the hockey community—known to enjoy close-knit camaraderie—by finding a place where the weather and setting is just right. “It’s really about creating a unique brand experience for our core consumers and also consumers who are not currently enjoying Labatt Blue ” says Peter Bodenham director-marketing at Labatt USA. “Pond hockey has always been part of a great tradition for hockey players in Canada and the U.S.—as is Labatt Blue—so putting these two things together in a real environment—frozen lakes—provides that authentic hockey experience.”