10 Years of EM: Brands of the Decade - Event Marketer 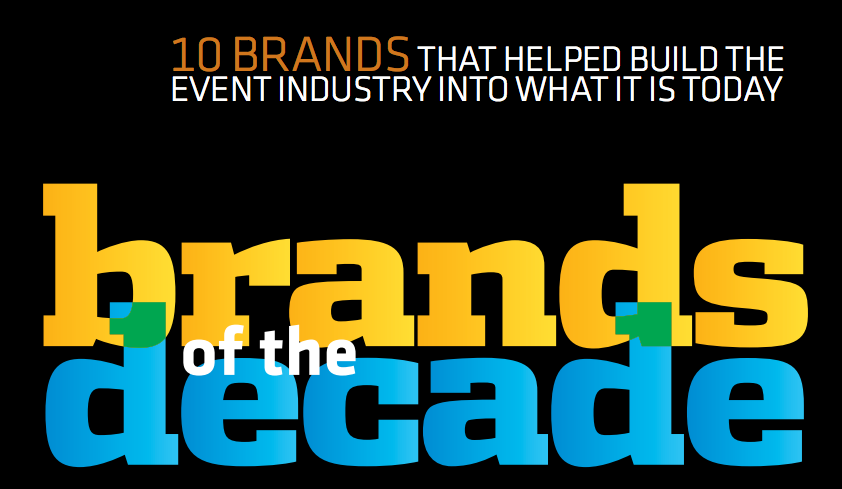 10 Years of EM: Brands of the Decade

Ten years ago, a small subsection of corporate marketing departments began to fall in love with a fairly new and extremely unproven discipline called event marketing. From auto and financial-services to beverage, commercial aviation, retail and technology, it started to grow like religion.

Although the industry has acted as a collective to grow the discipline into what it is today, there are in fact a few brands that deserve some special credit. Ten of them to be exact. These brands not only helped elevate event marketing from what it once was to what it has become, but they’ve also made events around the world better, stronger and more effective. From globally relevant Coke campaigns to the multiplying reach of American Express, these brands have inspired an industry, taught us some lessons, given birth to so many of the trends we all live and breathe—and helped drive experiential marketing usage globally.

Presenting our Brands of the Decade, the 10 brands that most influenced the growth of event marketing.

American Express
THE IMPACT: Rich Lehrfeld’s team must have some deep-seeded hatred for doing the same thing twice, because no brand keeps its experiential machine fresher than American Express does. And that’s no light statement, considering the company’s sponsorships and events are long-term, global initiatives.

GETS CREDIT FOR TEACHING US ALL how to increase the “reach” of experiences. AmEx multiplied the reach of sponsorship activations when it recreated the U.S. Tennis Center smack dab in the middle of Rockefeller Stadium in the Big Apple—creating a “duplicate experience” for consumers who didn’t have tickets to the US Open tennis tourney. It was AmEx that showed us how adding a digital layer to live literally takes an event that reaches thousands and turns it into an event that reaches millions. From global initiatives in the world of sports to local events tied to small businesses, the blueprint remains a clear and present path between the brand and the customer.

Cisco
THE IMPACT: Helped take the b-to-b side of the event business to the next level with an embrace of metrics, technology and a very public construction of global event strategies. No event department has evolved like Nancy Neipp’s has over the last decade.

GETS CREDIT FOR TEACHING US ALL that it was time to reinvent b-to-b events, and Cisco has shown the world
how to do it. Witness the experience mapping function that markets and engages different event attendee types differently before, during and after events. The event metrics t­­hat help the company spend correctly. The social media layers that turn live events
into global experience “broadcasts.” And, of course, the best use of virtual events on the planet—as Cisco took what was a live global sales meeting for years and reinvented it first as a fully digital event and then as a perfectly calibrated hybrid event that engages the right people on-site and online.

Coca-Cola
THE IMPACT: The world’s most powerful brand has always been the top influencer of the “marketing stock exchange.” And so when Coke started to globally embrace experiential marketing back in 2003, the event discipline’s stock went through the roof. And everybody noticed. And followed. And watched.

GETS CREDIT FOR TEACHING US ALL that high-touch experiences can be integrated globally but activated locally—and supported by media, not the other way around. No brand has a better formula for creating worldwide platforms that seem, well, so unglobal to the consumer. And that’s the point. From sports sponsorships to a new global embrace of music to pop-ups, sampling, street tours, mobile tours… dayum, there’s a lot going on. And the new injection of technology (facial recognition software at events, RFID linked to social media auto-tags, the interactive pavilion at the London Olympics) is also having an impact on the industry.

Ford
THE IMPACT: Jim Farley took what used to be an advertising-driven spend and flipped it all on its head with integrated marketing that in many cases has experiential marketing shifting into drive. It’s the freshest marketing toolbox the company has ever had, and the resulting campaigns are churning out result after result after result.

GETS CREDIT FOR TEACHING US ALL that not only can experiential marketing play a lead role in the marketing mix, but it can help drive a brand turnaround. Fact is, Ford put it all on the line and bet on event marketing to help reconnect with consumers, change perception—and drive sales. And in the midst of doing all three, it also became one of the best users of social media, using bloggers and consumers themselves to launch and sell vehicles. Crowdsourcing has become a permanent part of Ford’s game plan and a lesson to all of us on the power of peer-to-peer.

Gillette
THE IMPACT: Has been the CPG Experiential All-Star for more than a decade. Gillette was connecting with consumers using mobile tours, street marketing, sponsorships and the like before most packaged-goods brands realized how bad their marketing was. And in the years since, it’s gotten that much better.

GETS CREDIT FOR TEACHING US ALL that “trial equals purchase.” It was Gillette that started timing new product launches around the events it sponsored. It was Gillette that turned the passive mobile tours of the 1990s into the trial-crushing platforms of the 2000s. And it was Gillette that created the original link between live engagement and store cash registers long before the term “path to purchase” started heating up. Experiential marketing investments were hardly considered expenses—rather, they were considered profit centers. Recently the company has upped its sports chops and community platforms. Gets extra credit for infecting the rest of P&G with its experiential virus.

Heineken
THE IMPACT: The company has long used its status as a challenger brand to its advantage, with irreverent event campaigns, non-traditional sponsorships and some of the most relevant marketing programs in its category.

GETS CREDIT FOR TEACHING US ALL that mixing big experiential ideas and heavy technology can make an incredible bond with consumers. Look at the on-premise Star Player program that had consumers downloading an app and winning points by guessing what would happen in every play across soccer games. Or the BeerFriender campaign that boosted sales of Heineken’s home draft system by using Facebook as a beer drinker’s Match.com, matching dudes who wanted to buy the product with each other—and then allowing each to buy one for the other (that way, the guys couldn’t get in trouble for buying something for themselves). Or our fave, the Valentine’s Day crowdsourced event campaign that offered personalized love songs from social media.

HP
THE IMPACT: Quite honestly, doesn’t get the “experiential veteran” label that it deserves. HP had experiential on the brain long before Intel locked its space at CES, Cisco went strategic and SAP decided that SAPPHIRE needed a makeover.

GETS CREDIT FOR TEACHING US ALL that there is a fine line between b-to-b and b-to-c. No brand is as equally good at both sides of the fence, and no brand has cross-pollinated the two. HP was the first consumer tech brand to jump into experiential marketing, with huge mobile tours, traveling experiences, retailtainment programs and sponsorships of music and sports. HP was also one of the first tech companies to perfect its b-to-b events, consolidating its trade show portfolio, putting procurement in a quarterback position and reinventing programs as demand-generation machines. It was also the first company to create a fully global virtual event management system. And it remains as serious about eco-friendly event marketing now as it ever was.

Nike
THE IMPACT: The most innovative and game-changing marketer of the last decade—if we had only one brand of the decade, it would Nike. The company has reinvented, redefined and refined every type of event and every channel of the event business—from sports sponsorships to pop-ups to mobile tours, street marketing, influencer marketing, social media programs and more.

GETS CREDIT FOR TEACHING US ALL a helluva lot of stuff.  It was Nike that ushered in the age of the proprietary property with the original Run Hit Wonder and Women’s Marathons. It was Nike that was one of the first brands to actually charge consumers to participate at events. It was Nike that started using Facebook as the anchor for event campaigns. And it was Nike that showed the marketing world that if you’re not pushing the envelope… you suck. The latest events leverage the largest arsenal of emerging technology in the industry.

Samsung
THE IMPACT: The decade-long evolution of the once-unknown company into a true power brand is undeniable—and so is the role of experiential marketing.

GETS CREDIT FOR TEACHING US ALL that tripling your event budget can exponentially increase results. There’s a reason why Apple is scared of only one company: No brand on the planet is willing to go bigger than Samsung. In fact, if it can’t go big, it doesn’t go. It would be a mistake to say the company simply spends more than others. Rather, the tech giant has a keen understanding of the costs of doing business in an overly cluttered world of me-too products. From the global Olympics sponsorships to national campaigns and hyper-local efforts, the goal is to bring to life the brand, push trial of products and use one of the biggest experiential marketing budgets on the planet—now entirely tethered to social media—to almost make competitors invisible.

Xbox
THE IMPACT: It took a decade, but an experiential marketing-heavy mix and a global strategy to unite gamers online has put Xbox on top. It would be incorrect to label the 10-year evolution as “slow and steady”—as it was fast and aggressive—but there is something to be said for the diligent commitment.

GETS CREDIT FOR TEACHING US ALL that “maintaining focus and momentum” is critical. Too often, brands go heavy at launch and then dial down experiential, or they have a soft launch and then pump up the volume. Xbox goes big… and stays big. The generation one launch featured a mobile trailer-anchored experience covered by an inflatable dome. The launch of Xbox 360 took it all to the next level with sponsorships, influencer programs, business theater-style press reveals and a global digital push for the Xbox Live gaming platform. And for Kinect, the brand blew the doors off all of it with a global experiential blitz that reduced PlayStation and Nintendo to tears.