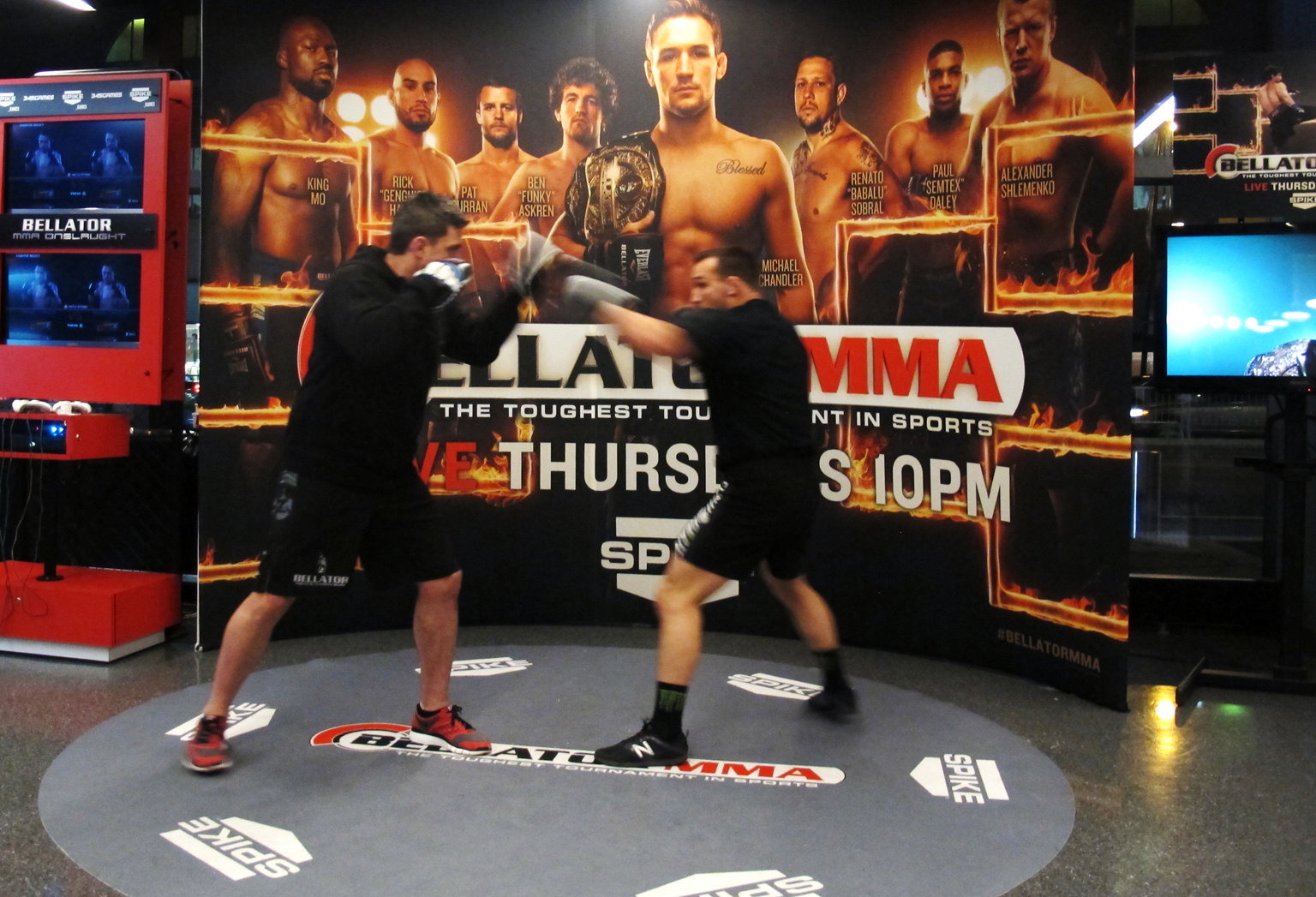 To drive viewership for its broadcast of the tournament-style mixed martial arts competition Bellator MMA, Spike TV on Feb. 13 challenged attendees at the Bellator Mixed Martial Arts Tournament at New York’s Barclay’s Center to test their skills at a punch meter game that measured the force of the punches and put the top fists up on a leader board. Top punchers competed for the title of grand champion. The network was the first home of the Ultimate Fighting Championship, which moved to FOX in 2011. Now, Spike is hoping Bellator explodes in popularity the way the UFC did, with the network’s help.

The format of the punch competition mapped back to the Bellator events, emphasizing the unique tournament format of the main event. The activations also featured a demonstration with a fighter and his trainer and photo opportunities with fighters and ring girls. The activation marked the finale of a five-city tour that included Denver, Orlando, Phoenix and Toronto. To help the fighters develop dedicated fan bases, the network also brought them out for exhibitions with their trainers and for autograph sessions at each event.

“This is a new property and we needed to build stars, so having this activation allowed us to bring the fighters to the public,” Terry Minogue, vp and creative director at Spike, told Buzz. “In addition, what we were doing on-site had to travel. If we’re going to activate around something, we need to go beyond the physical space and earn media attention on social media.” Agency: Scout, New York City.