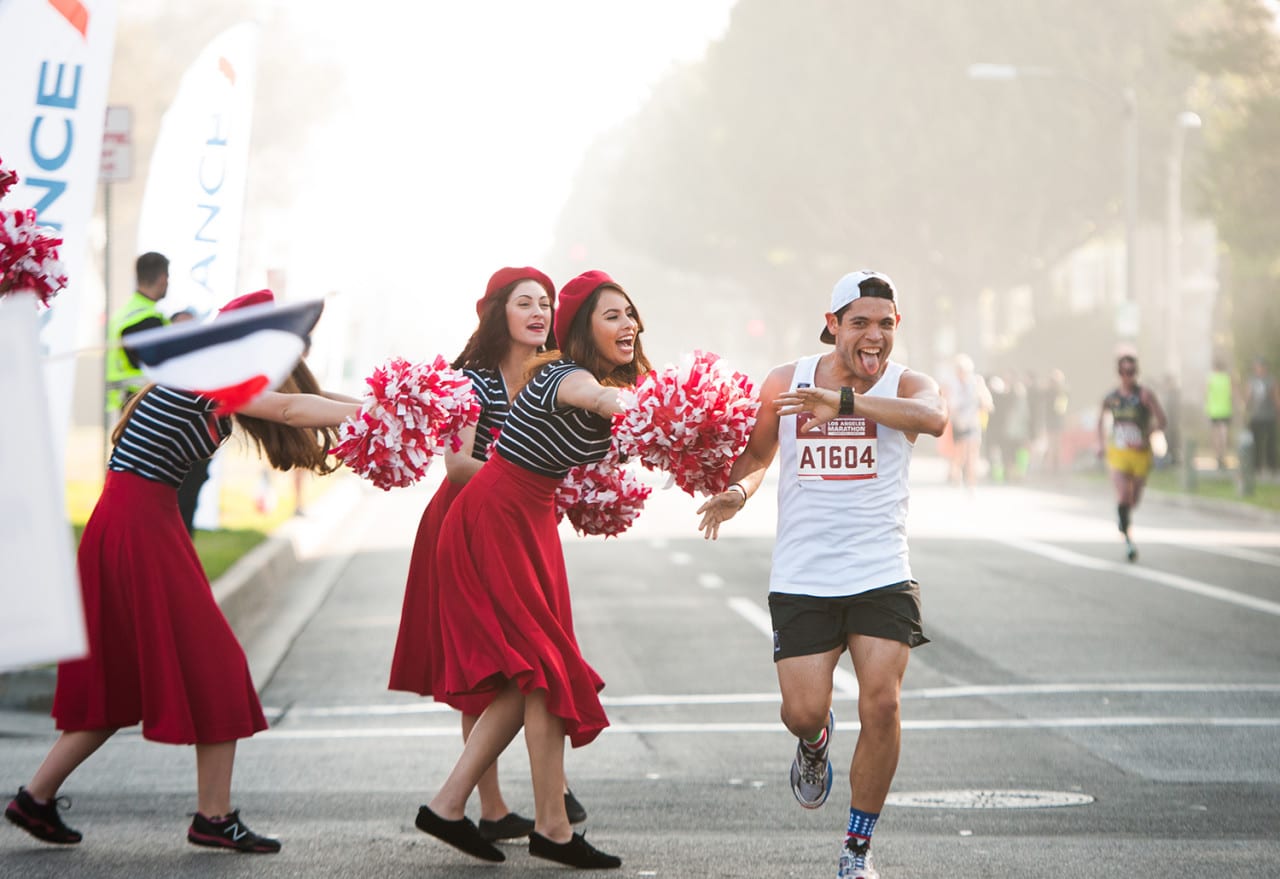 Air France Lands a Mutli-Faceted Presence at the L.A. Marathon

Air France served as the official airline sponsor of the 2016 Sketchers Performance Los Angeles Marathon Feb. 12-14 deploying multiple activations to engage runners and spectators over the course of the event. Running events are a big part of the airline’s sponsorship portfolio domestically and internationally, which includes its own proprietary race France Run, which it activated last summer in New York City. Air France operates Flying Blue Running, a club within its Flying Blue frequent flyer program, which offers flyers running event packages, resources and a network of runners worldwide, in addition to other benefits.

For the Los Angeles Marathon, Air France activated a booth at the Health & Fitness Expo at the Los Angeles Convention Center. Attendees were able to see and sit in the new business class seats designed with a flat bed, direct access to the aisle and a multi-purpose table. The booth also offered a photo opportunity and an online sweepstakes for the chance to win a trip to the Paris Marathon with round-trip airfare.

Air France also activated a booth at the LA Marathon’s LA BIG 5K at Dodger Stadium (the warm up race the day before the marathon) and at the post-marathon Finish Festival. Both activations offered information about the brand’s frequent flyer program, the Flying Blue Running club, and gave visitors more chances to win a trip to the Paris Marathon. In addition, during the marathon, Air France took over Mile 16 in front of City Hall in Beverly Hills where DJ Lam spun French beats while a squad of women decked in berets cheered on the runners.

“Two years ago we did a survey of frequent flyers and we realized that one third of the participating flyers were runners, so for us, that became a real asset,” says Christophe Attard, vp-marketing and communications at Air France. “Most big runners who run marathons tend to travel to attend these global races so because of that, we wanted to have a global strategy in place to engage and support this community.” Agency: Dusty Ann Holdren, Los Angeles.