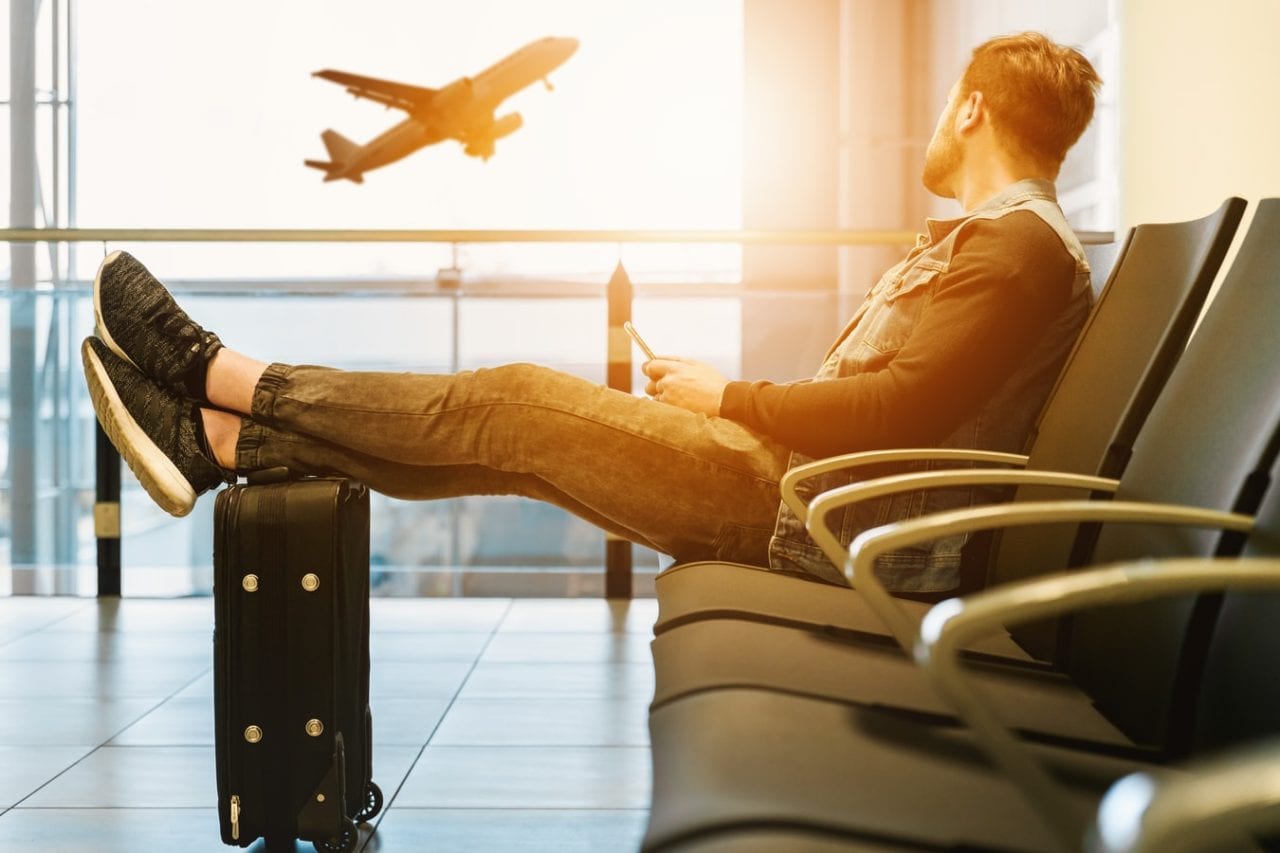 They’re powerful affluent influential and… trapped. More than almost any other place without a golf course major airport terminals are full of business travelers. But it isn’t easy to get a piece of the action. Getting into airports and past security with your brand ambassadors and products for a short-term promotion is expensive challenging and full of red tape. (For starters every airport and terminal has a different set of rules.)

So why bother? Boingo Wireless and Samsung’s IT Division braved the TSA to get a little ROI from the b-to-b crowd. Here’s a look at how they did it.

The Strategy. Boingo Wireless owns the wi-fi hotspots for several U.S. terminals (you’ve probably seen the signage) and last year the company decided it needed to show more of its target consumers how easy it is to stay connected even when they travel. So they set up 30-day pop-ups at Chicago’s O’Hare New York’s JFK International and Minneapolis-St. Paul International with charging stations complimentary document printing and brand ambassadors handing out an hour of free wireless access.

Meanwhile Samsung’s IT division wanted to create an opportunity to show off its new products in Toronto Pearson Airport where busy business travelers could hang out in a first-class lounge while waiting for flights. Last November it designed and built the Samsung Lounge which for a $30 fee gives guests access to wi-fi charging stations color printers comfortable seats catered food and four flight information displays (on Samsung LCDs of course) so no one misses a connection. It will be open for three years with rotating Samsung equipment and staffing by Hong Kong-based Plaza Premium.

The Hurdles. George Metalsky field marketing manager at Boingo Wireless says there were several unique challenges associated with the project the biggest being the expense. Because most major airports have contracted advertising rights with either J.C. Decaux or Clear Channel Communications Boingo had to pay them for the event space. Also staffers and brand ambassadors had to be of higher quality because of the stringent background checks required by the Transportation Security Administration at each terminal. JFK required an outside security force be hired to escort all the personnel on site in addition to requiring that union labor be used for construction and load-in and out.

“We knew the subscriber acquisition costs would be through the roof on this but it was more of a brand awareness exercise than a sales venture ” says Metalsky. “Next time we do this we’ll probably try to tailor it a little more to gain subscribers than we did this time.”

Brand ambassadors were also limited in their scope and assertiveness because of the venue according to Paul Duffy vp-partnership marketing at Next Marketing in Atlanta which handled Boingo’s three pop-ups. They were not allowed to wander from the booth’s footprint so engaging people in the concourse to drive traffic was almost impossible. “It would have been nice to have them roam around more into the waiting areas but in our locations we had a good presence and a lot of traffic so I think it was OK ” Metalsky says.

Marco Nalli marketing director for Samsung’s IT division says the challenge is not getting the pop-up in place largely because the airport invited Samsung to sponsor the space. For Samsung the difficulty is avoiding complacency and keeping the space well-branded and stocked over the course of three years. “The key to success is ensuring the product is fresh and we are not displaying out-of-date technology ” he says. “We have to be really hands-on and make sure information about the product is readily available to visitors both for research and later purchase.”

The Metrics. Calculating ROI figures was difficult for Boingo because awareness played a bigger part in the promotion than driving sales. The brand’s primary collateral was the free pass for wi-fi access and it was able to track a 10-12 percent usage on the distributed passes.

“It’s kind of hard to see from that how many of those people purchased ” Metalsky says. But it was able to measure significant spikes in overall wi-fi network use during the promotions which continued even after the events ended. “The residual usage definitely went up in the airports we were in as compared to the rest of our airports ” he says. “I think it showed that people were now aware of how it works and who we are and used it the next time they went through the airport.”

Samsung isn’t trying to generate direct revenue either Nalli says. For his division it’s all about eyeballs. With several million travelers passing through the terminal each year he is working with Plaza Premium to track the paid entries logins to the wi-fi network and other data to get accurate numbers of impressions.

“ROI is always the big thing these days and we definitely want to see the traffic going into the lounge ” he says. “For us we want to keep people’s interest and ensure that they are going to look at our brand inquire about our brand and surf the internet to find out more about our products so we’re tracking that in terms of log-ins and wireless accesses.”

The Takeaway. Because of the difficulty and the expense activating in the airport is not for everybody. For those brands that know they belong however few venues will be a better match. “For Boingo the business traveler is the biggest demographic so being in an airport is a perfect fit ” Metalsky says. “The airport space makes the most sense.”

For Samsung it was about the target but also the timing. “We were looking to display our wares on the IT side to those business travelers because we are one of Samsung’s only primarily b-to-b divisions ” Nalli says. “A lot of people are not familiar with Samsung’s non-consumer electronics product lines and with the [2010 Vancouver] Olympics coming up and with Pearson being a major hub for that we will get a huge opportunity to show some of our wares on the IT side.”