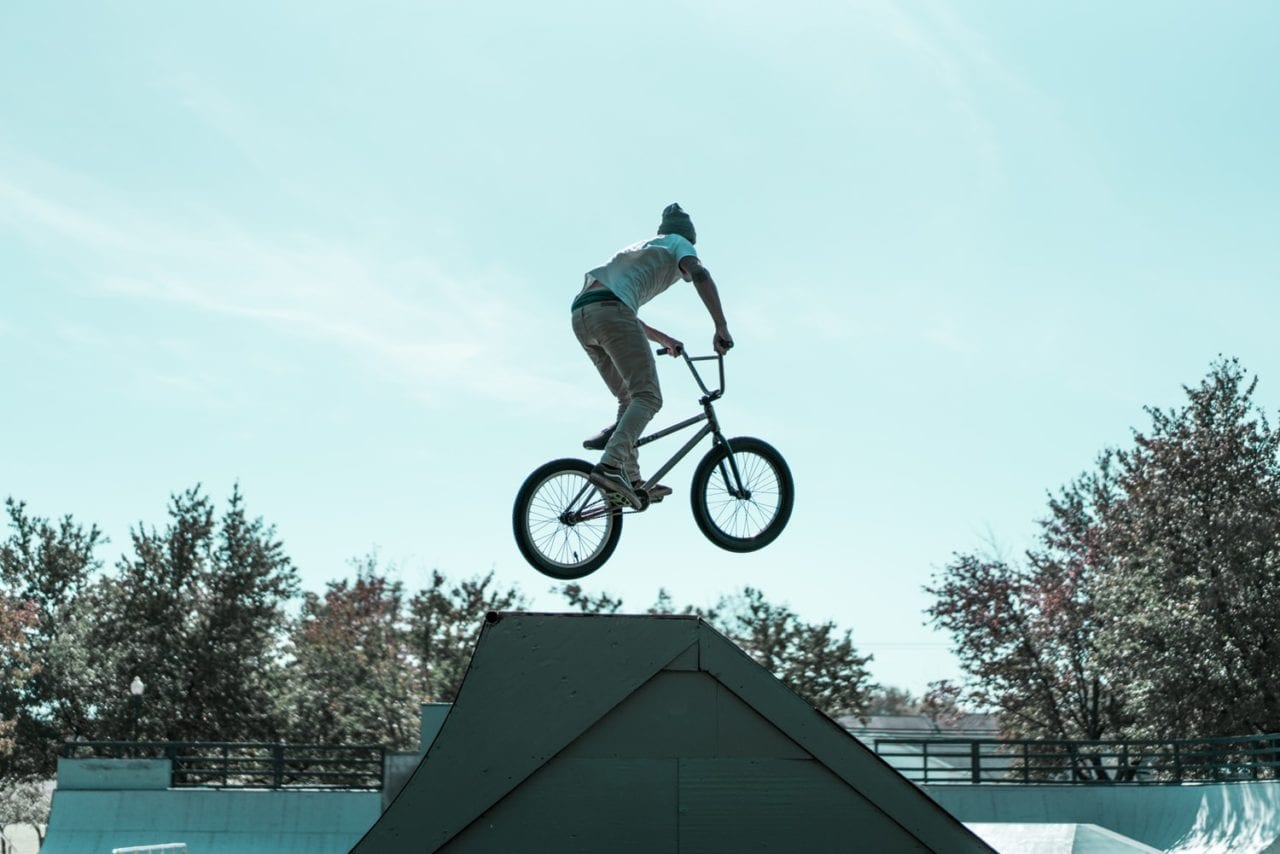 In the ’90s skateboarding culture was all about snubbing the establishment and steering clear of the mainstream. Today action sports are still about taking risks but the mainstream’s looking a little less lame especially since many of those teens who were busting moves 15 years ago have settled into real jobs and are raising kids of their own.

So has cruel time tamed action sports the way it has some of its trailblazing Gen X fans? Yes and no. The family crowd you’ll find at X Games is far from Ozzie and Harriet. Gen Xers are not Baby Boomers. They’re as likely to buy their five-year-old a skateboard as a baseball mitt and they probably still hop on their own decks from time to time.

What this means for marketers is greater opportunity to reach a broader demographic through action sports. “Ten years back this would have been a niche audience and you’d have to be more authentic to the hardcore enthusiast ” says Chad Harp marketing communications specialist at Toyota who manages strategy for the company’s sports sponsorships. Toyota has been a sponsor of Mountain Dew’s Dew Tour since its inception three years ago. “Today action sports have been adapted into the American culture pretty openly.”

Old School Equals Buying Power
As the action sports crowd of the ’90s ages they aren’t giving up their favorite pastimes. They’re still passionate about the space even if they have less time to devote to it. But what they’ve lost in available time they make up for in spending power.

Many brands are taking advantage of the opportunity. Take American Express which uses both snowboarder Shaun White and surfer Laird Hamilton to promote its membership rewards program. Or Harley Davidson which is using skateboarding to connect with the older half of the action sports market—18-to-35-year-olds. Harley has partnered with skateboarding shoe brand Emerica to become part of its Wild Ride Program. Eight pro skateboarders rode Harleys across the country over the summer visiting local skateshops. Harley also ran a series of launch events for its HD Nightster line in conjunction with Vice magazine Emerica and local HD dealers at music venues and skateparks along the way (Agency: Fuse Burlington VT). The Nightster goes for less than $10 000 making it a nice option for young professionals who finally have some disposable income. “We like to break down the myth that Harley Davidsons have to cost $20 000 ” says Andy Benka director of market outreach at Harley. “We have a natural connection with skateboarding around the shared values of freedom and individual spirit.”

Toyota is also taking advantage of the expanding fan base by bringing a broader message to the Dew Tour this year. It brought the Prius hybrid to the Salt Lake City leg. The car’s target skews slightly older but the tour’s youthful environment made it the perfect place to show a young adult audience that hybrids are about more than just a serious environmental message.

Toyota did a ride and drive allowing attendees with valid driver’s licenses to take the car out on a closed course behind the festival village. “People don’t realize that hybrids are fun to drive ” says Harp. “So we put them through a course where they could drive a little bit quicker and get a good feel for the vehicle.” The excitement and youth culture of action sports lent its fun factor to the Prius. “We’ve learned that even adults once they get into this atmosphere let their inner child come out ” says Harp.

A Family Affair
The changing demographics aren’t just skewing the audience older. As hardcore fans become parents they are much more likely to support their own young children as they take up skateboarding snowboarding or other action sports opening up a new opportunity for brands looking to connect with young families.

Panasonic a longtime Dew Tour sponsor has found a captive audience for its Bring Back Family Time concept part of its five-month long Living in High Definition nationwide tour. “As the Dew Tour becomes more mainstream more families are attending ” says Reynaldo Cruz director-comarketing at Panasonic. “The events themselves are becoming more like community events so it’s a great opportunity for us to engage consumers.”

In addition to products on display Panasonic runs a loaner program in the festival village where attendees can check out a digital camera or camcorder for use at the event. The equipment records images on an SD card that can be inserted directly into any Panasonic flat panel display (Agency: Renegade New York City).

Major events like the Dew Tour aren’t the only way to leverage action sports to reach young families. Case in point: Amerifit’s Vitaball brand of gumball vitamins which launched the Gr8 Skate Giveaway last summer. Vitaball partnered with the 100 largest skateparks in the country to promote its online deck design contest. Brand ambassadors went to local parks with branded stickers wristbands hats and t-shirt giveaways plus coupons and product information for parents. The ambassadors hyped the online contest sending kids to a branded microsite where they could design their own skateboard deck. Five winners each day had their deck design produced and sent to them by Vitaball. Plus the skatepark that garnered the most entries every month received either $10 000 in cash or $20 000 in park upgrades (Agency: Active Marketing Group San Diego).

“A brand like Vitaball needs a cool factor around it ” says Dave O’Brien brand manager at Amerifit. “And nothing is cooler than skateboarding. We rely heavily on peer-to-peer branding and skateboarders are a pretty loyal group.”

The grassroots effort paid off. “It became very viral. About half of the traffic we got came from visitors emailing their friends about the site ” O’Brien adds. “Ten years ago it was more difficult to do a promotion like this because skaters were more rebellious and more skeptical. At this point with skateparks becoming more mainstream and the demographic getting a little younger it’s more accepted.”

Keeping It Real
For all the talk of families and young professionals the core of action sports will always celebrate youth with broader audiences as an added benefit. Toyota works with Shepard Fairey an urban artist well known in skateboarding circles to design the Toyota Zone in an effort to appeal to the youth market. “It’s essential that we’re authentic ” says Harp. “The audience still skews young. Yes there’s just as much going on for a brand like Toyota with a more mature audience as there is with the younger community but we still consider [Dew Tour] one of our youth programs.”

Okay we’ll admit the future belongs to the young but old-school lives on.