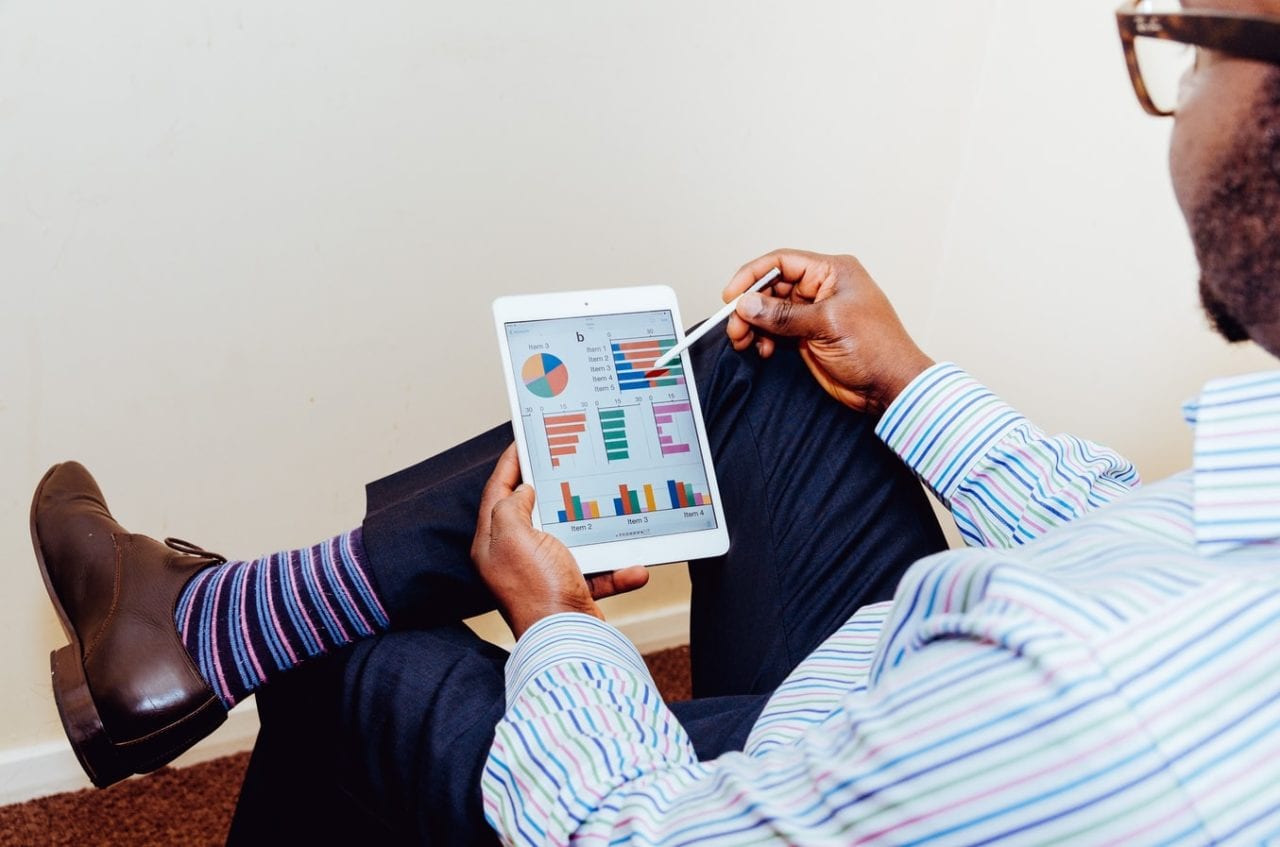 Television has Nielsen ratings. Print ads circulation numbers. Even billboards in the middle of South Dakota can look to traffic patterns to help illustrate their value. None of these tracking units are a perfect science of course. (No matter what they tell you.) But based on sheer market maturity these disciplines have historically enjoyed more perceived measurability—and therefore more dedicated budgets—than word-of-mouth and experiential marketing programs. That is until now.

Alternative media spending is up friends so there’s no time like the present to prove how viable measurable and downright effective your event strategies can be. Layer in some cutting-edge word-of-mouth measurement tools and you have a compelling program filled with both qualitative and quantitative benchmarks.
Here we begin our measurement mojo report with an inside look at an award-winning model for effective word-of-mouth measurement a quick primer on a methodology that calculates ROI at events and a program that not only got people buzzing about personal lubricant it effectively tracked who was doing it. (Buzzing that is.) And finally new and even surprising social cues you can use to measure your program’s WOM moxie both before and after the main event. Read on:

INFLUENCER SURVEYS
Over a 12-week campaign tomato juice brand Clamato gave samples and coupons to 2 000 buzz agents. The agents reached 34 000 customers and positive opinions rose from 53 percent to 78 percent. Lee Jeans recruited 1 000 agents and gave them each one pair of One True Fit Jeans and a promotional kit including tips on who to target. Six months later questionnaires showed that 88 percent still wore their jeans and 50 percent bought more. Post-campaign surveys aren’t new measurement tools but understanding how to track the second- and third-tier conversations that spark up as a result of buzz agent (or influencer) outreach programs requires a new approach. Meet the WOMUnit.

The Word of Mouth Marketing Association defines a WOMUnit as a “single unit of marketing-relevant information shared by a consumer.” The more WOMUnits your programs can ignite the more successful it has the potential to be. Not everyone in the industry agrees that it’s the gold standard but for the 2006 launch of adidas 3Tech—a 48-hour deodorant—the concept helped to illustrate how an influencer campaign can generate measurable product-specific conversations that boosted both preference and sales.

To get the products in the hands of the right people the brand screened and qualified 18-to-24-year-old males they determined had a higher propensity to create WOMUnits in sports-oriented settings like locker rooms or at practice. Perhaps more importantly the men were qualified based on their positive feelings about the product prior to being empowered to spread the word. In October 2006 100 socially and athletically active influencers received kits that included 36 antiperspirants an adidas baseball hat and a brand message card.

Once the influencers started handing out samples a three-tiered measurement program kicked in. First the deodorants were printed with messages to drive new users to a website where they could sign up for their own mini-kit that included eight deodorants and a chance to win $1 000. The deodorant users were grouped into three generations: Generation 0 (G0) the original 100 screened influencers; Generation 1a (G1a) people (capped at 800) who signed up online for a kit as a result of the influencer; and Generation 1b (G1b) people who signed up to win the $1 000 prize package but didn’t get a kit. Four weeks later G0 and G1a participants were surveyed via phone and email about their word-of-mouth activities. The research revealed that the original 100 influencers had generated more than 23 000 measurable conversations and 4 936 sales of the product. Surprisingly the second tier G1a consumers generated more than double the WOMUnits than projected. The finding points to two things: Low-involvement products if they have a strong story (48-hour protection) can get people talking; and providing second and third-tier influencers forums for further engagement with the brand can help marketers measure impact.

“The Influencer is essentially a tool for sampling and by having an offer where their friends can go online sign up and receive product we are able to bring back to the client richer program data and results ” Lauren Ackerman account executive at Toronto-based agency Matchstick (which handled) said in a published paper that received a WOMMA award for Best Demonstration of ROI at the 2007 Word of Mouth Marketing Association Research Symposium.

Brands can apply the same tiered WOMUnit measurement principles to event programs by pre-seeding attendance or product trial before a live event and then tracking post-event conversations against sales to determine ROI. Or by using the event environment itself to seed product trial among G0 attendees building in post-event incentives to G1a participants and then tracking the chatter and sales that result.

ZONE METHODOLOGY
In the same way that adidias tiered influencers to track and measure the WOMUnits they created event attendees can be broken into groups to better leverage their WOM potential and to more accurately project ROI. Zones of Influence are an event-specific methodology outlined in the new Event Marketing Institute report “The Viral Impact of Events.” It illustrates how effective WOM tactics and measurement can reduce your cost-per-touch. Here’s how it works:

Think of a bulls-eye. (Or check out the diagram above.) In the center is Zone 1 the Impact Zone where your target prospects have likely chosen to participate in your event. They usually have up to four more people with them and they will also likely chat up your event with their friends who didn’t attend. This transference of information to friends and family happens in Zone 2: The Influence Zone a key group to include in the measurement strategy because the conversation value is higher between friends than it is between your brand and your target. Finally in Zone 3 the Residual Zone brands have a chance to leverage or lose the talk value that’s been ignited in Zones 1 and 2.

According to the report “In order to be able to harness the power of this important Zone [Zone 3] mechanisms must be built into the event ways for attendees to communicate with the company and with each other must be created and a continuum for creating and sustaining regular information flow and tracking of consumer activity over time needs to be developed.” On-site data collection is useful but limiting in terms of maximizing the potential reach within each Zone. Blogs microsites and consumer-generated content portals can effectively engage attendees from all three zones in conversation provided you remember to send them home with something that drives them to the next step. The Zone 1 influencer for example that uploads a video made at the event will share it with Zone 2 and 3 consumers via text or email sparking a post-event viral effect. Traditional marketing messages like TV ads and p.r. can also serve as effective post-show reminders to those only briefly touched by the event.

With the Zone methodology marketers can better calculate the event program’s cost-per-touch by factoring in the true value of each Zone 1 brand engagement (See box at right).

PROGRAM SURVEYS
Most people don’t talk about personal lubricant with strangers. (Unless they’re on Oprah.) But Johnson & Johnson took on the challenge in 2007 when it launched a new brand of personal lubricant called K-Y Intrigue. To change its clinical public perception and to make a hush-hush product more talk-worthy Intrigue recruited 52 female Concierges—women who matched the target and could easily and comfortably chat up taboo topics—who each hosted intimate house parties. The influencer events ranged from spa parties to champagne-tastings decadent and sensual experiences in nature but without the hard sell. In February the brand also hosted two larger kick-off events in New York and San Francisco that included celebrities and a lingerie fashion show. By the end of the program 1 100 people had attended the parties and had spread the word to 16 744 people. The brand surveyed participants before and after the program to calculate the reach of the events taking specific note of the feedback generated by the program not just the brand.

SOCIAL CUES
Consumers have more social outlets than ever before. Within these bustling communities clues and data—often in the form of consumer-generated content—exist that collectively can help marketers get a pre- and post-event snapshot of the effectiveness of their campaigns. The social cue strategy versus just tracking survey results or microsite hits better matches the nature of WOM (conversations) with its measurement model (mapping where conversations happen).

“ROI is a very archaic but specific term in the world of marketing and advertising ” says Andrew Strickman vp creative/managing director at Ammo. “We tend not to talk about ROI unless it also includes emotional and sociological impact.”

Ammo frequently incorporates a wide array of data points into its measurement models to create a baseline for how many consumers are talking about a brand before a program launch. Sociological cues like how many times the product had been reviewed on amazon.com or other review sites how many photos or videos had been tagged with the brand name on YouTube and Flickr and in what context the images appeared (positive or negative) are considered. Because with WOM the medium is often the message the Flickr photo of the event may have as much if not more cost-per-touch currency as the free sample no one talks about. All the factors and assumptions are combined to create a WOM index which the client and agency agree to before launching the program.