‘The Americans’ Bursts Onto the Scene in L.A. – Event Marketer 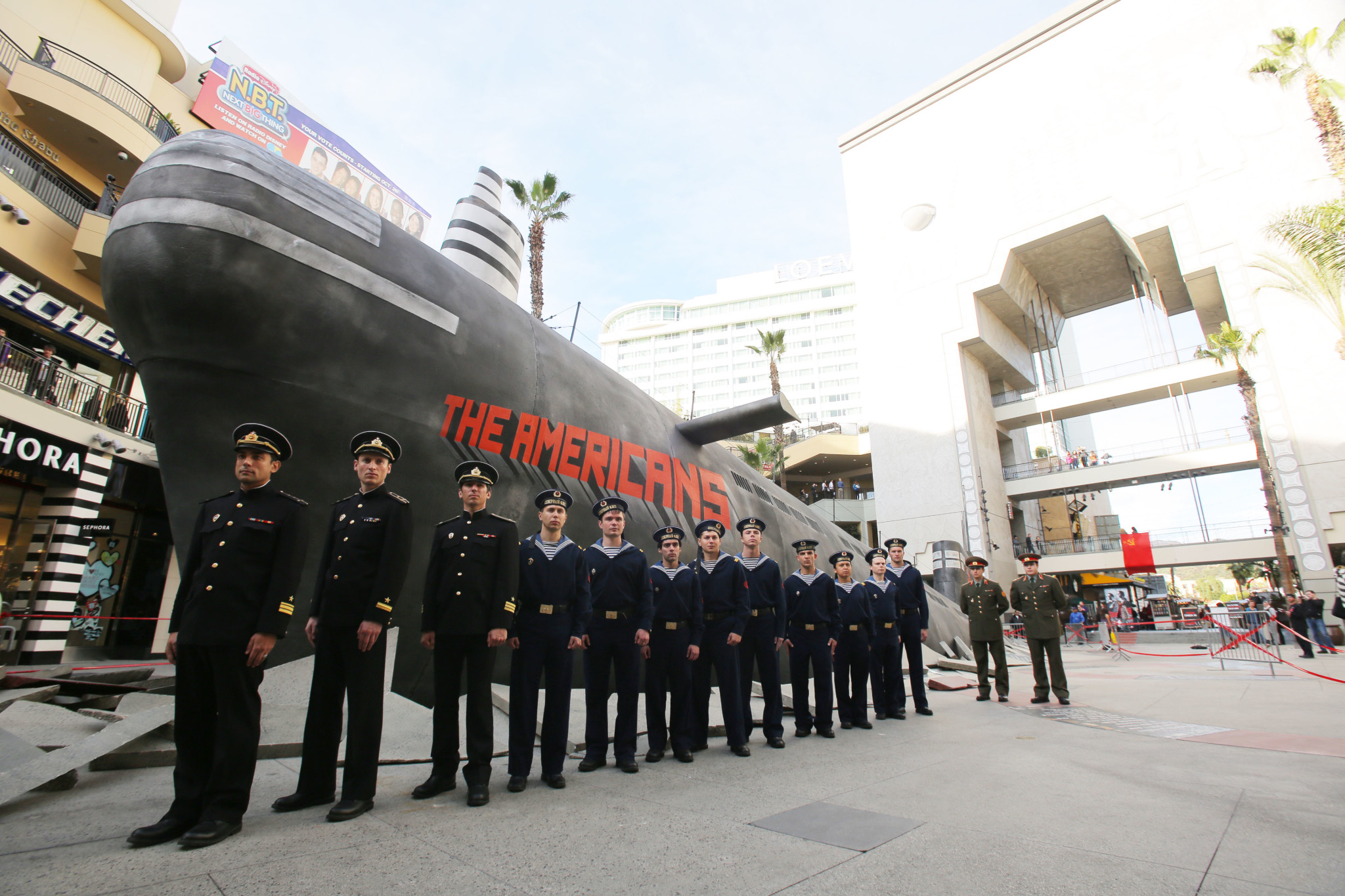 ‘The Americans’ Bursts Onto the Scene in L.A.

To promote its new series “The Americans,” FX on Jan. 28 activated a stunt in Los Angeles that had a replica Russian submarine appearing to break through the pavement at the busy Hollywood and Highland shopping area. From 10 a.m. to 6 p.m., the Cold War era came to life as Russian-speaking actors dressed as officers and soldiers of the Soviet Navy guarded the sub while military drills and a helicopter flyover took place around the eye-catching visual.

“The Americans” is a period drama about a married Russian couple (played by Matthew Rhys and Keri Russell) living in suburban Washington, D.C., who are actually spies during the 1980s.

The installation was part of an integrated campaign including print, TV, radio and outdoor advertising to raise awareness of the program, which premiered on the network two days after the stunt. Members of the press were invited to cover the action and attend a Russian-themed luncheon hosted by the series’ executive producer Graham Yost.

“We were looking for a concept that was closely tied to the theme of the show but quirky enough that it would draw peoples’ attention and give the feel that this had actually happened,” Kenya Hardaway, vp-integrated promotions at FX, told Buzz. “We received great word of mouth and exposure that helped drive our numbers for the premiere.” Agency: LeadDog Marketing Group, New York City.