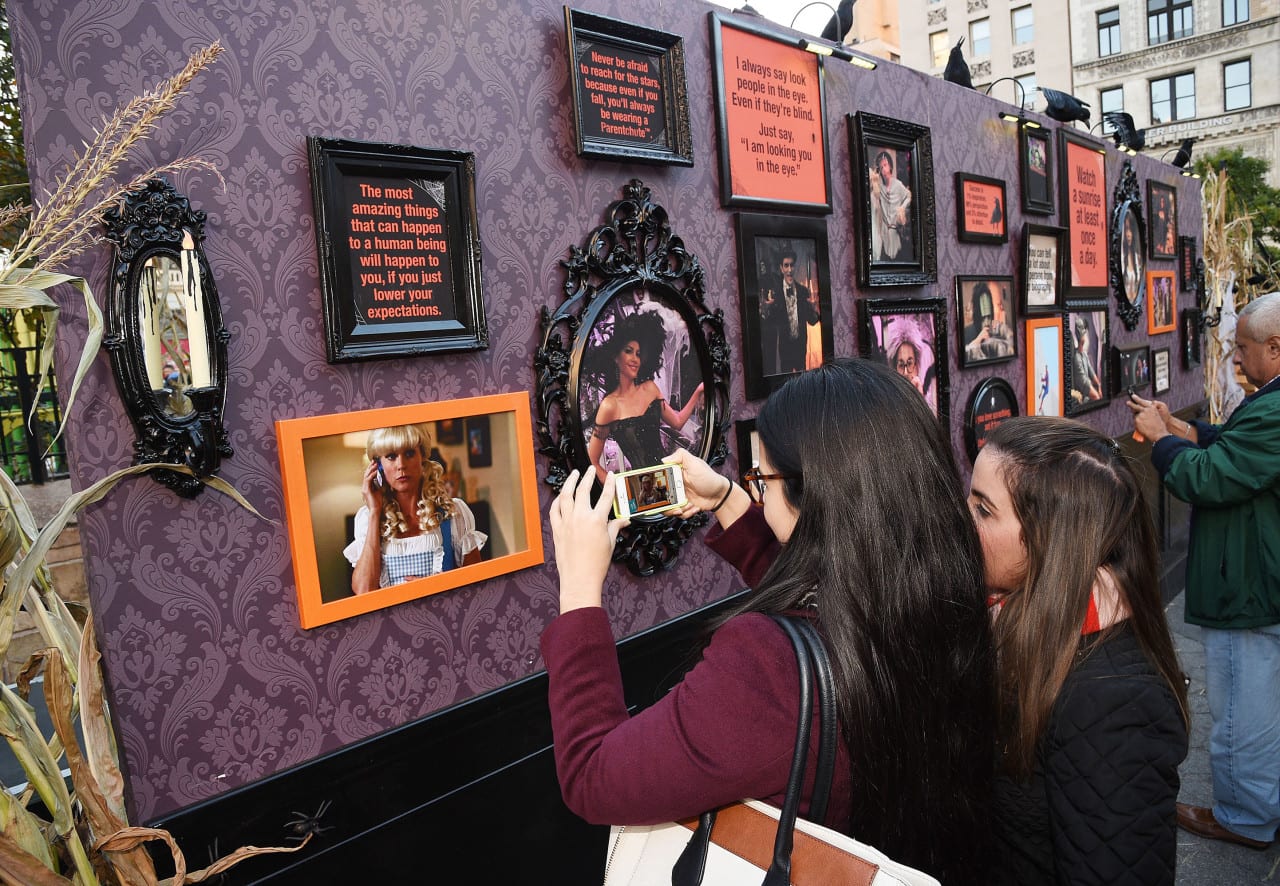 To attract viewers and promote the new season of “Modern Family,” FOX TV affiliates in New York City and Los Angeles created a Halloween-inspired event that incorporated augmented reality into the experience.

The family-friendly activation, called Fall for All, took place in New York City’s Union Square (Oct. 19) and Los Angeles’ The Grove (Oct. 26). One of the activities had attendees inside an interactive corn maze tap the app (tech provider: Taggar) on their smartphones while viewing specific photos with orange frames to launch video clips from the show. Taggar is an augmented-reality app that recognizes objects and photos and brings them to life onscreen.

Besides the orange-framed app-activated photos, a 20-foot gallery wall within the corn maze displayed additional images and quotes showcasing Halloween episodes from the show. Another station within the maze tested attendees with trivia questions about the show.

Other activities included a photo op in a pumpkin patch outside of the maze in which attendees could have their photo taken in a “Modern Family” frame to text or email to themselves, and face painting. Attendees also received free samples from participating partners including KIND bars, Coffee Bean & Tea Leaf and Hershey’s. The North Face displayed its line of winter coats.

“We wanted to reinforce ‘Modern Family’ and get time and tune-in for the station, and have found that experiential activations are effective because they attract fans of the show but can also draw in potential new viewers,” says Eileen O’Neill, vp of affiliate marketing at Fox. Agency: The Michael Alan Group, New York City.