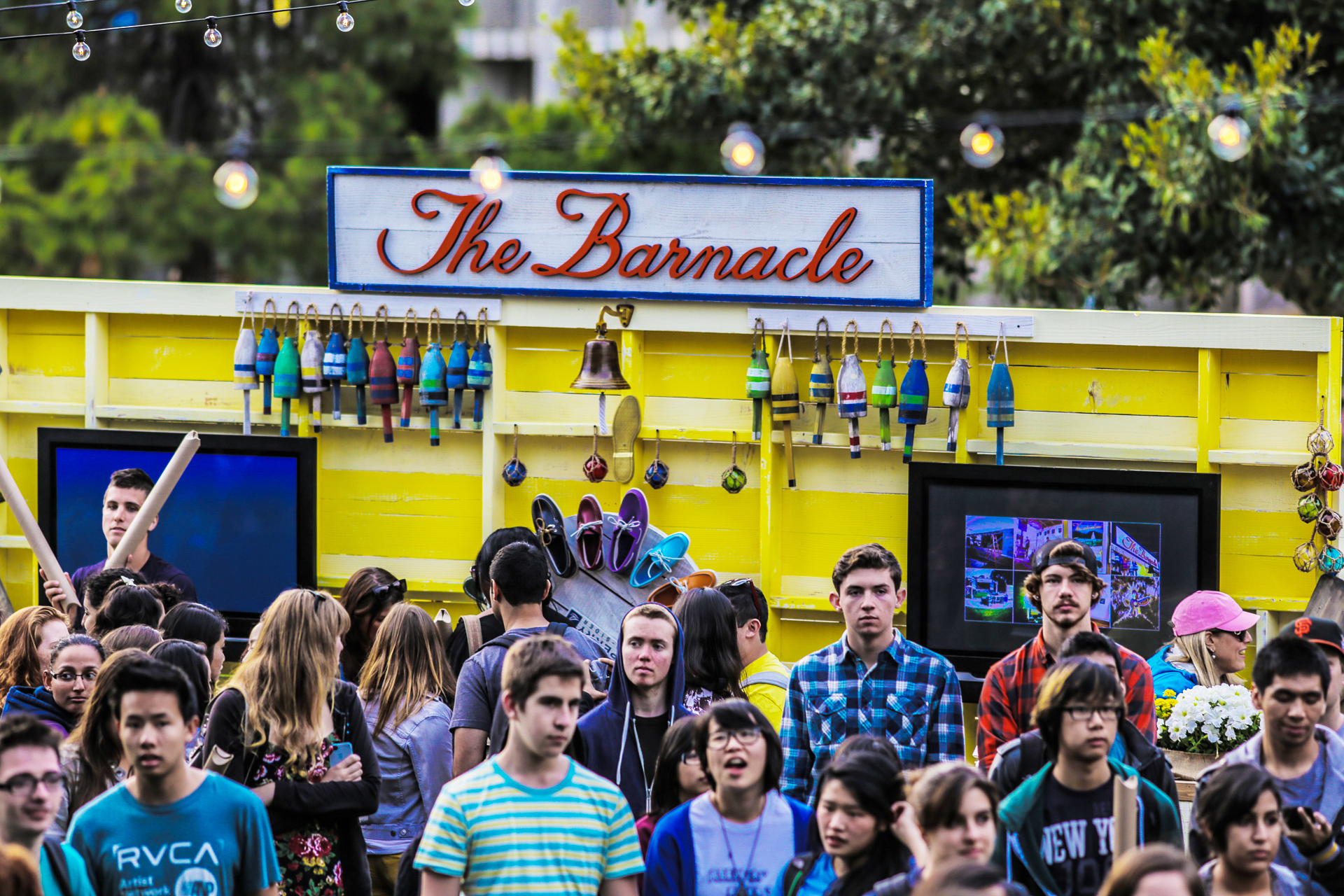 The 60-foot by 60-foot activation was roped off with piling and rope for a nautical atmosphere. At The Barnacle social and prize hub, students took turns spinning a prize wheel made of 18 classic Sperry styles in various colors, to win prizes such as t-shirts, hats and beach towels. Everyone received a tour poster, similar to one from a music tour. They could also play Ping-Pong, beach ball tosses, croquet and more, or just relax in Adirondack chairs until the evening’s performance by two to four bands. The performance roster included Vacationer, Capital Cities, Pacific Air, Gold Fields and others.

Vacationland was part of a strategy to forge an emotional connection with the younger, laid-back, West Coast college crowd. “The realization that we weren’t there to sell them anything other than energy and excitement was something special,” David Mesicek, senior marketing manager-trend, at Sperry Top-Sider, told Buzz.