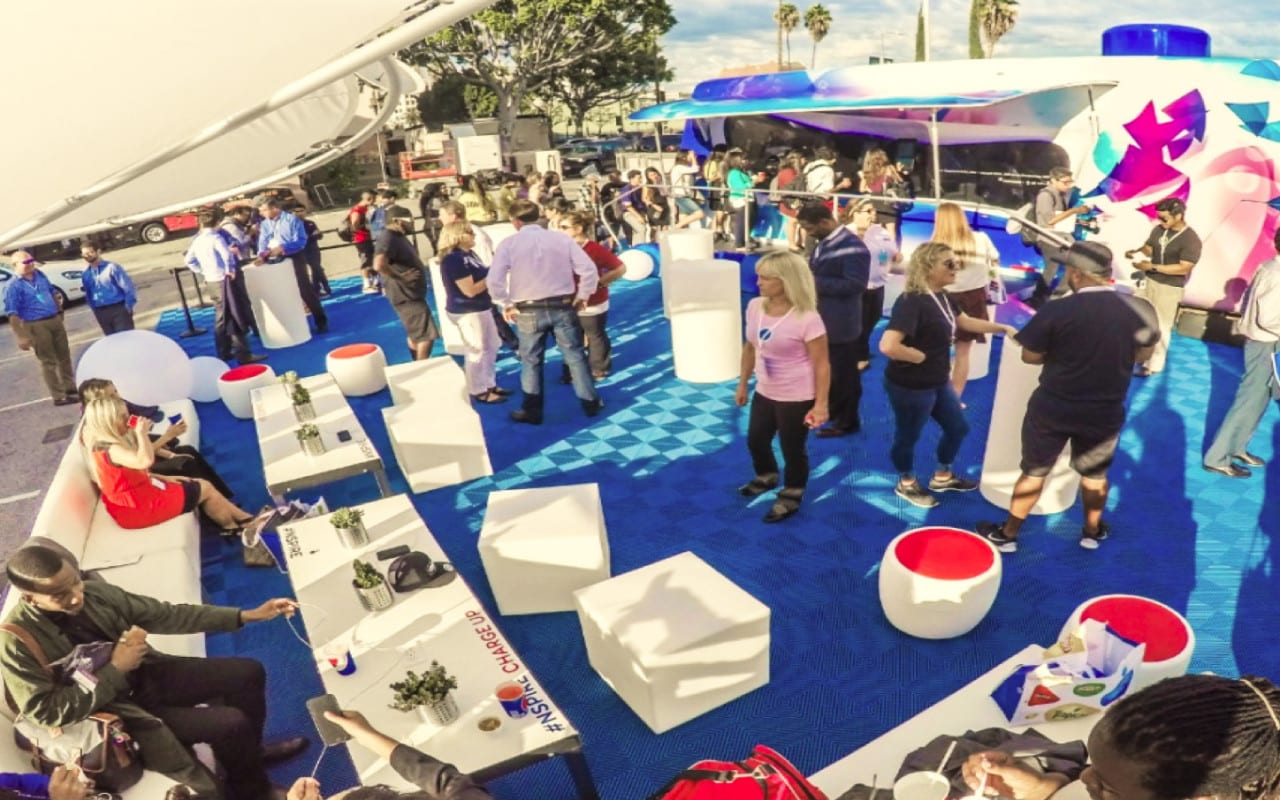 PepsiCo next month is headed to Super Bowl 50’s Game Day Fan Plaza with NSPIRE, a restaurant-quality kitchen on wheels that will hand out samples of Tostitos Top ‘N Go tortilla chips and Korean beef barbecue, one of the dishes made by the company’s chefs and inspired by its food and beverage portfolio. The company’s new touchscreen fountain dispenser, Spire, which just launched in the U.S, and allows consumers to mix Pepsi, Mountain Dew, Sierra Mist, Brisk Ice Tea and SoBe Lifewater with zero-calorie flavor shots to create their own beverage concoctions, also will be along for the ride.

The PepsiCo NSPIRE traveling kitchen is the brand’s first corporate-owned food vehicle, as opposed to the rented trucks it has until now deployed for one-off sampling activations, and exemplifies the increasingly important role played by food service in the company’s strategy. 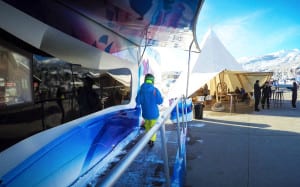 “This is truly an evergreen program and an asset that we own, so the agency is not running this, we are not renting it from anyone; we’ve truly made a commitment to this,” says Mike Foley, associate director, brand integration for food service marketing at PepsiCo.

NSPIRE launched in 2015 and traveled to six events, including the Untapped Music Festival in Dallas and Breckenridge Resort, and will make its way this year to additional food and beverage festivals, music and sports events and experiential art forums, including South By Southwest, serving up dishes such as turkey chili made with PepsiCo’s Sabra Spicy Hummus brand and Mountain Dew Zesty Chicken Wings. The strategy also includes stops at PepsiCo customer and retail accounts as well as the National Restaurant Association and other industry events.

Designed by PepsiCo’s global design team in collaboration with industrial designer Karim Rashid, the 35-foot-long trailer is towed by a Freightliner truck and includes a stage with a hydraulic awning and a lounge area. But while its design and colors will remain consistent throughout the tour, food offerings and the experience outside of the vehicle are customized for each stop. At Breckenridge, for example, NSPIRE offered an egg white casserole made with PepsiCo’s Quaker oats, various oatmeal toppings, Quaker Flats and bars and Tropicana juices in a mountain chic theme that included a 30-foot teepee along with leather furniture and fire pits. During the evening at the Untapped festival the truck featured dramatic lighting and surround sound.