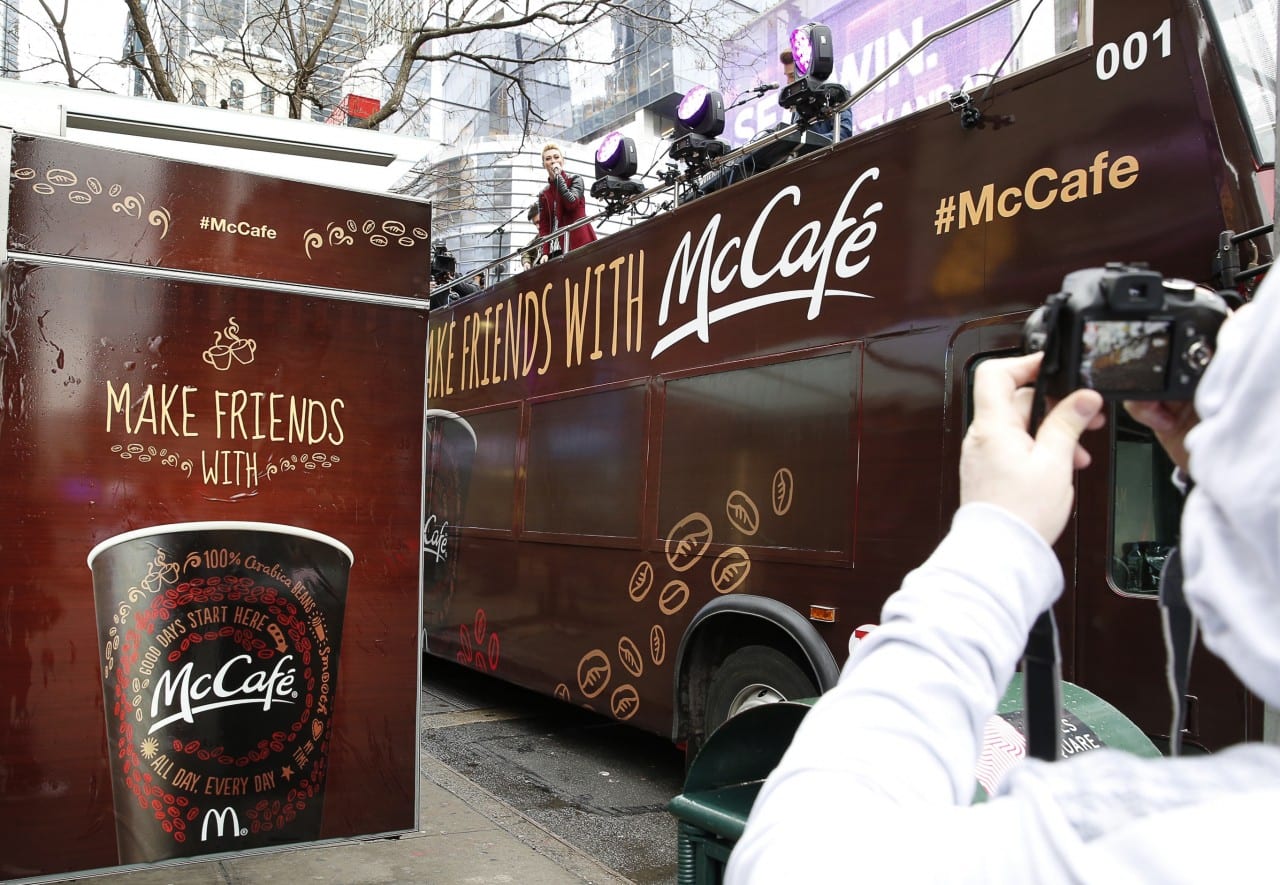 McDonald’s on March 31 kicked off a two-week national free McCafe coffee campaign with a live musical performance by pop duo Karmin. The two vocalists performed “Brokenhearted” and other hits atop a fully branded double-decker bus that pulled up to a Midtown Manhattan stop and caught the unsuspecting crowd by surprise. As the performance began, brand ambassadors poured out from the bottom of the bus and sampled free McCafe coffee to those who had gathered to watch.

The stunt was followed by sampling events at high-traffic locations and transportation hubs across the country. On April 4, Univision TV personality Alejandra Espinoza, who worked at McDonald’s earlier in her career, served free coffee at the drive-thru and shared memorable moments with customers and fans at a Miami McDonald’s. E! Entertainment host Ross Matthews and TV personality Wendy Williams on April 7 greeted drive-thru customers at a Burbank, CA, McDonald’s.

McDonald’s tweeted with customers in real time and uploaded photos and videos to its YouTube, Vine, Snapchat and Instagram channels. In addition, beginning in mid-April, McDonald’s will surprise a Twitter follower every day this year with McCafe coffee and other surprises. Fans can also follow the conversation on #McCafe and @McCafe.

“This was a way to provide our customers with some nice unexpected surprises and to familiarize them with the McCafe brand in a fun and quirky way,” says Jenina Nunez, U.S. communications manager at McDonald’s USA. Agencies: The Michael Alan Group, New York City (for the New York City event); GolinHarris, Chicago.