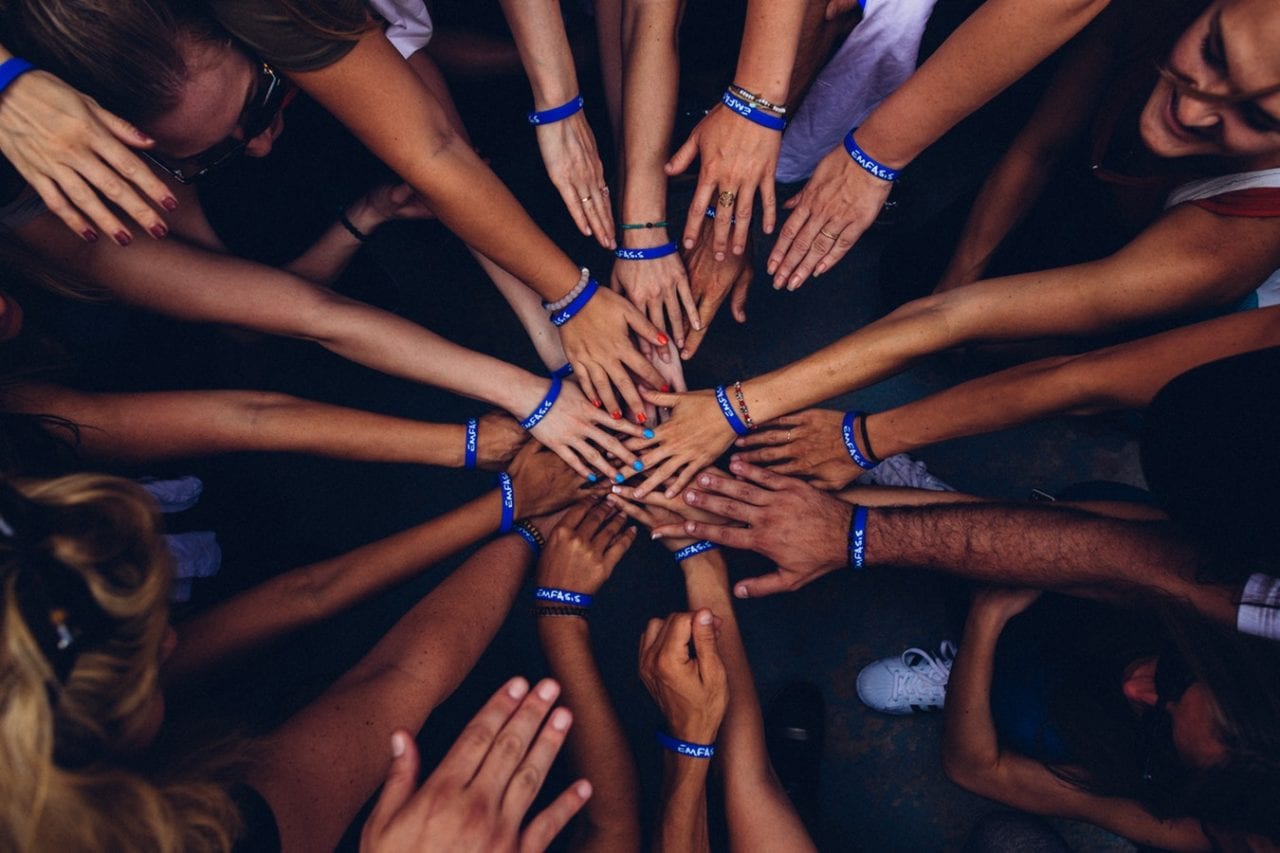 Since the economic downturn internal events of all stripes are still under fire. From the lavish incentive programs held at posh resorts to the company picnic shareholders and cfos are questioning every expense. Yet despite this shift smart corporations realize business isn’t all about the money. They know profits result from employees who work hard function as a team and understand the meaning of their toil. To that end many are switching up their experiences now hosting more philanthropic team-building events that benefit others and give their corporate persona a boost too.

Take Ingersoll Rand for example. In May 29 employees attending its Finance Integration Training event in Davidson NC participated in a “Helping Hands” activity on the training conference’s third day which focused on Ingersoll Rand’s place in the community. During the session teams of three employees each confronted a box placed on the table before them. They opened it studied its contents and brainstormed about what it could become. After reading the instructions they learned it held the components of a prosthetic hand which they built in an hour and 15 minutes. The 10 hands they assembled were distributed by the Rotary Club to people maimed by landmines scarred by war or born with defects who cannot afford expensive artificial limbs in Cambodia Rwanda and other impoverished countries.

The program was developed by Odyssey Teams a training company that uses team-building simulation to improve company processes and relationships and provides goodwill along the way.

“It was impactful on several levels ” says Jenna Mertz h.r. manager at Ingersoll Rand. “It feels good to do something for someone else and when participants discovered this program was developed by a man with no formal training in memory of his daughter who was killed in a car accident they also learned about thinking outside of the box and creativity.”

In a separate program McKesson Medical Surgical had 1 200 national sales reps at a conference in Las Vegas fill 6 000 caregiver kits in 45 minutes with life-sustaining supplies such as antibacterial soap latex gloves petroleum jelly and other items that were shipped to volunteer caregivers assisting those suffering from HIV and AIDS around the globe. The last item to go into the kit is a note of encouragement from the team to the caregiver which adds a personal and touching element to the experience.

World Vision Team Building handles the program and McKesson the largest medical company in the U.S. supplies many of the products that go into the kits which have been assembled by employees of Microsoft Best Western Goldman Sachs and even attendees at the Republican and Democratic National Conventions.

“Sales meetings are always the same ” says Toby Capps account manager at McKesson. “People expect to be pampered and catered to.”
But not this time. “Attendees said it was the best thing McKesson had ever done ” he says. “It totally changed the morale and atmosphere of the week. People had tears streaming down their faces; they were so impacted by what they were doing. It makes them realize how blessed they are and as members of a corporation that they really don’t have that much to complain about.”   em