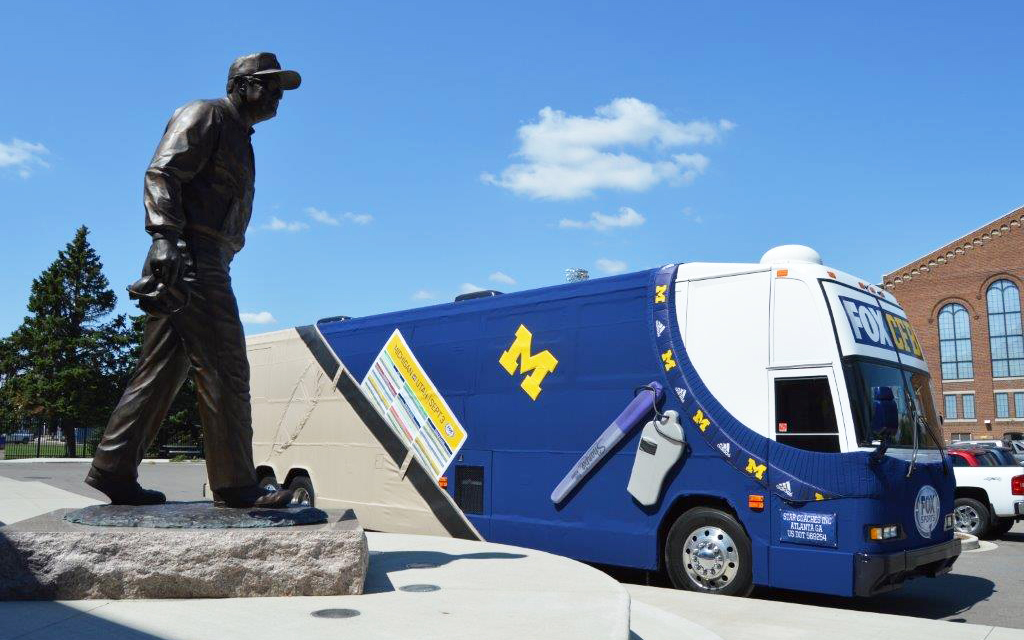 FOX Sports 1 on Aug. 22 kicked off the college football season with a nine-city tour that celebrates first-year Michigan Head Coach Jim Harbaugh —and his signature sweatshirt and khaki pants—with a mobile vehicle wrapped entirely in khaki fabric. The Opening Drive tour promoted the channel’s first broadcast of the football season on Sept. 3, when the Michigan Wolverines took on the Utah Utes.

The “Harbus” was wrapped in 1,300 square feet of real khaki fabric (enough material for 52 pairs of pants) and is even equipped with a 540-inch belt. The element that held it all together? Six gallons of adhesive—just enough to fill a sideline cooler.

FOX Sports 1 offered other engagements to ramp up for the first telecast of the college football season. Consumers could take home branded swag, like mini footballs and koozies, among other giveaways. Supporters could also engage with the “Harbros”—five Michigan students who served as Harbaugh lookalikes on the tour, complete with khaki pants, blue sweatshirts and even the coach’s signature Sharpie. Fans were encouraged to take photos with the crew and share the experience on Twitter using #FS1OpeningDrive. 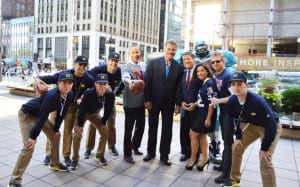 Rounding out the engagements was Cleatus, the (fake) FOX Sports robot, who danced and interacted with fans all along the tour.

The tactic scored with fans all over the country. FOX Sports 1’s broadcast of the Michigan vs. Utah game earned the brand its highest-rated and most-watched college football game since its launch in 2013, with 2.8 million viewers tuning in. Agency: Bespoke Sports & Entertainment, Charlotte, NC.