Ford Takes the Media Off-roading to Launch the New Bronco 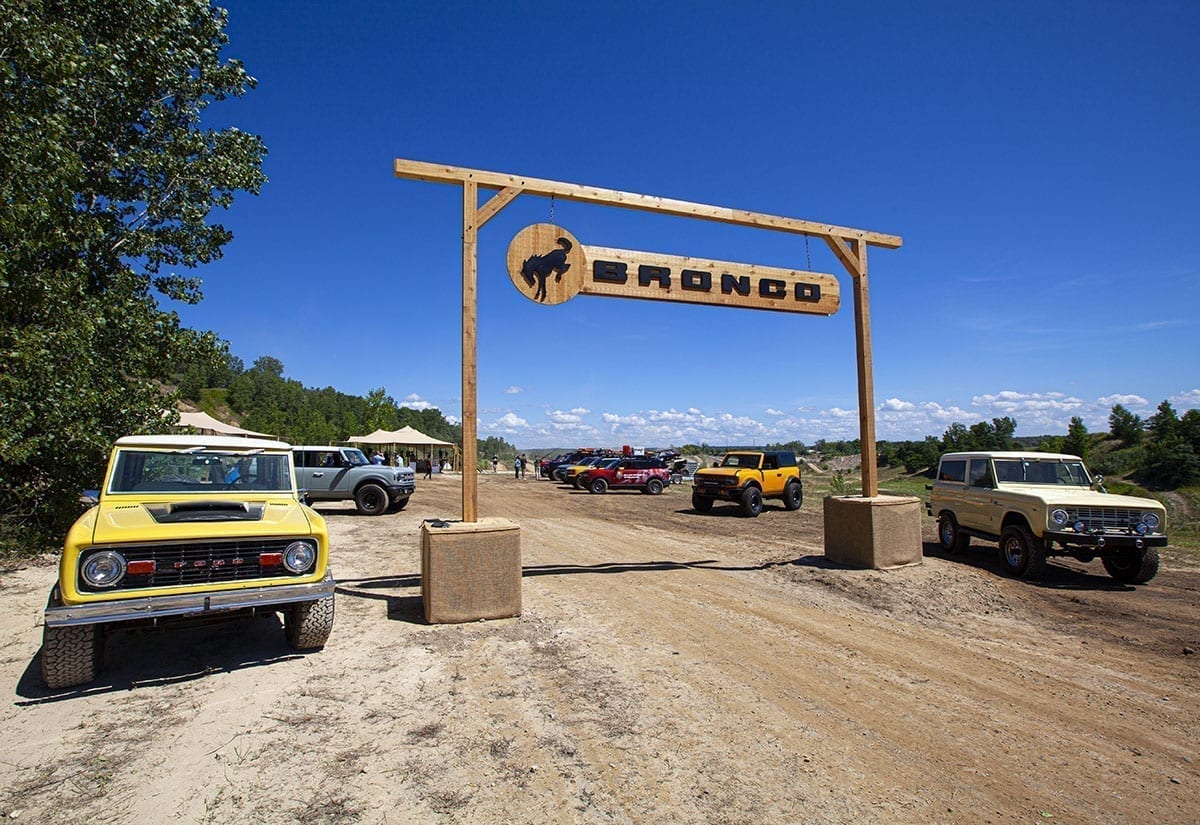 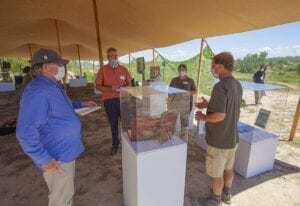 Part of Ford’s storytelling strategy involved an archive tent where attendees could view relics from the Bronco’s history.

Automotive launches often feel homogenous, but following the Bronco’s 24-year hiatus, Ford knew a standard press reveal for the vehicle wouldn’t do. So on Aug. 11, the Bronco’s 55th birthday, the automaker delivered a series of small, COVID-friendly ride-and-drive experiences at the Holly Oaks off-road vehicle park in Michigan. In groups of no more than 12, members of the media experienced a keynote address, off-road rides in new and heritage vehicles and journeys through two tents showcasing Bronco memorabilia and merchandise. The objective: To highlight the capabilities of the all-new two-door, four-door and Sport models, and to introduce Bronco as Ford’s outdoor lifestyle brand. In other words, buckle up.

Having halted production on the Bronco since 1996, Ford started formulating the vehicle’s comeback campaign in January of 2017. In November of 2019, the brand began to build buzz for the big reveal, debuting a racing prototype at the Baja 1000, a competition that the original Bronco had won 50 years earlier (fun fact: it’s still the only production four-by-four vehicle to win the race). And by August of this year, Ford was prepared to reveal its new family of vehicles to the press (Imagination handled).

The launch event kicked off with a keynote that focused on the Bronco’s revival and its deep roots in the American automotive space. The address was followed by the big reveal moment which showcased the three all-new vehicles in their “natural habitat” via a choreographed sequence in which they raced down a steep cliff face and back up the other side of the canyon to greet the audience.

Next, it was time to experience the vehicles first-hand. In pairs, attendees rotated through six stations that gave them a chance to ride in various Bronco models through rugged terrain. Vehicles included the new two-door, four-door and Sport, the Baja 1000-winning Bronco, the Bronco R and a classic 1971 model. (The race-edition vehicles were driven by professional racing driver Shelby Hall and off-roading expert Cameron “The Desert Assassin” Steele.) Each of the featured vehicles was outfitted to simulate different customer scenarios, including fishing, extreme off-roading, towing and a taste of a forthcoming Bronco “Off-Roadeo” experience.

“We wanted to keep everything engaging and at every 15-minute interval, we rotated so that everyone’s getting this very immersive experience that’s not just about the vehicle, but about storytelling,” says Jiyan Cadiz, North American icon communications and media relations manager at Ford.

Outside of the off-road experiences, the media could explore two safari-style tents. One served as an archive tent hosted by Ford’s archives and heritage brand manager Ted Ryan, and his team. The space featured never-before-seen concept designs and other relics from Bronco’s history. The second tent showcased a full-size foam model of the Bronco R, along with customized Bronco merchandise that will be available for purchase.

It’s worth noting that Ford had its social distancing ducks in a row throughout the event. Masks and temperature screenings were mandatory, social distancing was in place and vehicles were sanitized after every ride. “It should have been a very catered experience and come across very thoughtful with respect to our current state of affairs,” says Cadiz.

In the wake of the pandemic, Cadiz says the team had to ask itself things like “do we really need to spend that kind of money” and “ do we really need to design a program that way?” Having to reimagine its event campaigns has helped the brand align its priorities and step outside the norm.

“Everyone wants to do things a certain way because that’s the way we were comfortable doing them before,” Cadiz says. “But it’s nice to have this moment to really rethink our priorities and decide what can we live without. If you don’t take advantage of that, it would be a miss.” 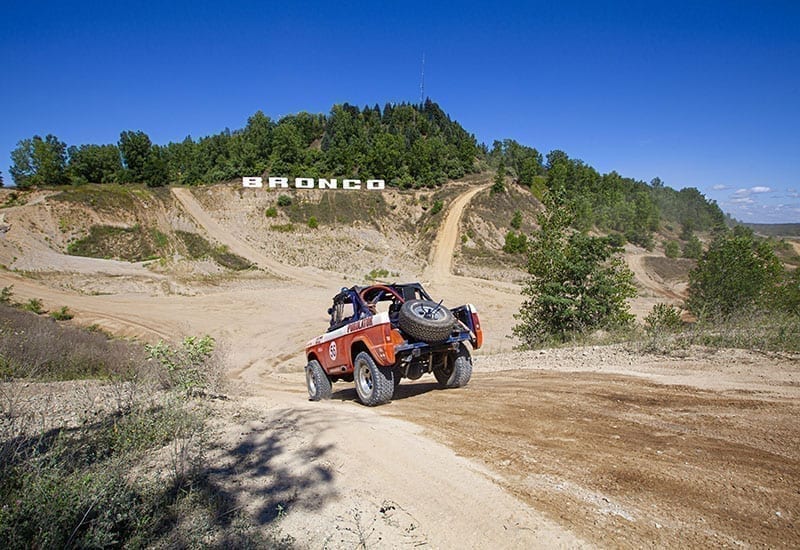 Attendees rotated through six stations that gave them a chance to ride in various Bronco models across rugged terrain.