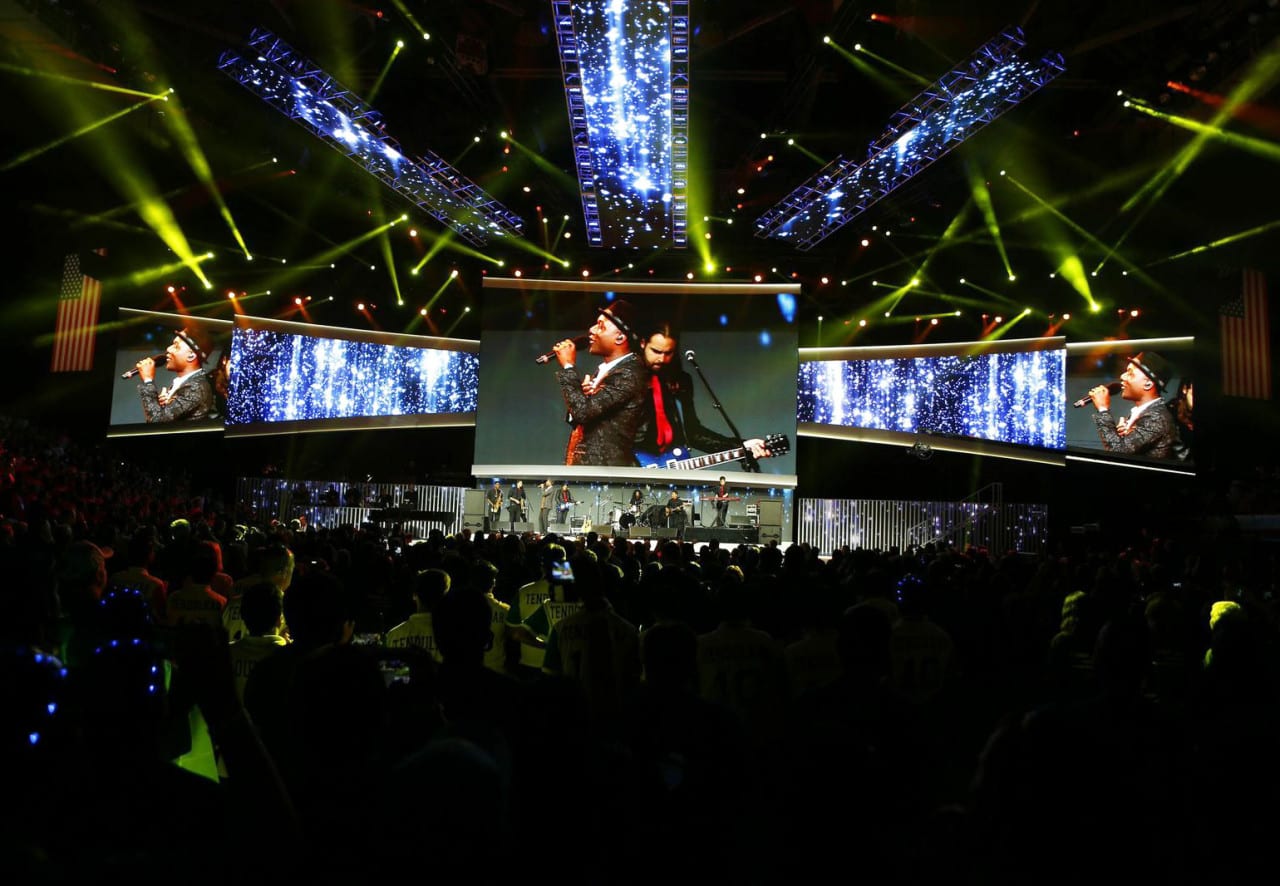 Award show broadcasts are a typical recipe of winners (their rise from the seat, walk to the podium and acceptance speech), tributes and performances sprinkled in between. Not so during the 2015 Grammy Awards telecast Sunday, Feb. 8, which featured only nine live award presentations and an astonishing 23 musical performances. For that reason, music’s biggest night served as some must-see TV for event industry folks looking for inspiration as they develop creative for the next conference or event stage production.

We settled in for a night of style, lights, sounds and effects (and Kanye West), to develop our list of top stage production elements worth stealing from the show. Here they are:

Let’s start with Pop/R&B artist Ariana Grande’s icy crystalized rods that rose in clusters around her. While she performed the ballad “Just a Little Bit of Your Heart,” the colored rods responded to different moments in the song, changing in hue from blue to magenta and green as she hit the high notes. Smoke drifted through, while footage cut from the singer to her pianist, seated at a see-through baby grand piano and an orchestra section seated on see-through chairs. For a “cold” stationary performance, it felt like it had a pulse.

Stunning effects don’t always require high-tech production elements. Take a look at the jaw-dropping entrance of Madonna’s herd of shirtless “bull” dancers that came galloping up the main stage stairs and swirled around her in the matador-themed performance of “Living For Love.” Talk about a stampede.

Kanye West’s solo performance of his rap-ballad “Only One” was absent of fancy stage production elements, but it packed an emotional punch. On a circular platform off the main stage, with the entire venue darkened, West performed around a small smoke pit that expelled a blinding spotlight onto him. Later, Katy Perry performed against a massive white screen in a white gown for her ballad “By The Grace of God.” Her shadow behind followed her movements—until, it dramatically moved on its own and split into two figures.

During Target’s sponsored live performance by Imagine Dragons (off-site), we noticed how 3D projection was used to bring the floor surface to life and support cool overhead shots. Perry’s halftime performance at Super Bowl XLIX used the same approach with projection on the field surface as she moved through her songs, offering wild perspectives for on-site fans as well as viewers at home.

When considering talent for your next stage production, consider the impact of an artist mash-up. The Grammys were all about duets this year, bridging the gap between generations of music lovers. A few of our favorites: Ed Sheeran and ELO; Hozier and Annie Lenox, Lady Gaga and Tony Bennett, and Sam Smith and Mary J. Blige.