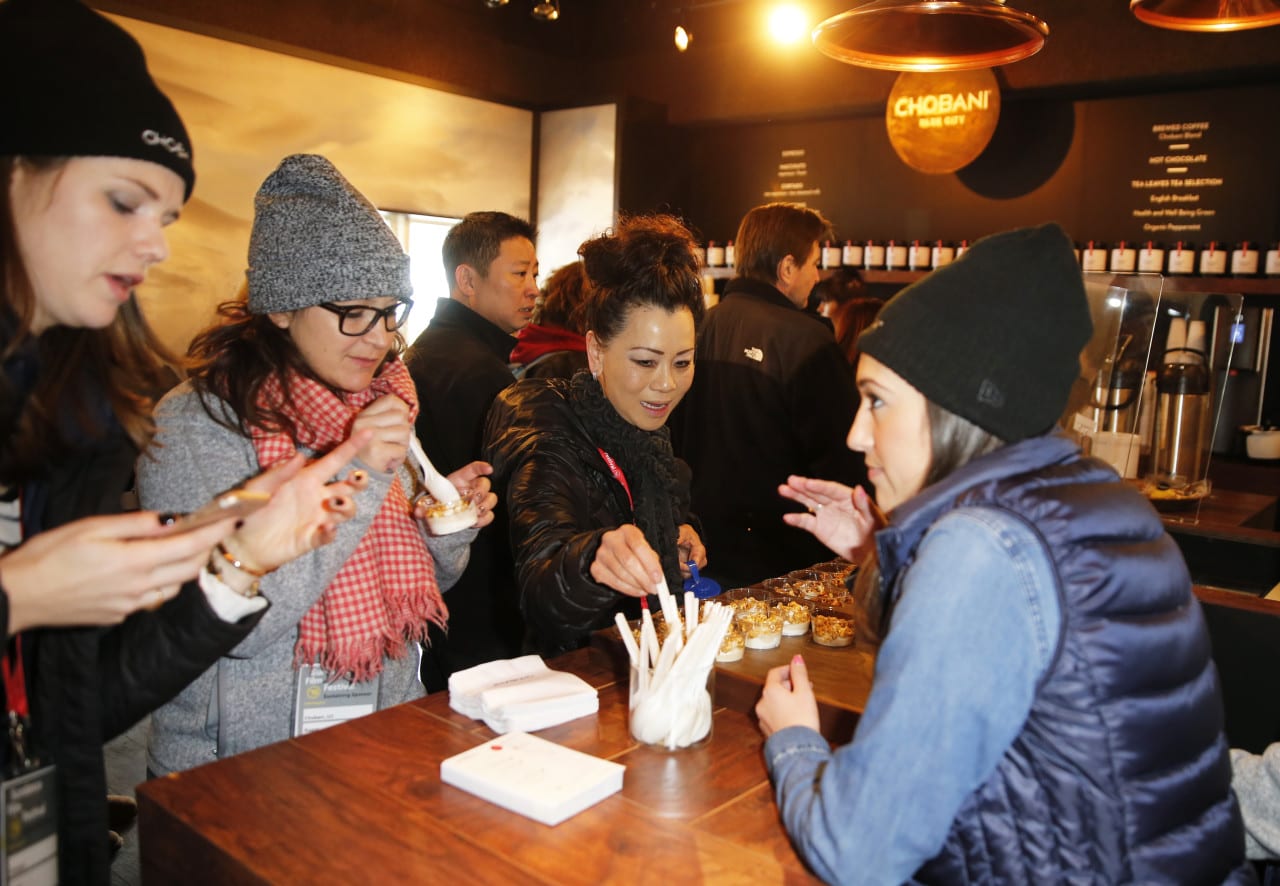 Yogurt cups, innovative yogurt creations and a digital campaign rounded out Chobani’s Sundance experiences, designed to drive trial and awareness of its products among the festival’s hip audience of film lovers and influencers. At the heart of the brand’s efforts at the festival, which took place in Park City, Utah, Jan. 22 to Feb. 1, was the Chobani Park City Café.

Modeled off the Chobani café in New York City’s trendy SoHo area, the festival sampling space dished out eight to 10 complimentary yogurt-inspired sweet and savory creations daily, such as yogurt-iced madeleine cookies, cinnamon-sugar donuts and coffee cake, artichoke kale dip, butternut squash soup and more, all made with Chobani by executive chef Tim Reardon. Attendees also could sip on Chobani Blend coffee, tea and espresso drinks, juice up their phones at a charging station and pick up one of the 3,000 pairs of Chobani Park City-branded tech gloves distributed throughout the festival.

The brand also distributed 4,000 bags of popcorn dusted with dehydrated yogurt powder infused with Mediterranean herbs at the café, in theater green rooms and to people waiting in line to attend movie showings. Attendees also could grab a yogurt cup from branded refrigerators at the Festival Coop and Festival Headquarters. In a fun twist on breakfast in bed, Chobani sent bags of yogurt along with the madeleines and fresh granola to the hotel rooms of key media.

“Sundance is an independent film festival, and we are an independent yogurt company,” says Peter McGuinness, chief marketing and brand officer at Chobani. “Sundance plays the movies that they like, that they feel are right and interesting, and we do things the right way based on how we think yogurt should be made, not based on what a board or shareholders think. There is a little connective tissue there.” Agencies: In-house; Weber Shandwick, Chicago.

See also:
• Chobani Turns to Events to Stir Up The Yogurt Wars