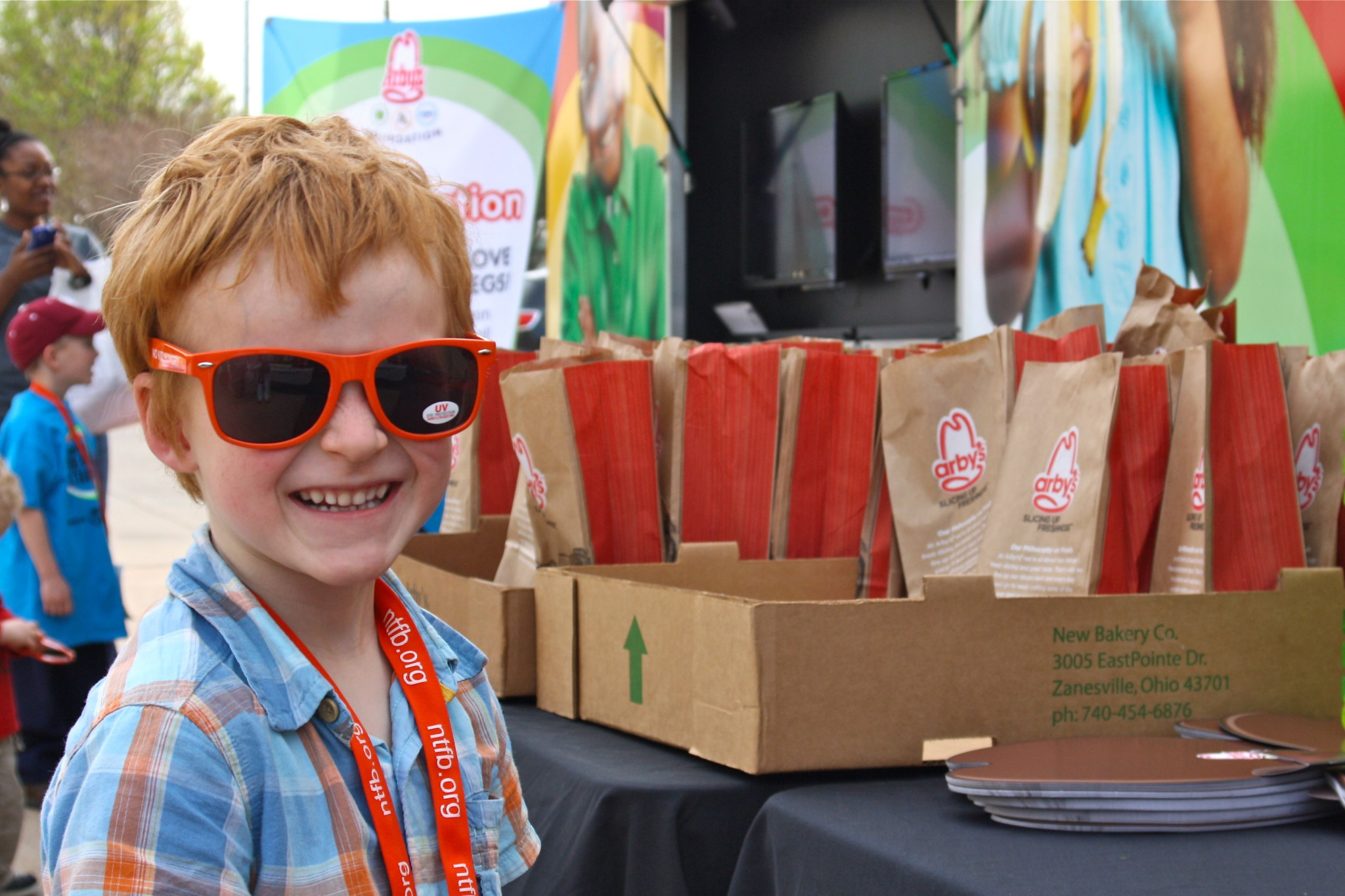 The Arby’s Foundation has beefed up its Hungry for Happiness mobile tour, which is designed to increase enrollment in summer meal programs for needy children and raise awareness of childhood hunger. Now in its second year, the tour has doubled the number of cities it will visit and has added a social component. And, while last year’s effort was funded solely by the Foundation, this year the entire Arby’s organization, including franchisees, is supporting the campaign.

The tour is housed in a bright red 18-wheeler that offloads activities for kids in a carnival environment where they can participate in hula hooping, tug of war, beanbag tosses and other games. They also receive a kids’ meal consisting of a roast beef sandwich, apple slices and milk. The tour, which launched in April, will travel to 30 cities through the end of August, spending two days in each market. Arby’s franchisees are heavily involved in support and fundraising efforts for the tour.

A social component gives people who spot the truck the chance to win a weekly Arby’s Foundation Prize Pack of VIP sandwich cards and t-shirts by snapping a photo and tweeting its location to #Hungryforhappiness. They can also take a pledge to support Arby’s mission to end childhood hunger in America and donate to the cause at arbysfoundation.org, which also lists tour dates and other helpful information.

“The Hungry for Happiness mobile tour is an opportunity to increase awareness of Arby’s and our brand morality, while also activating the Arby’s Foundation’s mission to end childhood hunger,” Kate Atwood, executive director of the Arby’s Foundation, told Buzz. “It allows us to leverage and broaden our impact as a brand by visiting multiple communities, collaborating with grassroots hunger-fighting organizations and engaging our consumers in an appealing campaign.” Agency: Manifesto, Milwaukee.