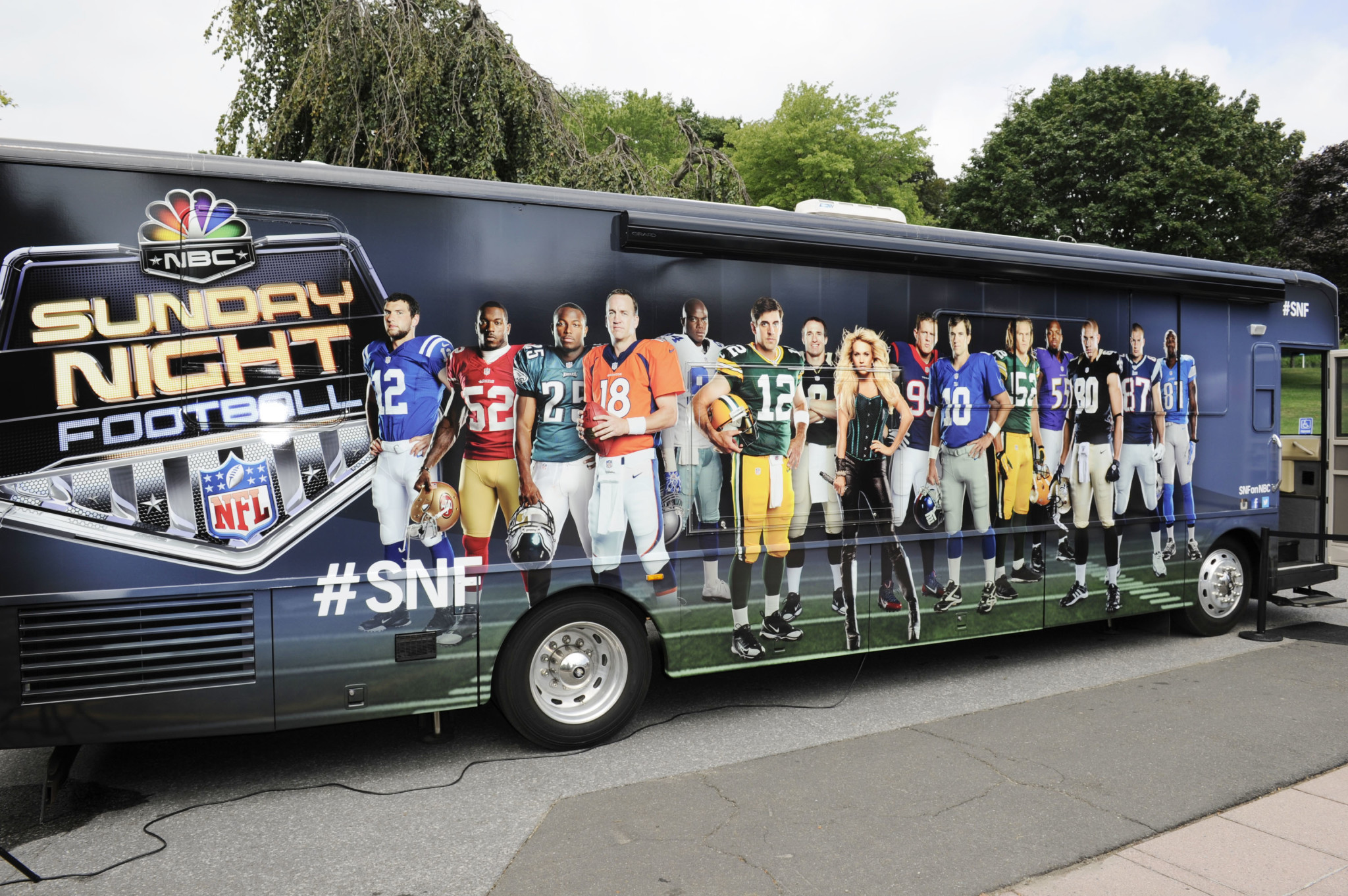 The network that brings America one of its favorite Sunday night traditions is giving fans the chance to experience the game like never before. For each Sunday of the NFL season, NBC’s 38-foot Sunday Night Football coach is visiting games all over the country and inviting fans to come on board for a live game day experience. For four lucky fans in each city, however, it’s the game of the season—NBC spends the week prior to each game researching local influencers and big-time fans, and brings the four most active social promoters on board to tailgate and watch the action in style.

On game day, the brand parks the bus near the stadium in the chosen city and opens the doors to fans. Inside, guests can check out a football signed by players from the previous weeks’ teams, dig through stats, watch commentary and pick through play-by-play during the game on Microsoft surface tablets throughout the bus. On a large flat screen, fans get a view of the game that almost no one ever gets—the director’s view straight from the NBC control booth.

The bus gets rebranded for the home team each week, and the network encourages the home team’s super fans and local influencers to help build buzz in the hope of grabbing one of those four special spots. The experience inside is kept pretty intimate, with only eight to 10 people allowed inside at any one time. The experience isn’t all about the big game, however. On Fridays the bus visits a local high school game to give the fans a taste of the pros. Then, on Saturday afternoon, NBC brings the experience to Pop Warner and other youth football leagues. All told, the bus will visit 18 markets.