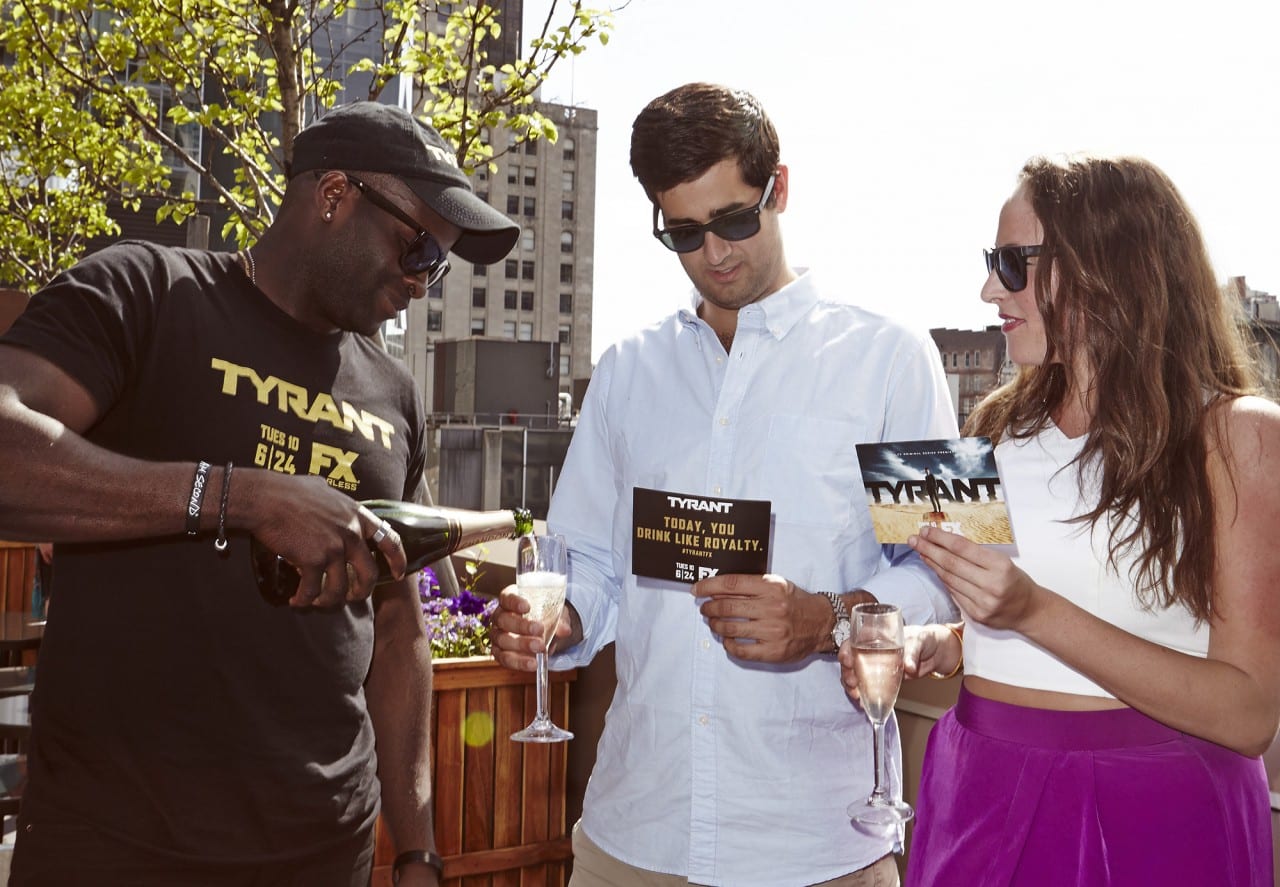 To promote the premiere of its new drama series “Tyrant,” FX from June 18 to June 24 transformed everyday experiences into lavish indulgences for unsuspecting consumers across New York City. The series, which airs Tuesdays at 10 p.m. Eastern, tells the story of an American family drawn into the inner workings of a turbulent fictional Middle Eastern nation and the extravagances of the father character’s former life there.

For the weeklong campaign, a team of FX representatives—“upgraders,” as they were called—were assigned parts of the city to find consumers about to engage in an everyday experience. Some sought out people taking a brown bag lunch into Central Park and “elevated” their plans by treating them to a fine-dining experience at a table set with linens and silverware. Some gave commuters the opportunity to skip the bus line in favor of a ride to work in a private SUV. Others treated random guests in hotels with turndown service and gourmet chocolates, and surprised couples on date night to complementary glasses of champagne. With each engagement, the upgraders passed out branded t-shirts and tune-in information.

“When we looked at ways to promote the series, we knew we wanted to explore this concept of a wish fulfillment, and in considering some ideas, we wondered how we could elevate someone’s life in a substantial way but still have the resources available to reach a large enough audience to drive tune-in for the premiere,” says Kenya Hardaway, vp-integrated promotions at FX. “So we offered this little utility that’s a notch above what is expected at that particular time, something memorable.” Agency: Civic Entertainment Group, New York City.