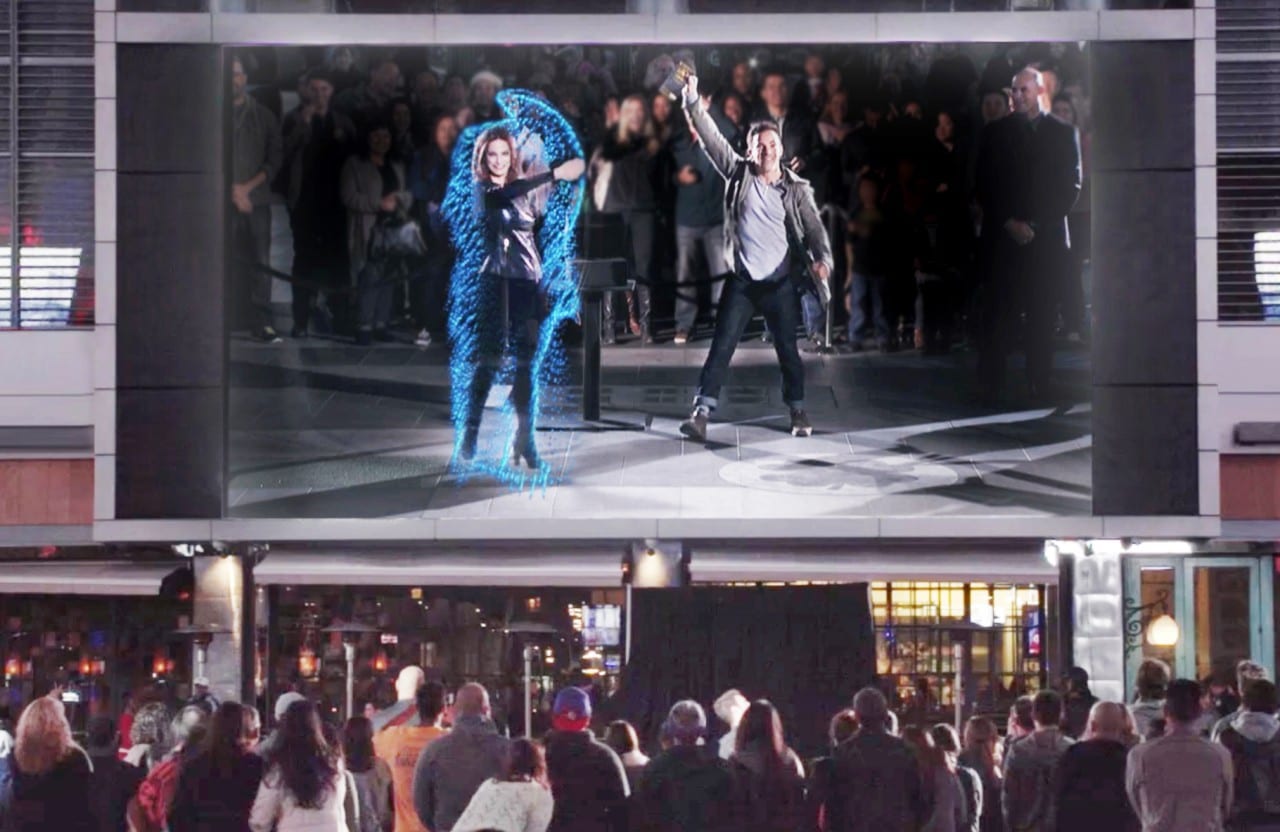 As part of a campaign to raise awareness for its new million-dollar-prize Black Exclusive Scratchers tickets, California Lottery on Feb. 9 activated an event that involved Lady Luck, augmented reality and lots of consumers passing through L.A. Live, a sports and entertainment hub in downtown Los Angeles. The experience generated buzz, created content for the lottery and sold $18 million in tickets.

The instant-win Black Exclusive Scratchers tickets, which sell for $10 and offer prizes up to $1 million, launched in February and have been selling at a rate of $7.5 million per week, according to Richard Mahan, deputy director, sales and marketing at California Lottery.

A branded California Lottery booth in L.A. Live plaza served as a focal point where passersby could spin a prize wheel, purchase lottery tickets and engage in other activities, but the highlight of the evening occurred when Lady Luck, a character in the lottery’s Luck Will Find You marketing campaign, appeared ready to dance on a large LED screen. Via real-time augmented reality, Lady Luck interacted with individual bystanders in the plaza below.

Here’s how it worked: The LED screen showed the local surroundings along with Lady Luck, a real person whose image was projected from a nearby studio. Special effects gave participants and viewers the impression that Lady Luck was right there, dancing with them. At the end of each segment, a moving four-leaf clover appeared on-screen for participants to catch with their hands. Once they did, a mysterious black box opened to revealing a Black Exclusive Scratcher ticket for them.

“This was an opportunity to have a more grassroots approach to marketing our product and really have a direct connection with consumers who know our product and potentially some who don’t,” Mahan told Buzz. “When you have a flow of people in a public place you have to interrupt their activity to capture their attention, and this is something we knew would do it.”

The augmented reality experience resulted in content that the lottery has pushed out digitally and on social media. The content lives on its website and Facebook page, and as part of a digital ad campaign that ran through March 9. Its YouTube video, which launched on Feb. 18, has captured half a million views to date. Agency: David & Goliath, Los Angeles.