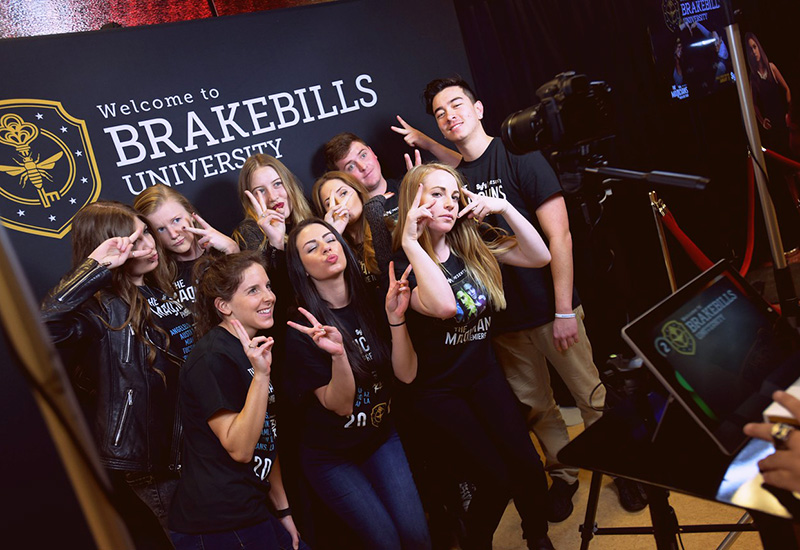 Syfy Reaches Millennials On Campus and Via Social Media

To connect with younger audiences and create buzz for its sexy new show, “The Magicians,” Syfy in January launched a five-campus tour that included social media influencers with millions of followers, a local marketing blitz and shareable on-site photo booth activations. All that, plus students got the chance to watch an advanced screening of the first episode of the series, which has been described as “The Vampire Diaries” meets “Harry Potter,” and hear pop singer/songwriter Bebe Rexha perform “No Broken Hearts,” a new single she released with Nicki Minaj in a trailer to promote the show.

“Our goal with the tour was to generate buzz among some of the most influential millennials—college students,” says Sara Moscowitz, svp-marketing at Syfy. “The effort was overwhelmingly successful. ‘The Magicians’ is delivering some of the youngest audiences we have seen in years, an age segment who is very selective about what they watch on linear tv.”

Influential social media personalities in each market, such as Brittani Taylor (@brittanitaylor) in Los Angeles or Andre (@blacknerd) in Austin, promoted the tour in original YouTube videos and Instagram posts, then hosted the events and took Snapchats of the audience. A local marketing blitz included campus media, newspapers, radio and on-campus groups. On-site photo sharing, including a red carpet photo booth where students could pose with cut-outs of the cast members and a GIF booth, also extended the tour’s reach. A huge share wall inside each theater aggregated and displayed all the shared content. Students also could make custom t-shirts and munch on branded popcorn and soft drinks before the show. 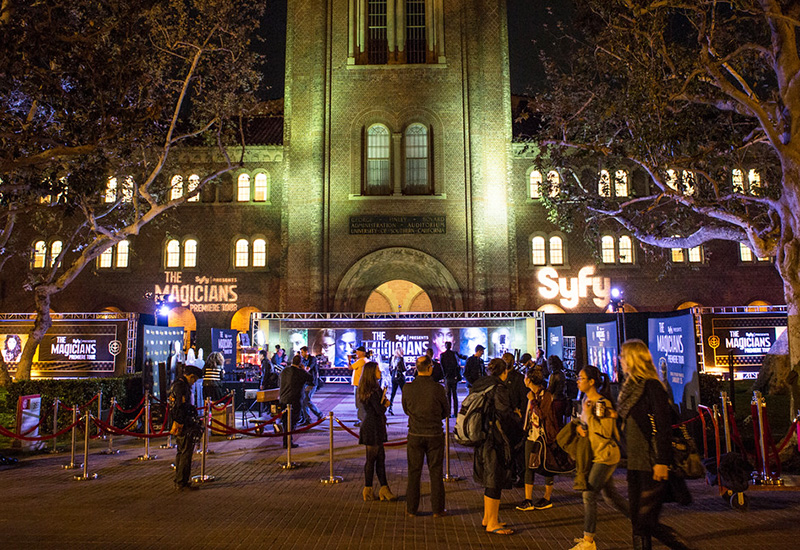 Syfy’s five-campus tour offered on-site photo sharing, including a red carpet photo booth where students could pose with cut-outs of cast members from “The Magicians,” and a GIF booth.