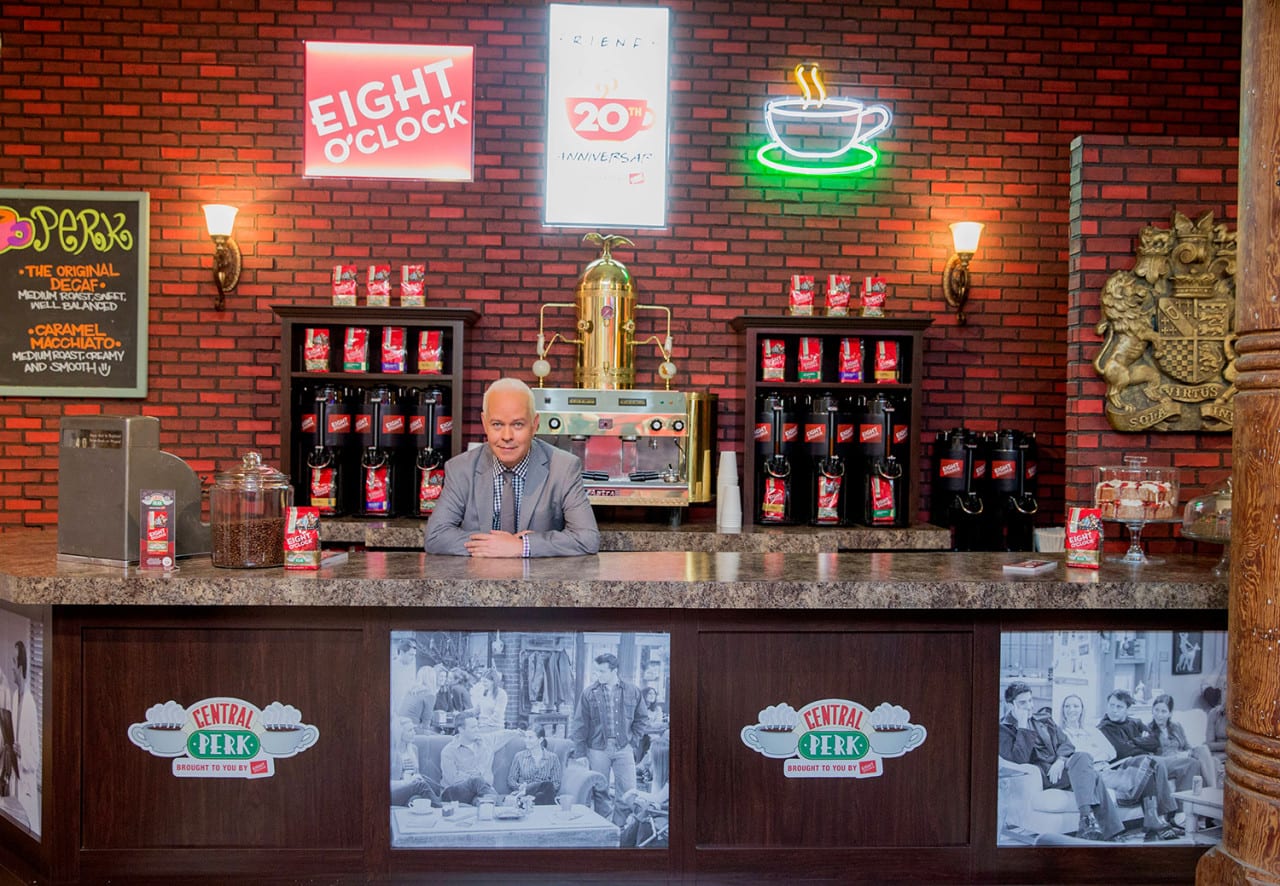 Eight O’Clock Coffee and Warner Bros. Television Group from Sept. 17 to Oct. 18 recreated the fictional coffee shop Central Perk from the hit series “Friends,” a pop-up in the SoHo neighborhood of Manhattan in celebration of the show’s 20th anniversary. Consumers could stop in, pick up a free cup of coffee and be immersed in sitcom gold. Check out more photos and comments from Eight O’Clock Coffee here. 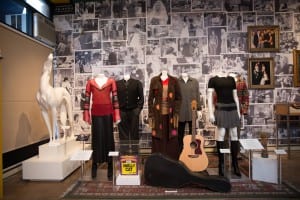 In addition to having a working coffee bar, the pop-up features 20 different signature props from the show, from episodic treasures like Rachel’s sonogram photo, to wardrobe outfits to scripts. The crown jewel, however, is the orange couch, chair and coffee table from the show set, which are part of a QR-code driven photo activation with a professional photographer.

The “Friends” fan base is obviously massive. After two decades on TV, the show has touched several generations—and, no doubt, fans want a piece. At a glass counter they can purchase “Friends” and Central Perk-branded coffee mugs, t-shirts, totes, aprons, hats, DVDs and charm bracelets. All of the Eight O’Clock Coffee pack varieties are available for purchase, including the limited edition “Central Perk Roast” blend.

What would a coffee shop be without a little music? And in turn, what would Central Perk be without a little Phoebe? In addition to an appearance by actor James Michael Tyler, who played barista Gunther, on National Coffee Day (Sept. 29), on Friday afternoons and evenings guests artists are singing coffee shop favorites. One such guest artist: Grammy Award-winning singer Colbie Caillat who popped in unannounced on Oct. 4 to promote her new album and channeled Phoebe’s legendary performance of “Smelly Cat.” What… are… they feeding you? Agency: Source Marketing, Norwalk, CT.