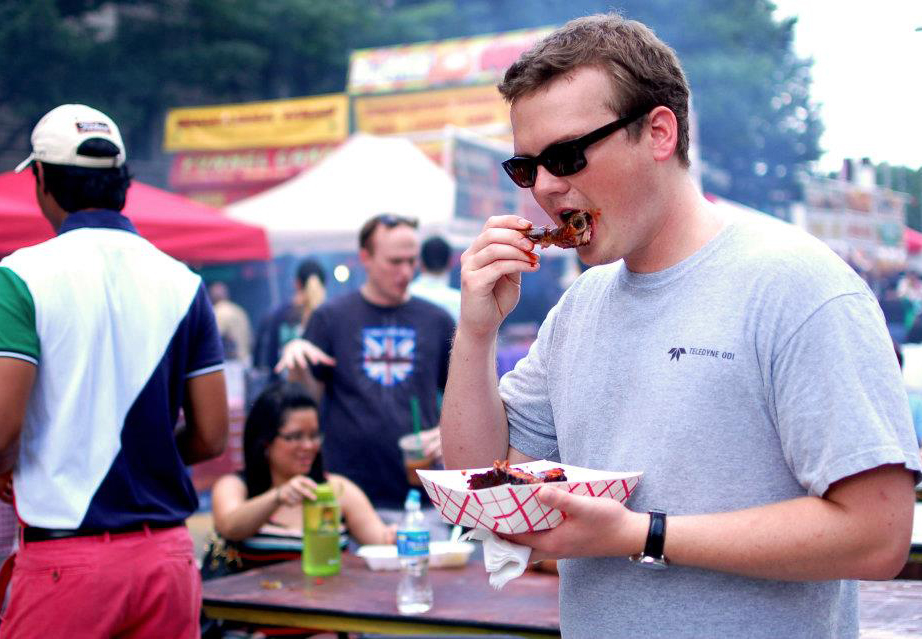 Washington D.C. played host to its annual DC BBQ Battle on June 21 and 22 and Pennsylvania Avenue has never smelled so sweet. Several brands took part, including Enterprise CarShare, Chevrolet’s local dealers, the NBA Nation Tour and GEICO insurance. Over the course of the two-day event, more than 80,000 consumers stopped by to gorge themselves on brisket, ribs and chili, and EM is here to bring you a little taste. (Of the activations, not the food. The barbeque is all for us.)

GEICO rolled out a digital pinball experience as the centerpiece of a simple, but effective footprint. After a quick photo activation, consumers rolled a pair of virtual dice for a shot at a free prize. Brand ambassadors walked consumers through the activation and kept the traffic flowing almost as freely as the barbeque sauce. Finally, each guest was invited to get a free rate quote from a trained representative. “As a company based right outside Washington D.C., we always like to find events to support our home communities,” says Vince Giampetro, senior marketing manager at GEICO. “The BBQ Battle is one of the best events around and gives us a great opportunity to talk to current policyholders and those who will be shopping for a new quote in the future.”

Enterprise wanted to acquire new members for its CarShare service and raise its profile among D.C. residents, so it went for the most irresistible kind of activation for families: kid-targeted activities. The brand had a balloon artist, a caricaturist and dj to cast a family friendly atmosphere over the event and help moms and dads occupy the kiddos while they desperately tried to digest the 38 pounds of pork they’d just eaten. Brand ambassadors handed out branded sunglasses and treats, and helped to educate consumers about the brand’s car sharing service. “Enterprise is all about community so aligning with local events is essential to our brand identity,” says Michelle Bosch, general manager for Enterprise’s D.C. region. “We aim to show the people of D.C. that we can support them in ways other than just the standard rental we’re best known for.”

The local Chevy dealers were out in full force showcasing their all-new 2014 Silverado, Cruze and Equinox. Consumers took guided vehicle walk-arounds with brand ambassadors and explored the features of the new models. The activation brought Chevrolet’s national Find New Roads campaign to a local level by posing the question, “Where Does Your Road Take You?” Consumers marked their favorite Washington D.C.-area road trip destinations on an oversized map and brand ambassadors captured attendee data for sharing with local dealers.

The NBA launched its NBA Nation tour at the BBQ Battle. The tour, which is set to stop in eight cities this summer, is an interactive mobile footprint, designed to immerse fans in a 20,000-square-foot NBA experience. At the Battle, the “Center Court” area featured appearances by Wizards star Bradley Beal, coach and former All-Star Sam Cassell and the Wizards dance team. Partner brand Sprint got in on the action with its Ultimate Shot game, where players tried to swoosh on a 25-foot hoop for prizes. In the NBA Fan Combine, guests did vertical jump, grip, wingspan and standing reach tests to match themselves up against current and former NBA players. Fans got a shot as a sportscaster in the NBA broadcast booth and requested songs via #NBANation at the interactive dj booth. Sprite stepped onto the court with its Slam Dunk Contest for amateur athletes, judged by Darryl Dawkins and other local sports and entertainment personalities (Activations by RedPeg Marketing, Alexandria, VA). 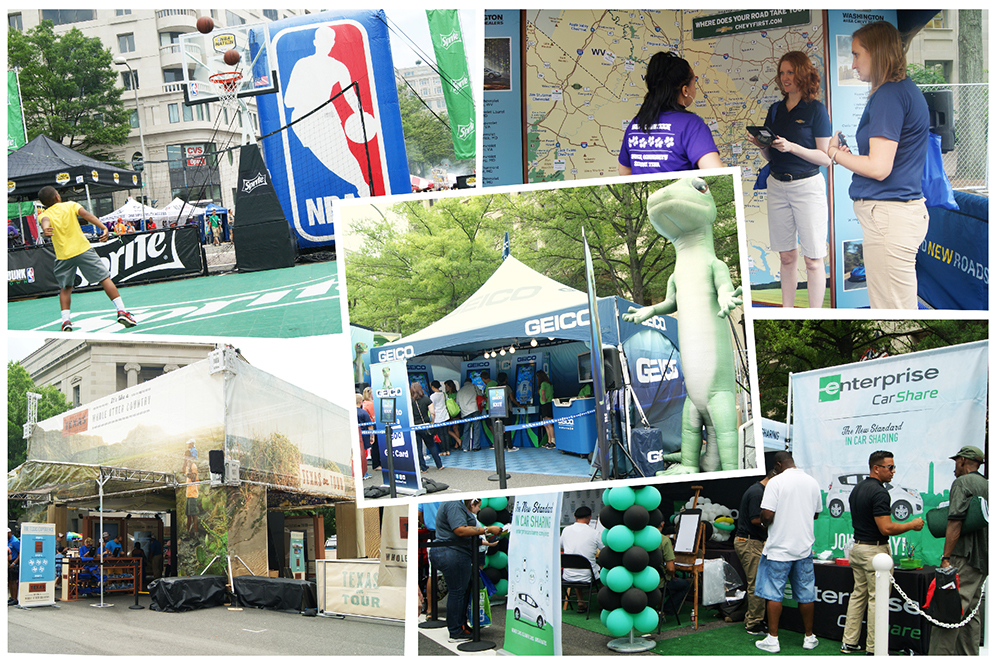